Is superposition state of SHO ever observed? [closed]

So, is superposition state of Simple Harmonic Oscillator(SHO) ever observed? If yes, what is that "particle" which was put in the potential energy well (e.g. 1-dim) $V(x) = {1 \over 2}kx^2$ ? Was it electron or some atom or some molecule or something else ?

where $H(\alpha x)$ are Hermite polynomials.

Heisenberg says that there is no particle trajectory since experimentally he can not have position of the particle as a continuous function of time. Heisenberg considered only those quantities (e.g. intensities of spectral lines) which can be measured experimentally while developing his theory.

If we can not achieve experimentally the superposition state of a particle, then we should neglect this concept of superposition, as per Heisenberg's logic.

OP explicitly asks whether a material object (i.e. not a state of light) has been placed in the superposition $|\psi⟩=|\psi_1⟩+|\psi_2⟩$, where $|\psi_n⟩$ is the $n$th Fock state of a harmonic oscillator. 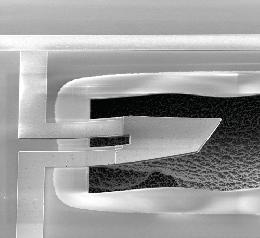 There are plenty of other realizations of this superposition in a wide variety of systems, both light-based and material-particle-based. However, this site is not really the place to ask for a complete enumeration of them.

Not the answer you're looking for? Browse other questions tagged quantum-mechanics hilbert-space measurement-problem superposition or ask your own question.

2
Has a photon or electron ever been observed in a state of superposition?
4
Problem in understanding the concept of 'superposition' as explained by Dirac
0
Physical quantities have definite values?
3
What happens to the wave function of a particle immediately after measuring its energy?
8
Why is there a time dependence in the Heisenberg states of the Haag-Ruelle scattering theory?
20
How to rigorously argue that the superposition state is unstable in spontaneously symmetry breaking case
6
How are entangled states created?
25
The importance of the phase in quantum mechanics
0
The superposition principle in quantum mechanics