Is a real voltaic cell always schematically equivalent to an ideal battery and a resistor?

In the diagram I have attached, the top circuit is the schematic equivalent I am trying to use to model the middle circuit which uses real voltaic cells (that have internal resistance). I am not sure if these diagrams are equivalent, specifically whether I can correctly convert the voltaic cells into ideal batteries connected to resistors, because when I performed this experiment, there was enough current to light the bulb in the bottom circuit (the only change from the middle circuit is that the wire containing resistor A was removed) but not in the middle circuit. This contradicts how adding an extra wire in parallel (the wire containing resistor A in this case) drops the equivalent resistance. 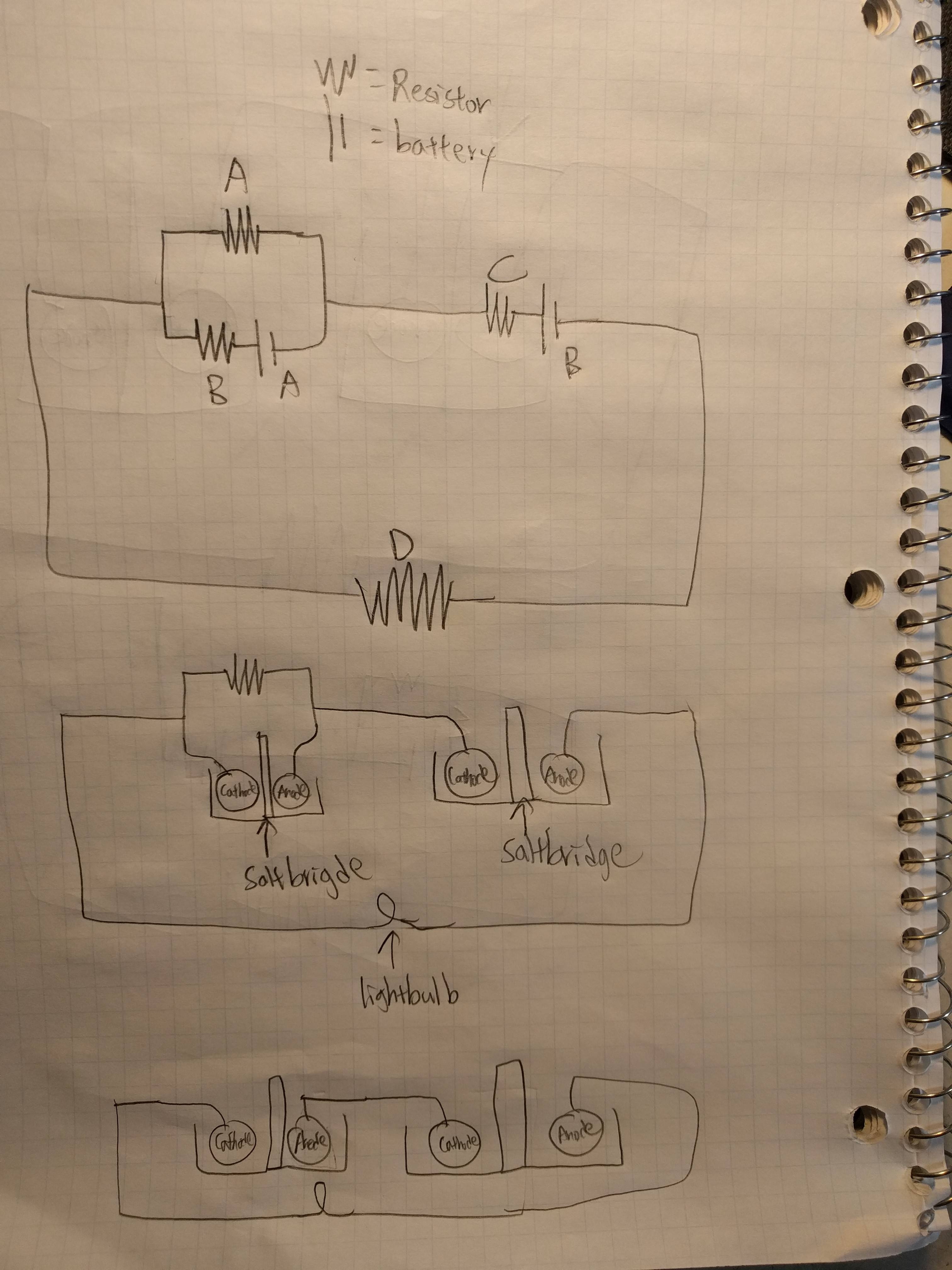 The fact that the cell has internal resistance & it acts as a source corrupts your argument. Your argument that connecting a resistance across one of the cells in parallel reduces the overall resistance of the circuit and hence expect the current to increase is wrong.

Applying KVL to loop the mini-circuit consisting of R1 and the cell which is in parallel to R1.

Applying KVL to the outer loop consisting of R1, R2, r and E (the one outside the mini-circuit).

Solving for I, we get

Power dissipated by the bulb (in other words, the intensity of the light produced by the bulb) is given by $$P = I^2R_2$$

This tells us that larger the current drawn, the brighter your bulb will glow.

You can obtain the current through the bulb for the bottom case by substituting $R_1$ as infinity. Doing so, we get

Plotting a graph between the current versus resistance of resistor $R_1$, you get 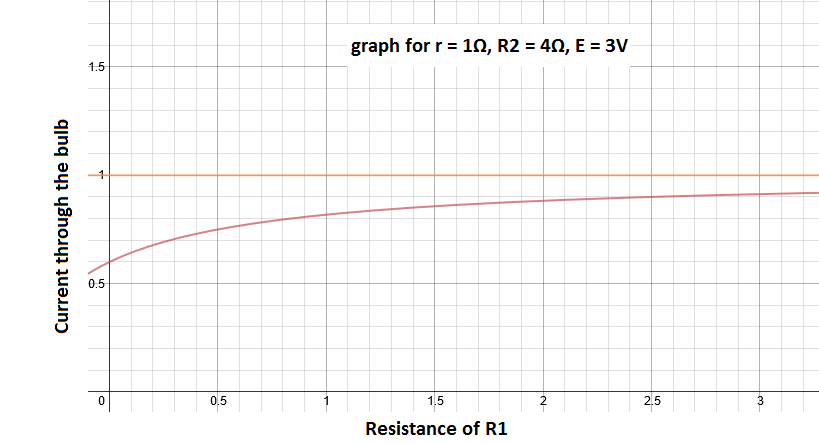 Note that I have used arbitrary values for the constants which is not a problem since the values only determine the boundary conditions of the graph. The shape will remain same for any set of constants.

You can clearly see that the red line tends to coincide with the orange line as the resistance of $R_1$ approaches infinity which is consistent with our predictions. The orange line is basically an asymptote for the red line.

From the graph, it is clear that by adding a resistance in parallel to one of the cells, the current through the bulb decreases, hence the power and brightness decreases.

Also, note that the power goes as the square of the current. So a decrease of current by half would reduce the power by a factor of 4.

A good fact to be aware of is, "the cell to which a resistor is connected in parallel does not deliver any significant amount of power to the bulb" for low values of resistance $R_1$. The bulb utilizes the energy from the cell which is outside.

4
Finding equivalent resistance in complex circuit
0
Light bulbs in Series
0
Conceptual scheme of circuits
1
Question on measuring $I$-$V$ characteristic of a component
0
Confusion regarding current and resistance in series circuit
0
Graph profile of the voltage drop vs resistance across a resistor, and the physics behind electric potential difference