How did my candle wax crawl up the sides of the jar?

I have an Ikea candle which has sat on my bookshelf in the sun for >5 years. Aside from an hour or two shortly after I bought the candle, I have not burned the candle regularly (in fact, the wick is broken off at the moment).

After sitting in the sun for a few years, the wax has begun to crawl up the sides of the glass jar the candle is sold in. How does the wax crawl up the jar? I know that the outsides are certainly growing up, rather than the centre falling down.

Originally after the candle was lit, the centre was depressed but no wax had begun to climb up the sides. It was only several years afterwards that I noticed the wax crawling behaviour. So it is not anything to do with candle being lit.

The candle looked like this when I bought it: 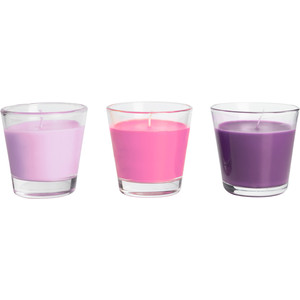 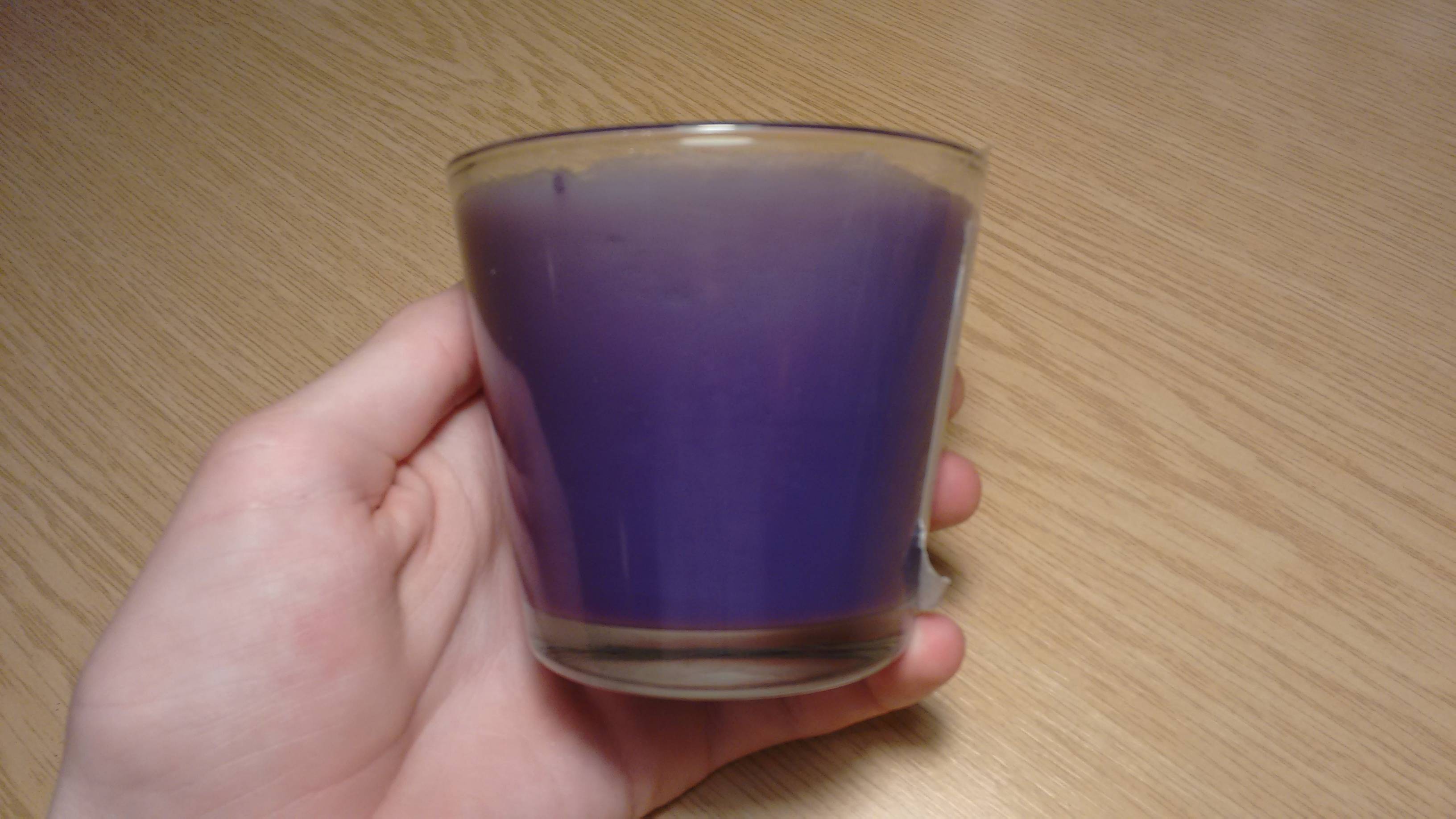 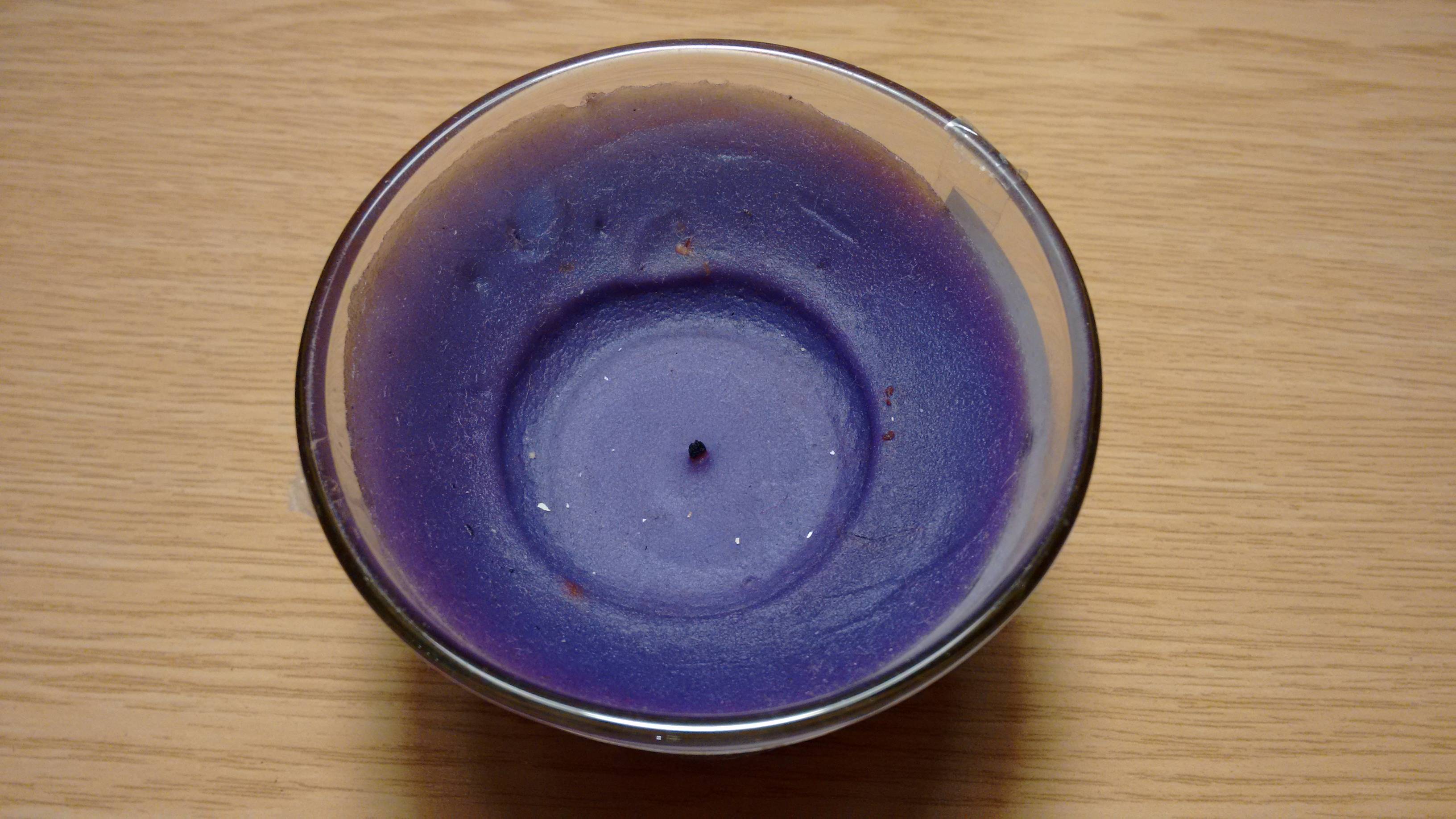 How does the wax have such a strong attraction to the walls of the jar, and how does it flow, given that it is a solid? Where does it get the energy from?

thermodynamics temperature everyday-life
Share
Improve this question
edited May 19 '16 at 8:58
hifkanotiks
asked May 18 '16 at 20:43

Yeah, I would guess that the alternate heating/cooling of the wax in the sun pushes it up the side of the glass. Presumably the surface tension between the wax and the glass is quite strong and holds the wax up once it's been pushed up. Subsequent cycles cause wax to "backfill" the wax that's been pushed up.

It would be interesting to design an experiment to learn more about the characteristics of the process.

Candle wax expands considerably when hot and molten. So while burning the candle the level in the glass rises.

But when the candle is extinguished the outer region (nearest the glass) cools down quicker (candle wax doesn't conduct heat very well) and solidifies first, becoming immobile. The molten remainder then shrinks before solidifying.

Here's a corroborating experiment almost anyone can carry out. Allow a cup candle (even a small tealight candle will work) to burn for a sufficiently long time, so a large molten puddle has formed. Now gently extinguish the flame and allow the candle to cool down and solidify undisturbed. The originally flat solid surface will have become convex.

The energy comes from the sun, that much is certain.

One possible mechanism is capillary action resulting in a meniscus, assuming the sun heats the wax to a (near) liquid state.

The other possible mechanism is a vaporization/redeposit cycle. During the day, heat from the sun creates wax vapor, which is heavier than air [citation needed] and therefore stays within the confines of the jar. At night, when the jar cools, the wax vapor is deposited on the sides of the jar.

It is entirely possible that the entire candle has melted in the sun. If this happens the molten wax has a significantly greater volume than the solid wax candle and so the whole level will rise up the glass ie liquid wax takes up more volume than solid wax.

As it cools again the level will fall as it solidifies. Typically it will cool from the top and sides first as these are what is exposed to the air and can lose heat most easily. In fact wax will generally form a semi-solid skin on its exposed surface as it cools. This gradually sinks under its own weight as the bulk of the wax cools and contracts but will remain stuck to the sides of the glass at its edges at the level it was when it was completely molten.

To put it another way it is not so much a case of the edges of the wax 'climbing' the sides as the whole level rising and the edges being left behind as it re-solidifies.

You can actually watch this happening over a few minutes if you fill a container with melted wax and let it cool.

My hypothesis is this. When the Sun heats up the wax, the wax gets soften or melt. The surface tension between the glass wall and the wax then drag the wax up the wall.

Once the wax is heated with solar radiation during the day, it expands in every direction in the cup. When it cools down during the nights, the center wax returns back but the wax adjacent to the cup faces another attractive force called adhesion. Adhesive force is the force between different molecules in contact. So, my explanation for the concavity of the wax is because of the existence of adhesive force between the wall molecules of the cup and molecules of the wax in contact with the wall, part of the wax facing the wall sticks to the glass cup wall (Click here for more on cohesive and adhesive forces). But the central wax doesn't face the adhesive force and hence returns back when cooled during the night. Repetition of this phenomena (sticking molecules to the wall) for a long time (day and night) results the shape we look at now.

32
Why do particles in the molten wax near a burning candle wick get pushed away?
0
Why is it sometimes hard to open the jar?
0
The paradox of the floating candle that continues to burn (singular candle)
3
How can I use a candle to heat glass/quartz to a specific temp
0
A candle inside a jar situation
0
Why did these stalagmite-like structures form on the side of my candle?
0
Does heating a jar lid significantly expand the metal?