Does the universe have a center? [duplicate]

Where was the big bang? What is there now? Are we moving away from the center still? Are these even valid questions?

The big bang was everywhere, because distance didn't exist before it (or as @forest more accurately commented, "measuring distances was meaningless since the distance between any two discrete points was zero",) so from one perspective, everywhere may be the centre (especially as some theorists think, the universe doesn't have an edge)

The real issue is that the question shouldn't matter, as we can only gain information from distances within our visible radius and once we get to that limit, what we see gets closer to the big bang so it all looks closer to the centre.

If you think the universe is finite in size, then the analogy to use is an inflating balloon. Draw some points on the balloon, and inflate it. Note how every point sees all the others moving away, and none of them can claim to be the universal center of expansion. If there is a center at all, it is interior to the surface of the balloon. However, in this analogy, the entire universe is the surface - a two-dimensional being on the surface could only talk about the center we perceive in 3D through abstract mathematics, as it is not actually a point in their universe.

Of course, that applied to a finite, "closed" universe. Perhaps the universe is infinite and generally "flat" (as more and more appears to be the case). Then the proper analogy is an infinite flat rubber plane with points marked on it. You could stretch the rubber symmetrically about a particular chosen point A and call this the center. However, this choice is arbitrary. To see this, shift into the frame of one of the "moving" points - call it B. From B's perspective, everything looks like it is moving away from B.

In short, there is no well-defined point everyone can agree is the center of the expansion of the universe.

You'll see it clearly in this two images: 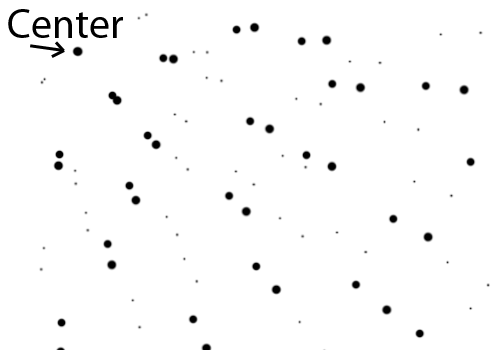 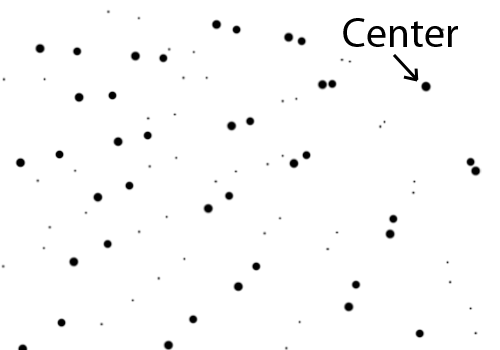 As you can see, I've only moved one layer, while the other stays static.

This is a clear example what happens in the universe.

Everywhere is the "center of universe".

Depends on the system. During the history the notion of universe had a center. Sometimes the Earth was in the center and later on the Sun was there. The current theory says that the universe is expanding in all direction so the center will be quite difficult to calculate and probably a very empty space.

Not the answer you're looking for? Browse other questions tagged cosmology spacetime universe big-bang or ask your own question.