Understanding zero field inside a conductor? 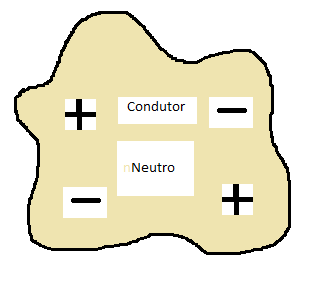 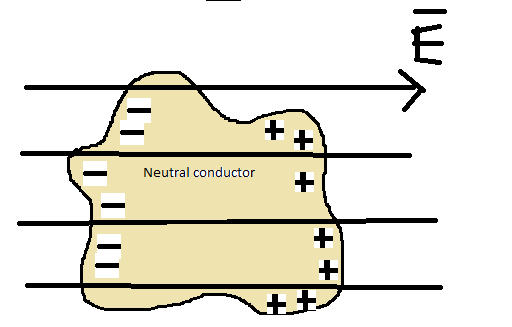 Now, lest's charge the conductor negatively. Since electrons move "freely". the electrons will repel each other in an arrangement as follows: 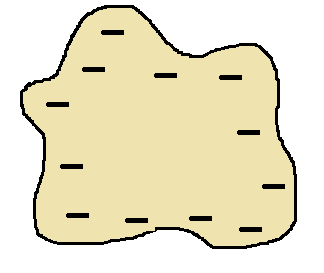 At this point, according to books and videos, the electric field inside is still zero. The charges arrange so that any point inside experience a 0 electric field. But I don't really see it. The former case is more understandable. Now, there's not an external field arranging the charges so that they cancel the field. The only field I see now is the one created by the conductor itself.

electrostatics electric-fields conductors
Share
Improve this question
edited May 3, 2016 at 16:43

On a local level, when you measure the electric field in matter (conductor or otherwise) there is a rapid variation both in time and space. Semiclassically, the electric field get's very large as you approach the nucleus, then drops off, the electrons are moving around the nucleus at very large speeds. So, yes, you are correct when you say there will be non-zero electric fields in conductors. Experimentally, though, any measurements we make in matter, are really time and space averaged results. These averaged fields are sometimes referred to as the macroscopic fields and it is these fields that are usually made use of. A very good reference if you can get it is a paper by Russakoff, American Journal of Physics Vol 38, Number 10, pp 1188-1195 (1970).

2
Microscopic fields inside a conductor