Where does the light of the Big Bang come from?

I'm wondering whether the residual light of the Big Bang comes from one particular direction and what possibilities do we have to detect its position? 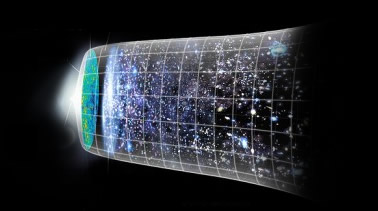 By "the light from the big bang", you must mean the cosmic microwave background, which did not come from the big bang directly, but was emitted during recombination about 400,000 years after the big bang. At that time, it was emitted from basically all directions and locations in space. The universe was born hot, and cooled gradually as it expanded, meaning the photons were becoming gradually less energetic. Photons and matter in the universe were interacting constantly, and light could not travel very far before interacting with protons and electrons and changing direction. Electrons and protons were also coming together to form neutral hydrogen atoms, but these were quickly dissociated by photons.

It comes from everywhere. The thing is that the Big Bang didn't happen at an isolated point and expand into existing space. Space was compact then and has grown bigger in the intervening time.

The cosmic background radiation is the energy remaining from the Big Bang that gave birth to the universe. The theoretical prediction of this radiation was performed by the Russian physicist George Gamow and two colleagues Robert C. Herman and Ralph A. Alpher in 1946.

Not the answer you're looking for? Browse other questions tagged cosmology electromagnetic-radiation big-bang cosmic-microwave-background or ask your own question.

7
Big bang and time
4
Big Bang and Cosmic microwave background radiation?
3
Excluding big bang itself, does spacetime have a boundary?
1
Searching for Big Bang Neutrinos
19
Does all hydrogen originate from the Big Bang?
11
How do we know what happened during the Big Bang?
0
After the big bang
15
Why can’t you see at the start of the Big Bang?
1
Where does the 379,000 year recombination prediction of the Big Bang theory come from?