How does change in medium affect object distance/image distance?

Say,we have a container filled with a liquid of refractive index $7/5$ upto a height up $H$. There exists a plane glass mirror at the bottom of the container.

Now if a fish were placed at a height of $H/2$ from the bottom, at what distance from the fish would its image be formed?

Same for the image distance. 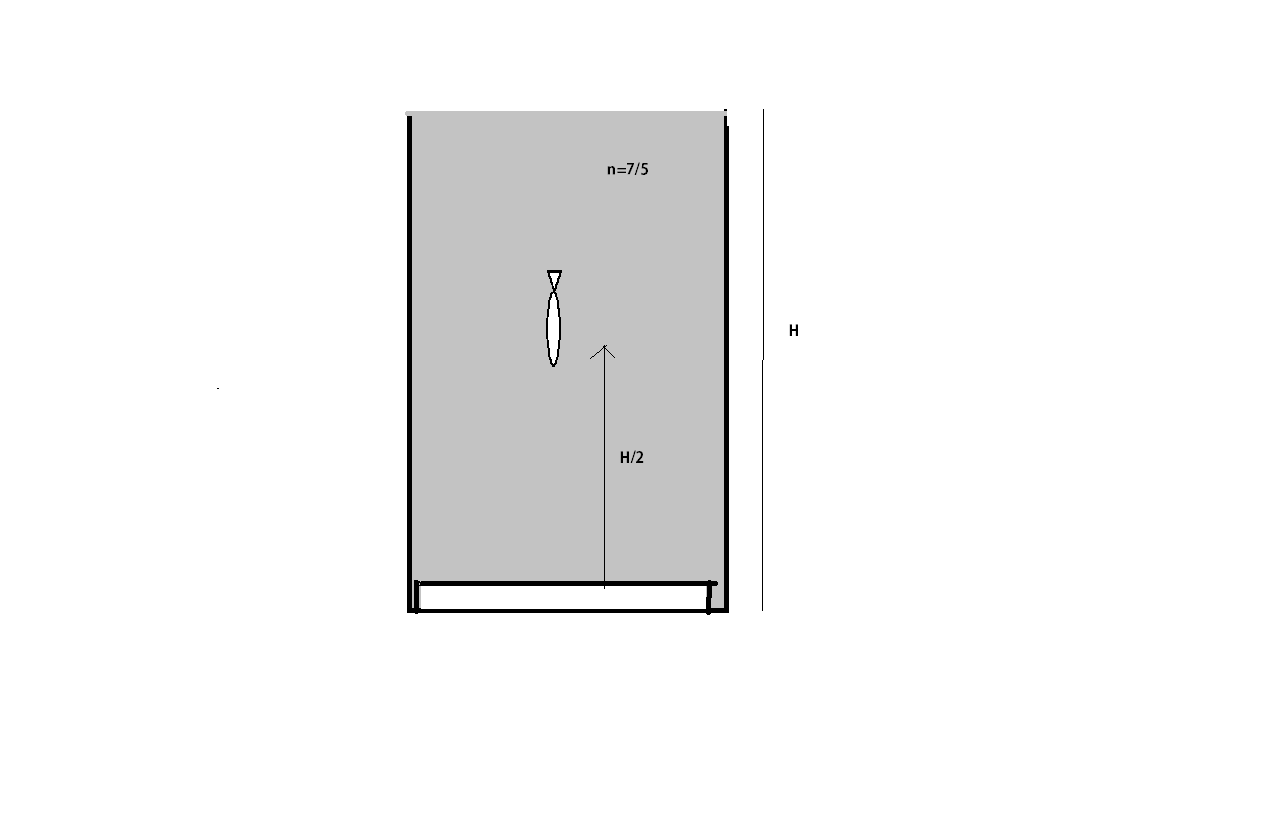 The concept of "image" of a point means: the reflected/refracted light rays from it seem to come from the image point. So if you follow them backwards where they came from and prolongate them beyond the spot where they were reflected/refracted, they meet at the image point. Note: tt is not obviuos, that such a point must exist, the rays don't have to meet, and often they do only in some approximation.

The case of a mirror is a case, in which the image does definitely exist.
The rays are reflected following the rule, that the incident and outgoing angles are equal, always, independent of what media are involved!
The rays all seem to come from the reflected point.
This is a geometrical statement. That's why the concepts of "reflection" in the geometrical sense and the optical sense coinside. Those are genuinely different concepts, but the geometrical ("move the point in perpendicular direction by twice its distance") always implies the optical ("light ray from observer to reflected point defines a spot of reflexion; the angles of the rays spot-observer and spot-object are equal").

Note, that the distances seem smaler in water, not greater as you wrote. This is also a case of the concept of "image", but this time aproximate!
It's only valid for small objects when all light rays are nearly perpendicular.
Light rays are refracted to be neerer the perpendicular direction inside the wter; so the prolonged light rays seem to meet nearer the surface than the actual ones.

It depends on from which material you are viewing. If you are viewing with your eye placed inside the water then you have to consider the "object" distance because now, only the phenomena reflection takes place. However if your eye is placed above the water, then "optical" distance is taken into consideration since both reflection(from the mirror) as well as refraction(due to air-water interface) take place. Please feel free to ask for more detailed explanation.

Not the answer you're looking for? Browse other questions tagged optics reflection refraction geometric-optics or ask your own question.