EDIT:I would like to say thank you to those who have commented so far trying to help me. It is really appreciated!!

In a project, I am analysing the frictional behaviour of different specimen on a number of surfaces. I am trying to identify which specimen provides better grip (i.e. greater coefficient of static friction), however there is no peak in frictional force before the slip region which corresponds to static friction.

As such I am unable to determine the static friction coefficient and have uncertainty as to whether the slip region corresponds to dynamic friction or whether there is some other mechanism being exhibited, such as stick-slip friction.

The attached picture shows the trend which is seen in every repeat (5 total for each surface) across 11 different surfaces (wood, metal, plastic, fabric etc).

The regions correspond to:

As can be seen, the friction coefficient (frictional force/normal force) is constant throughout the testing pretty much.

Can anyone offer any ideas as to why the results are coming out like this and what is possibly going on? 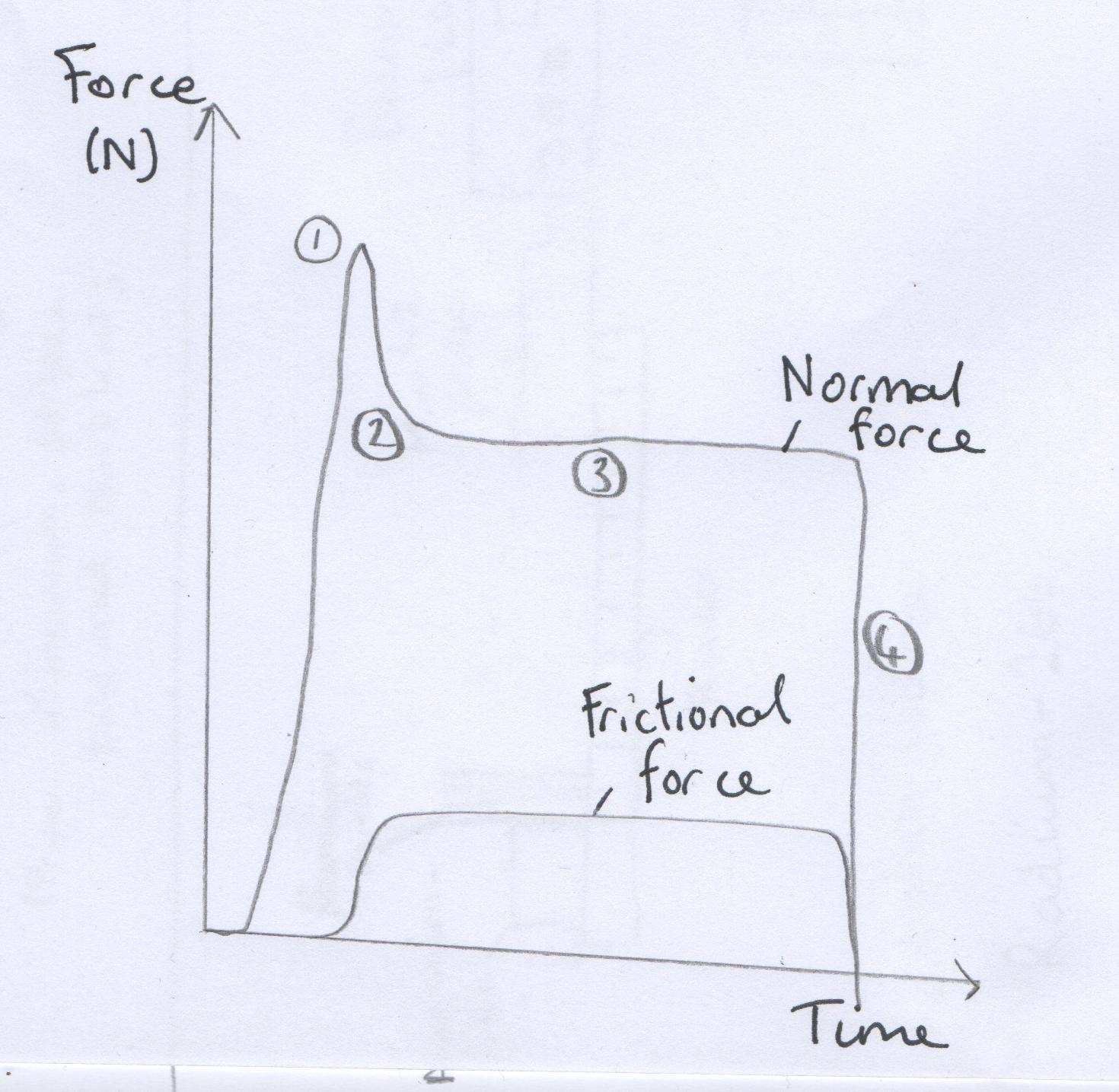 Here is the results I was expecting which gives me two definite regions where I can determine static and dynamic friction: 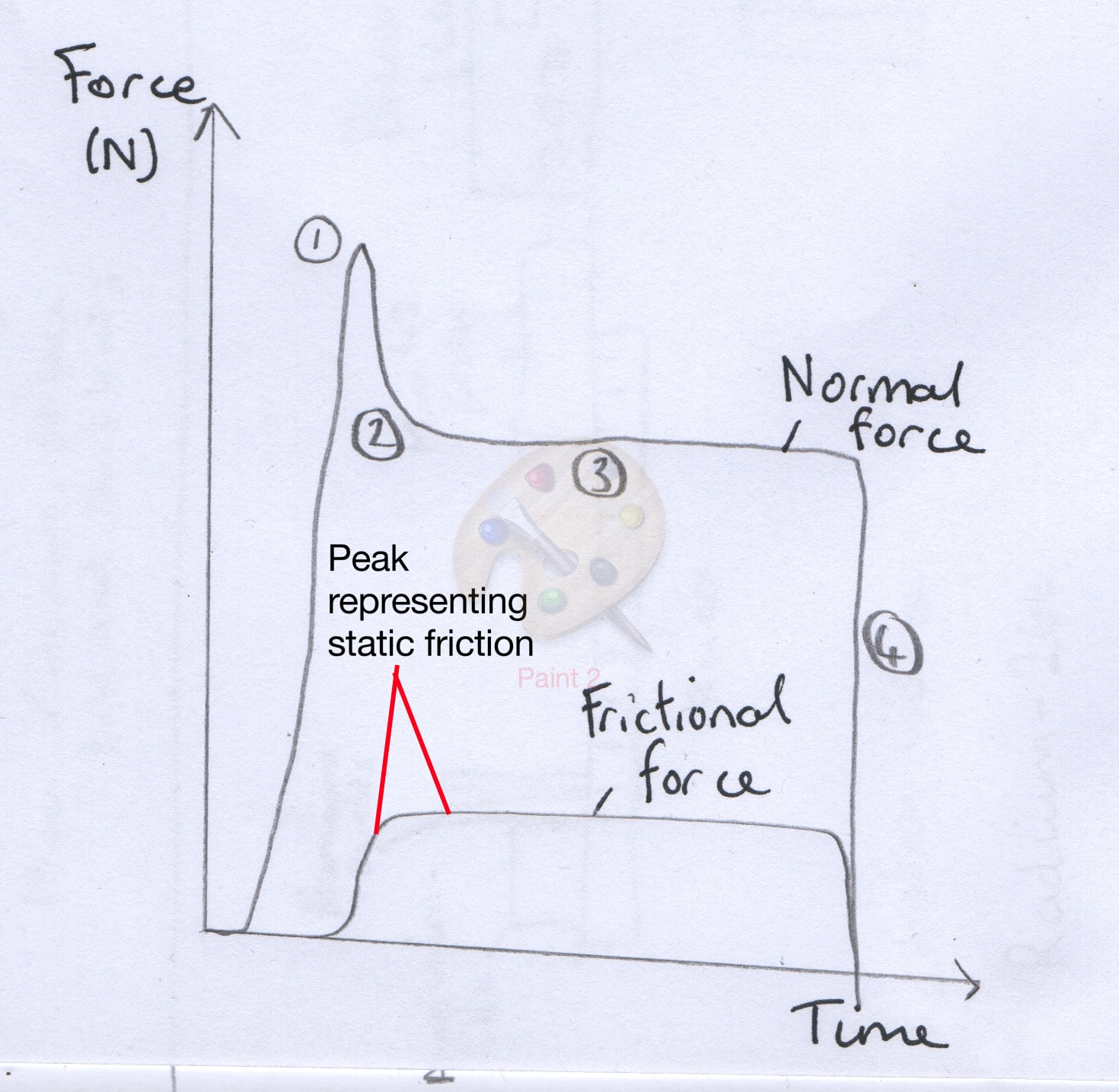 it remains constant because it is independent on the force(horizontal) you apply, surface area, time etc. however if you also include static friction in your graph it would have looked more like this:

From graph we can see:

Static friction - increases and is equal to the force applied to remain in equilibrium until applied force is smaller than: $$F_s=\mu_sN$$

Therefore the maximum force that we can apply on an object so that it can remain in equilibrium is greater than the force of kinetic friction which is constant, because of this we can observe that force of friction is decreasing when the object starts moving which is seen in the graph above colored in green.