Arrangement of Nucleons due to Strong Force

I was reading up on the fundamental forces of nature and I was wondering about the arrangements of nucleons due to the strong force. Considering electromagnetic repulsion, having 2 protons "bonding" together in the following arrangement:

would be impossible due to repulsion. However, according to strong force, once the protons are close enough, strong force should take over and bind them together rather stably.

Similarly, in a system with 2 neutrons and 2 protons, a bonding like below should be attainable:

However, in most textbooks and sites I have checked, they usually describe an alternating pattern instead. Hence, I would like to know why these arrangements are not possible.

Nuclei belong to the quantum mechanical framework, the underlying network of all natural forces. 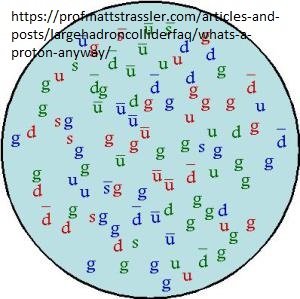 The image is a good approximation of the large number of gluon exchanges between the valence quarks that hold the nucleus bound in its mass envelope.

The nuclear strong force is a spill over force called residual, out of the nucleon bags , similar to the van der Waals forces in the atomic electromagnetic scale, and they are the forces that hold a proton and a neutron together in a deuteron.

Unlike the strong force itself, the nuclear force, or residual strong force, does diminish in strength, and in fact diminishes rapidly with distance. The decrease is approximately as a negative exponential power of distance, though there is no simple expression known for this; see Yukawa potential. This fact, together with the less-rapid decrease of the disruptive electromagnetic force between protons with distance, causes the instability of larger atomic nuclei, such as all those with atomic numbers larger than 82 (the element lead).

Due to the self interactive nature of the gluon exchanges, which are at the kernel of all nuclear forces, the nucleons cannot arrange themselves in a crystal structure as in solids where the photon does not self interact so an image of a nucleus as a crystal like structure is wrong from the basic level. There are regularities which the repulsive electromagnetic versus attractive strong force the nucleons into, but these are not spatial, they are regularities in quantum numbers, like baryon number and charge, as seen in an isotope table. For certain combinations nuclei are stable, for others extremely unstable.

The nuclear shell model is quite successful in classifying nuclei in energy levels. The alpha particles are particularly stable and appear often in decays of unstable nuclei due to their stronger binding, and have been used in modeling the shell levels. All these models are in energy levels and quantum numbers, there is no spatial symmetry at the nuclear level.

Not the answer you're looking for? Browse other questions tagged nuclear-physics neutrons protons strong-force or ask your own question.

12
Why are the dineutron and diproton unbound?

4
Theoretical Stability of “AB-matter”
2
Why don't neutrons cluster on their own?
2
Basic questions about the strong force
0
formation of atomic nuclei from nucleons
0
Why does fusion above nickel 56 require energy?
1
How does meson exchange work within large nuclei?
4
What is Binding energy, actually?