Why the common beam in Barton's pendulum? 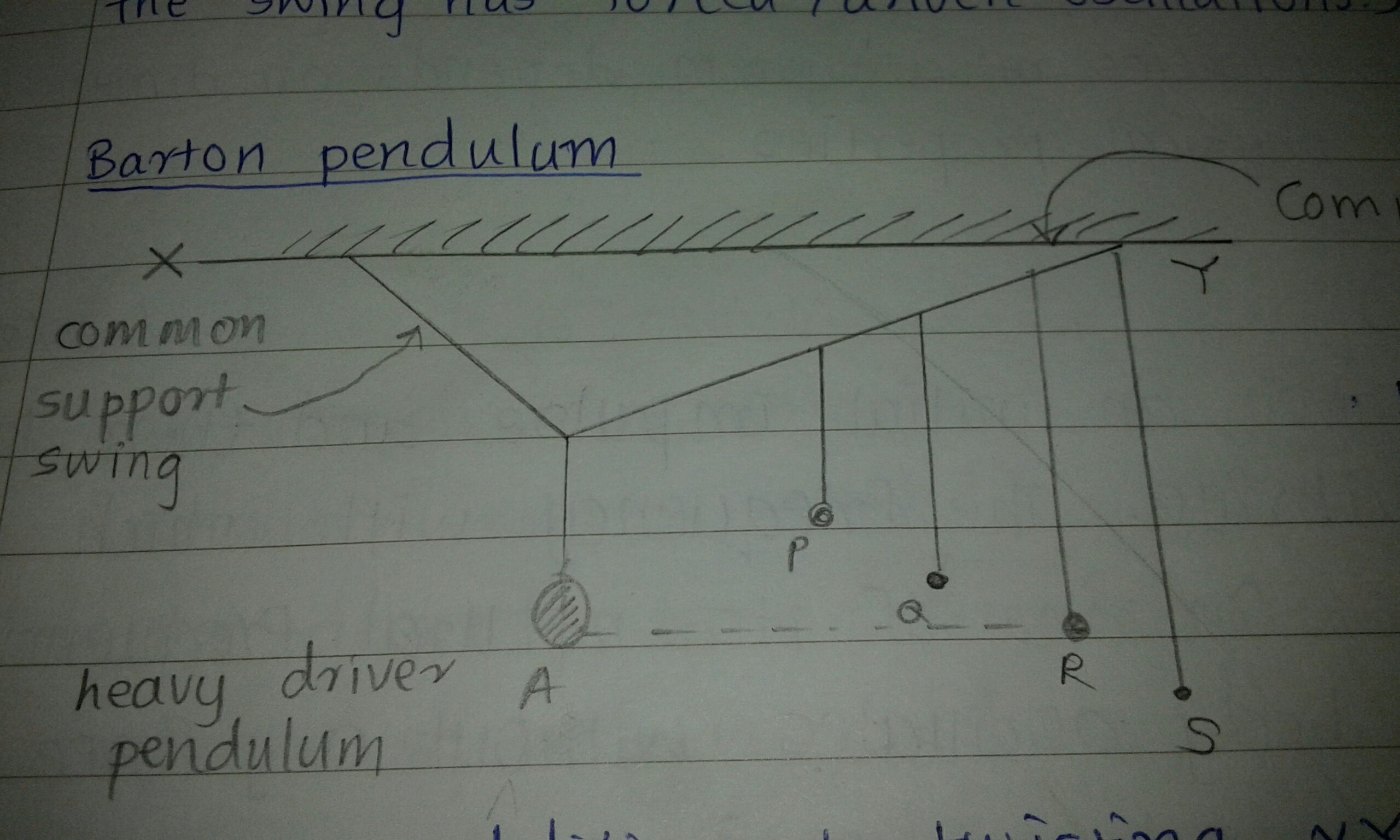 So the theory is that R vibrates with largest amplitude due to resonance. Because when measured from the common beam its length is the same as that of A, so A's vibration would pass to R the same amount of energy R would have vibrating on its own. Right?

My question is, how come the lengths have to be measured from the common beam? It just oscillates about the point on the string where it was fixed, so shouldn't that be the point from where you measure length if you want to get the right values of energy?

I've been thinking , if you measured the lengths of one of the smaller pendulums, one from the common beam and the other from the string, and also measured its time period, which length would correspond to that time period?

I know that the common beam is the right one, because I saw R vibrating with high amplitude with my own eyes. (It threatened to knock my eyes out ☺) I just want to know why, because theoretically it seems to me that it should be from the string.

You have reasoned correctly that one should measure from the point the pendulum pivots about. You missed to see however, that if you are in the the resonance scenario, the 'common support swing' is swinging to and fro too, and the line the string of the pendulum in resonance / the driving one forms lies in the same plane as the common swing. I.e. the pendula which are in resonance actually turn around the support swing's pivots.

Unfortunately I have trouble putting the situation into words; I suggest viewing/imagining the apparatus 90° turned from the view on the sketch and it should become clear.

The Physics is a little bit more complex than what is usually assumed. The driver exerts a periodic vertical force on the string. As a result there is a wave propagating along the string and the point of anchors of each pendulum moves periodically up and down. How can a vertical motion transform into an oscillatory motion? Each pendulum is in fact a Wilbertforce pendulum. The formula for the coupling has been derived by Arnold Sommerfeld. In any case, the OP is right, the relevant length is the length of the string.

Not the answer you're looking for? Browse other questions tagged newtonian-mechanics resonance coupled-oscillators or ask your own question.

2
Calculating pendulum rate variation due to change in force of gravity over arc of swing
1
What really is the significance of the resonant frequency in terms of "ease of vibration"?
3
Rate at which a pendulum bob slows due to air resistance?
0
Oscillation period of an ideal pendulum (help with differential calculus)
8
How does a guitar work?
0
Forced oscillations