I'm new to this forum and I'm studying semiconductor physics at the moment. I just wanted to ask a thing about the concept of spin: when it was studied for the first time, in the Stern-Gerlach experiment, there was an apparatus that deflected the incident particles with a magnetic field ( the particles had spin 1/2), and those particles were able to locate either in the top or the bottom part of the screen.

My question is: what would happen if in the experiment particles with spin 1, 2, or 3, for example (bosons) were used? Where would the particles accumulate in that case, and why? I know that such an experiment is impossible to do with photons, because they don't posses a magnetical moment, they only posses spin, but I mean in the case of other kind of particles, with integer spin.

In this case, as there are three different spin states, we would observe three points at the screen instead of two (in general, for particles with spin $S$ we would observe $2S+1$ equidistant points).

The Stern-Gerlach experiment for electrons looks like this (picture taken from Wikipedia): 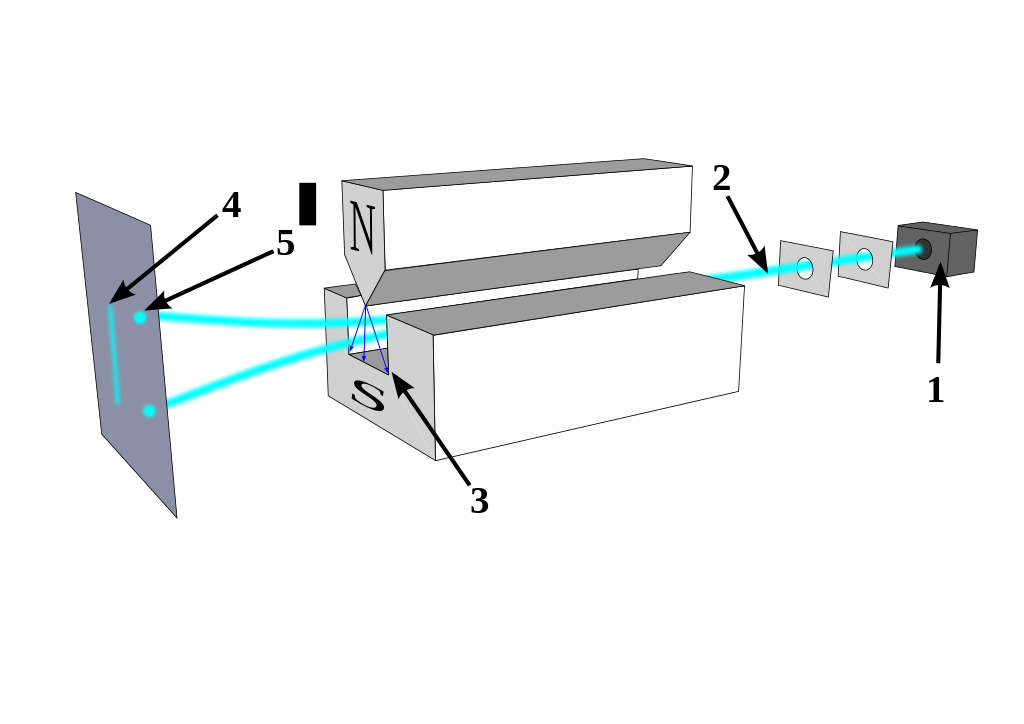 If we could do the same with $W$ bosons, there would be a third beam, which would be straight, corresponding to the $\mu_z=0$ state.

9
Is there record of a bosonic Stern-Gerlach measurement?