What is the difference between a sudden force which continues to act on the body, and an impulsive force?

What would be respective speeds of the body just after time= 0?

In both cases, the speed of the body at time $t=0$ would be zero, if it was initially at rest. Then you will ask, what is the difference between an impulsive force and an "ordinary force" which keeps acting continuously?

Actually, there is no fundamental difference between them. But when we say impulsive force, we mean that the force is of very large magnitude, and acts for a very short interval of time (on normal timescales). An "ordinary force" acts for a significant amount of time and has a relatively small magnitude (around the values typically given in physics problems). These graphs will make it clearer: 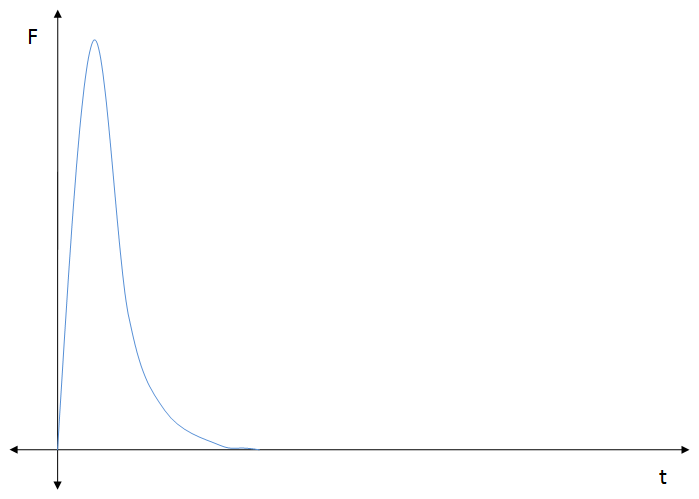 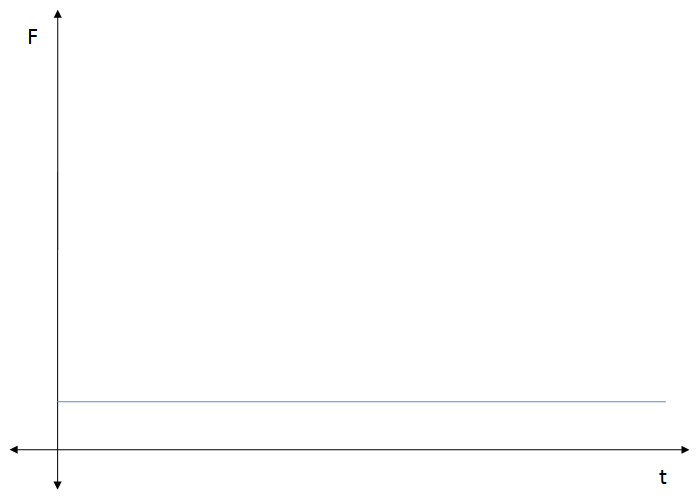 The first one is of an impulsive force, and the second one of an ordinary force.

Not the answer you're looking for? Browse other questions tagged newtonian-mechanics forces terminology collision or ask your own question.

8
The elusive difference between force and impulse

8
The elusive difference between force and impulse
0
Rigid Balls aligned along a line in vacuum
3
When can a force be an Impulsive force?
2
How to conserve energy in case of impulsive forces?
2
What is the difference between damping and elasticity forces?
43
For collision, physical contact is not a necessary condition. Why?
0
Time taken to experience a force
0
Validation of Work-Energy Theorem
1
Mathematical expression of impulsive forces during a collision