Strength of the centrifugal force

Let's say you're on a roundabout. When you're radially further away from the roundabout would you feel more centrifugal force or less? I feel like intuitively you'd feel less, but from the actual formula it seems to be the opposite case?

Since $\omega$ is assumed to be constant here, the centripetal force indeed gets larger with $r$. Hence why you need more force to hold on near the edges of the roundabout than at the centre, giving the roundabout spins at the same angular velocity.

Also, for more intuitive insight, note that the tangential velocity increases as you move further from the centre, even though the angular velocity does not change, $v_{tan.} = \omega r$: 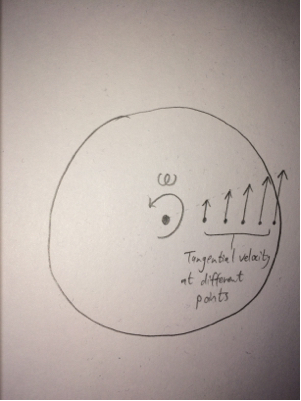