Why the properties of a substance like color changes when we go into the nano scale?

I have heard that the physical as well as chemical properties of a substance changes when we go to the nano scale. For example, Gold is considered an inert material in that it doesn’t corrode or tarnish. Normally, gold would be a silly material to use as a catalyst for chemical reactions because it doesn’t do much. However, break gold down to nano size (approximately 5 nano meters) and it can act as a catalyst that can do things like oxidizing carbon monoxide.
Why the same material behaves differently at different sizes?

It is all due to orbitals, atomic and molecular orbitals, which are the probability loci of where the electrons may be found in space. 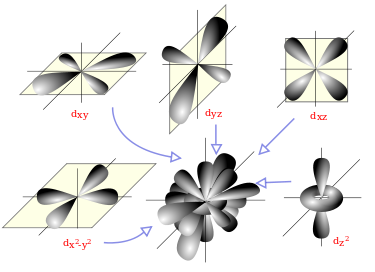 The spatial structure allows for an aggregate of atoms to be able to bind with each other because where the probability for electrons is low, the field from the positive nucleus will not be cancelled and will be high, thus there is attraction and repulsion , and minimum quantum mechanical levels can be attained, depending on how the atoms "fit" in the sense of LEGO brick building, except quantum mechanically.

Because this is at the basic quantum mechanical frame, molecular orbitals, i.e. probability loci will be created for the given combination, with different energy levels, different LEGO bricks . For example:

Again the new spatial geometry will give new possibilities for molecules fitting with each other .

In bulk matter, where ~10^23 molecules exist in a mole, thermodynamic equations of heat exchanges treat atoms and molecules statistically very successfully. The great variety of forms of how atoms( as of gold) and molecules can bind with each other in space , is homogenized and the statistically most probable form will dominate a bulk sample of matter.

With the current technologies, specific three dimensional shapes have been observed and artificially formed, taking advantage of the great variety of possible bindings , leading to the great field of nanotechnology.

Why the properties of a substance like color changes when we go into the nano scale?

Color as frequency is dependent on transitions between quantum mechanical energy levels. If one has a substance which predominantly has a specific nanocluster solid geometry, it will give its specific energy levels when interacting with light, different from another permutation of solid geometry for the same molecules/atoms.

One has to realize that at the nano scale the quantum mechanical framework dominates and it is probability amplitudes and energy levels that characterize the clusters, and differentiate their properties at the cluster level.In a sense it is one huge new molecule: even though the same number of atoms , different spatial orientations/fits generate a new substance, with different behaviors that have to be studied.

Not the answer you're looking for? Browse other questions tagged atoms nanoscience or ask your own question.

2
What is the source of the Curie point?

176
Why don't electrons crash into the nuclei they “orbit”?
0
why is it that the photon incident on metastable state stimulates atom to go into ground state but not to even higher energy state?
3
Why do the radii decrease when we move left to right in the periodic table?
21
Why isn't the color of a molecule a combination of the colors of its component atoms?
1
How is the color difference of CdS nano-particles related to the “particle in a box” problem in quantum mechanics?
0
Why don’t almost all solid bodies merge into one body when they come in contact?