Why only light nuclei are able to undergo nuclear fusion not heavy nuclei?

Heavier nuclei can also undergo fusion, but that's not very useful for energy production. One of the reasons is, as you've mentioned, the binding energy per nucleon. Let's have a look at the binding energy curve (image taken from Wikipedia): 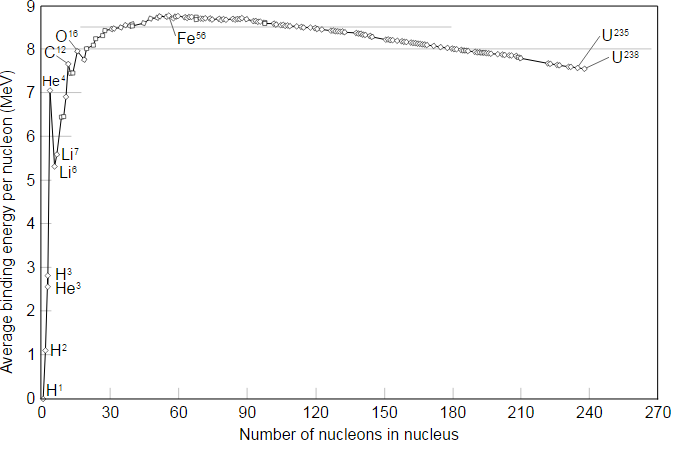 Iron-56 has the highest binding energy per nucleon, which means it is the most stable nucleus. Roughly speaking, elements left of iron-56 in this graph can release energy by fusion. You could also fuse elements heavier than iron-56, but this will only cost you energy.

Another restriction on which fusion reactions are useful for energy production is the Coulomb barrier. When you want to fuse two nuclei together, you have to bring them very close together, within the range of the nuclear force. Remember, however, that the nuclei consist of neutrons and protons, and so they are positively charged. That means to bring two nuclei very close together, you have to also do work against the coulombic force which is trying to push them apart.

When you use heavier nuclei, they will have more protons, and so the coulombic repulsion between the nuclei will increase. The means that you need to put in more energy in order to fuse the nuclei together. Because this only detracts from the efficiency of the process, it is favorable to use lighter nuclei for nuclear fusion reactors.

An analogy: nucleons stick together because of some powerful glue (because otherwise they would fly apart, especially protons because they have positive charge and thus repel each other). Bigger nuclei need more glue, but, until you reach 26 protons or so (i.e. iron), the amount of glue for each extra nucleon is decreasing. Past that point, it starts increasing again. There is a sort of structural quirk which makes an iron nucleus able to fit together with less glue (per nucleon) than any other nucleus.

So if you take a heavy nucleus and break it apart, you get extra glue, because the pieces, together, use less glue than what you had in the heavy nucleus. This is fission: the extra glue is extra energy.

Similarly, if you take light nuclei and squeeze them together until they stick, you also get extra glue: the fusion product uses less glue than what you started with in the two un-fused nuclei.

Fusion with non-light nuclei is possible, but increasingly harder, because:

Consider what happens in big stars: normally they fuse hydrogen, but when they begin to run out of hydrogen, they contract, and their inner temperature increases until the higher temperature allows for fusing heavier elements. Ultimately, the very big stars end up with making unprofitable fusions and can produce very heavy nuclei such as uranium, albeit in very small quantities. This is how we could end up with uranium on Earth.

On Earth applications such as production of electricity, or warfare, we are interested in reactions that produce energy, not reactions that consume energy, hence we use fusion for light nuclei, and fission for heavy nuclei.

There is an interesting case with helium. Helium uses especially little "glue", less than the heavier lithium, so it is energetically worthwhile to do lithium fission. One lithium fission cycles turns two lithium-6 nuclei into three helium-4 nuclei, as two successive fissions involving protons as catalysts. This is very nice on paper because it involves only relatively common elements, seems amenable to a "chain reaction" (since you get back the catalyst protons, with extra energy), and is aneutronic, hence theoretically "clean". Unfortunately, this lithium fission turns out not to be sustainable because the "catalyst protons" lose their energy very quickly in any decent plasma -- the "chain effect" does not work well.

Well, we are all aware of the fact that every system tries to minimize its potential energy.Now, potential energy of of heavy nuclei is greater than that of light nuclei. If it were to encounter FUSION, that would result in decrement of binding energy AS PER THE BINDING ENERGY CURVE

3
Can heavy elements be fused?
15
Why can't Iron fusion occur in stars?
14
Why does fusion stop at iron when nickel is most tightly bound?
7
Reason why stars do not produce elements heavier than iron
2
What is the heaviest element being produced in Sun?
0
In nuclear fission, how does the strong force get dominated by the electrostatic repulsive force?

26
Why is the nucleus of an Iron atom so stable?
3
Nuclear Binding energy
9
Why more Fe-56 than Ni-62 as fusion product in heavy stars?
1
Does nuclear fusion of light nuclei occur in fire or boiling water?
0
Why do heavy unstable nuclei emit nuclei with high BE?
1
Why is there a link between binding energy per nucleon and fission energy?
2
Why does nuclear fusion not occur with nuclei with a nucleon number higher than 56? Please tell me if I am correct