Suppose there are two charged black holes which collide to form a bigger black hole.

But when they combine, a lot of potential energy of the system is lost/gained depending on their charges (the opposite or the same). Will it manifest as an increase/decrease in mass of the big black hole?

If the mass were to come down (+ve ,+ve collision) will the resultant black hole shrink in size?

The issue of particle annihilation is immaterial to the final mass of the merged black hole. If the traditional, "no-hair" view of gravitational collapse holds, and the particles lose their identity when crushed into a singularity, there would be no particle annihilation at all. If some newer and more exotic physics holds, such as string theory or loop quantum gravity, that rescues gravitational collapse from creating singularities, then even if the basic particles retain some sense of identity and can annihilate, these dynamics will still occur inside the event horizon of the black hole, and the energy released from the annihilation event will still be trapped inside the event horizon and register as mass from outside.

The only issue at stake, then, is the bulk electrostatic potential energy as the two black holes approach each other. If the holes are oppositely charged, then potential energy will be converted to kinetic energy, and presumably some of this will get radiated away during the collision, resulting in a slightly lower mass for the resulting black hole. If the black holes are of like charge, then it will require more work to bring them together, and this work will probably end up reflected as a slightly larger mass of the resulting black hole.

As a practical matter, however, the fractional difference in mass will be minute. All objects of astrophysical-scale masses, including black holes, will be found to have negligible net charge, due to the abundant presence of free electrons and ions in interstellar space. Any object in space with a large net charge will rapidly accrete free charged particles, neutralizing itself.

For tiny black holes on the primordial or quantum scale, Stephen Hawking calculated that such a black hole can only have a net charge of a few electrons (eight, perhaps?); any more and not enough bound electron states could exist for such a "black hole atom" to be stable against the black hole nucleus accreting charged particles and neutralizing itself.

I read this paper early in grad school and remember it relatively clearly, but so far I haven't been able to find the reference. Will update if I do. However, I did find http://arxiv.org/PS_cache/gr-qc/pdf/0001/0001022v1.pdf In this paper, on similar stability and half-life arguments, they claim that a primordial black hole could not have a charge greater than 70.

There is a super computer simulation courtesy of NASA which shows how severely space and time would warp under the force of such a catastrophic collision. The energy unleashed in such an event would be second only to the big bang itself.

Recent research and computer simulation of such a merger indicates the the shockwave of gravitational waves would eject one the black holes in a phenomenon called recoil. The image below shows a supermassive black hole recoiling in the aftermath of a galactic collision with enough velocity to escape the galaxy. 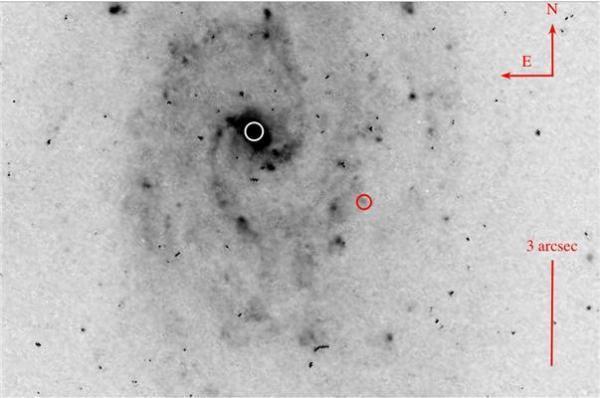 See POWERFUL FLARES FROM RECOILING BLACK HOLES IN QUASARS published in Astrophysics by Shields and Bonning.

I say that they would have to have opposite magnetic charges to combine and grow but the energy let out would probably push away any object close like a nearby star however if a planet was nearby and not absorbed it would shatter along with any asteroids, comets, and meteors.

Not the answer you're looking for? Browse other questions tagged black-holes charge gravitational-waves or ask your own question.

10
Would a collision of two black holes emit any electromagnetic radiation?
1
How can two charged black holes merge despite electrostatic repulsion?