So nice place to ask question like this here.

I have read some basic physics magazine like Newton monthly.

There I saw article about nuclei generation in star. I want to know more and found wiki and read,

But I am curious the reason of beta decay. Why that occur? It says because it is unstable. Then why it is unstable? What is stable status?

This is the periodic table of elements, showing nuclei at the center of atoms: 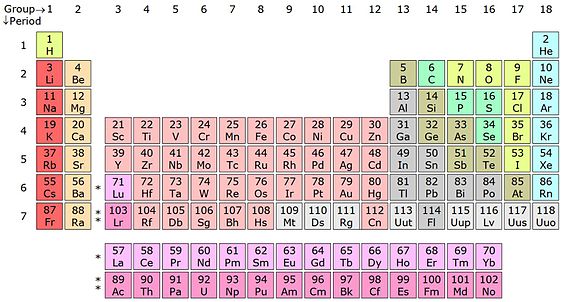 There exists a stability line for the balancing of forces, and if too many neutrons or too many protons are there, the nuclei are unstable and will decay with a calculable probability. 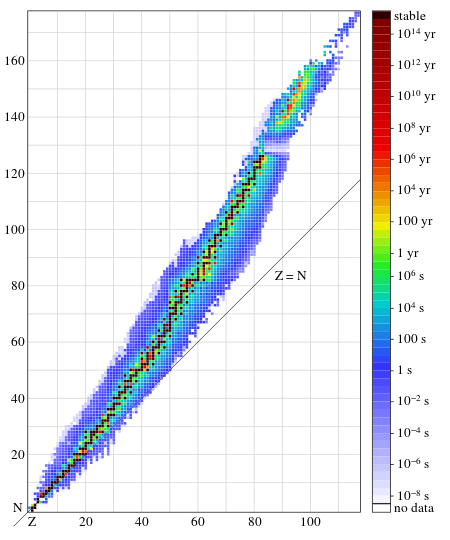 Beta decays are particular decays connected with the mechanism of free neutron decays, and one can read up on them in the wiki article.

In nuclear physics, beta decay (β-decay) is a type of radioactive decay in which a proton is transformed into a neutron, or vice versa, inside an atomic nucleus. This process allows the atom to move closer to the optimal ratio of protons and neutrons. As a result of this transformation, the nucleus emits a detectable beta particle, which is an electron or positron

Not the answer you're looking for? Browse other questions tagged radiation nucleosynthesis or ask your own question.

2
Why positron emission is unlikely to occur for nuclei with an excess of neutrons?