Why a ship can't pass through its own wave? 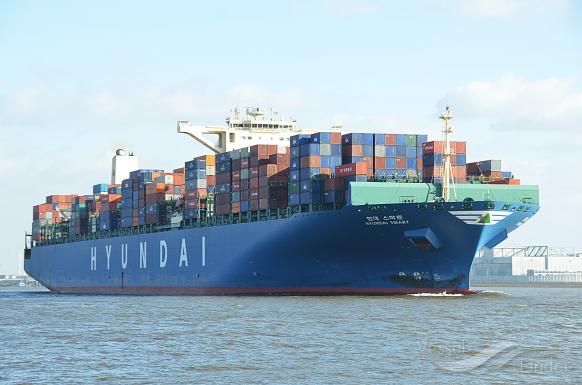 When a ship is sailing it creates waves. When the wavelength of these waves equal the length of the ship, the resistance that the ship encounters increases dramatically. This phenomenon is called " wave wall"

2) Why a ship can't pass through its own wave?

This wikipedia article is written like the perfect answer to your question:

The answers it provides are:

Question 2: This effect is not a hard "speed limit" at all. In fact, compared with the sound barrier at Mach 1 in aerodynamics, it is hardly noticeable. The drag continues to increase above the hull speed, with only a modest bump in the trend for most common boat hull shapes.

This is about Froude-number. It's already stated behind the link of Answer of Duncan Harris;

The concept of hull speed is not used in modern naval architecture, where considerations of speed-length ratio or Froude number are considered more helpful.

Because you are trying to add more "inertia" than the "external field" (mostly Gravity) can absorb. This leads to the effect explained by the comments of John Forkosh; to ship starts also to try to "get over with gravity". Adding further inertia would lift the ship and as this lifting energy is mostly dissipated by wave creation, it just causes more losses. In ideal theoretical case this "lifting" would only cause some potential energy to be "lost" until it's recovered when the ship stops. But as in the reality the ship starts an infinite climb, the losses are extreme; up to 5-10 times more than in optimum.

But this Lifiting explanation is just a simplification. (As my posts are commonly deleted here, if I don't simplify.. ) As this aspect also works with airplanes and submarines! So what actually happens, is that the ship starts to transport also the surrounding fluid. These fluids adds the total transported mass of the vessel, and it's flows adds losses. The bulbous bow is an example how by adding more on the hull, the drag can be reduced up to 15%. The main reason why this "bulb" is good, is just the flow stability it provides when the ship is running on max speed. (Froude =1)

2) Why a ship can't pass through its own wave?

The only problem is the lack of engine power. As said above, it need's 5-10 time more power to lift up the boat to planing than is needed to just cruise in Froude number 1 speed. Ie. Emma Maersk has an 81 MW propulsion power. So do the math, and find out that it would need a 400-800 MW power source to get higher speed. This is about the amount of typical nuclear Powerplant. So it's possible, it's just not realistic.

One such fast freight ship was even once build; GTS Finnjet. It had the needed engine power, but it actually used this full power only 10 years, before it was already completely impossible to accept it's 16 000 litres/hour full power fuel consumption. Even air-plain's does better with travel-time-freight-ton-fuel-used comparison. Note; This ship was ordered just before the 1973 oil crisis.

Please note that when you get the ship up on planing, adding further velocity doesn't add too much of losses, and doesn't need much more power either. From here you can find resistance/weight vs. Speed/length ratios.

The hydrofoil ships are working with this principle. Their drag is acceptable small, as they really get out of water on high speeds.

Container vessels are long simply because they're trying to carry as many boxes (containers) as they can.

At one time, container vessels in liner service were designed and built for relatively high speed, but the rise in fuel prices forced owners to seek ships which operated at more modest speeds. Even now, a world-wide glut in container carrying capacity has forced owners to adopt the practice of "slow steaming" even though fuel prices have come down in recent years in order to save money.

As far as sailing thru its own wave, a ship generates waves starting at the bow and continuing all the way to its stern. This wave is a disturbance created by the passage of the hull thru the water. A ship can no more sail thru its own wave than you can outrun your shadow.

2
Why Shock wave propagation is faster
2
Waves hitting opening in wall (inteference)
2
Relation between the direction of propogation of sound and loudspeaker's diameter
4
Circularly Polarized Light through a Quarter-Wave Plate
2
How does Quincke's tube work?
1
Interference in diffraction gratings
2
Huygens' principle: Its correct interpretation, and why there is no destructive interference in every wave? (unsatisfied with current answers)
1
Do coherent wave sources need to produce waves of the same wavelength?
0
At what aperture size is the diffraction of a water wave the greatest? Conflicting information!