Why does the composition of the air does not change with altitude?

Air contains about 78% nitrogen and 21% oxygen independent of altitude (up to 100 km). Why is this? Shouldn't the concentration of nitrogen increase with higher altitudes since nitrogen has a lower density than oxygen? 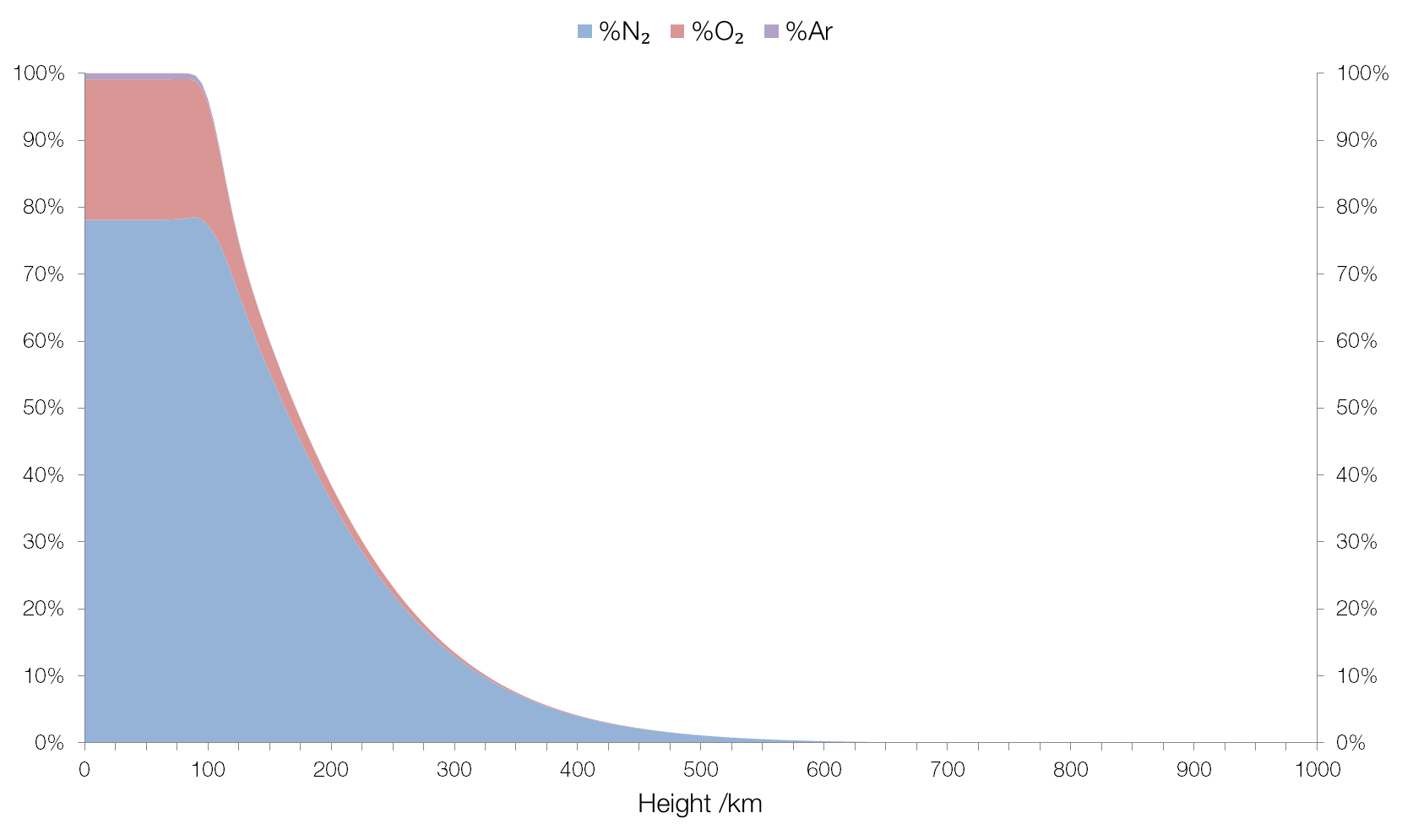 Shouldn't the concentration of nitrogen increase with higher altitudes since nitrogen has a lower density than oxygen?

No, it shouldn't, at least not up to 100 km or so. Look at your graph, which shows that even argon is well-mixed throughout the lower atmosphere (the troposphere, stratosphere, and mesosphere). Argon atoms are considerably more massive than are carbon dioxide molecules, which in turn are considerably more massive than oxygen and nitrogen molecules, and yet all of these (along with all of the long-lived gases in the atmosphere) are well-mixed throughout the lower atmosphere.

The reason is that the lower atmosphere is dense enough to support turbulence while the upper atmosphere is not. The turbopause marks the somewhat fuzzy boundary below which turbulent mixing dominates over diffusion and above which it's diffusion that dominates.

Not the answer you're looking for? Browse other questions tagged atmospheric-science density air or ask your own question.

3
Why do all heavier gases in the atmosphere not settle down to the surface?
50
Why does carbon dioxide not sink in air if other dense gases do?

11
Why doesn't the percentage of oxygen in Earth's atmosphere diminish significantly with altitude?
2
Is it easier or harder to move moist air with a fan?
4
$\ CO_2$ is heavier than oxygen and nitrogen still it does not form the lower layer of atmosphere
4
Colors of the Aurora
0
(Why) does wet air contain more oxygen?
11
Why does air pressure decrease with altitude?
20
Does the amount of oxygen in air, actually get lower as you go to higher altitudes?