Question about friction in rolling without slipping? 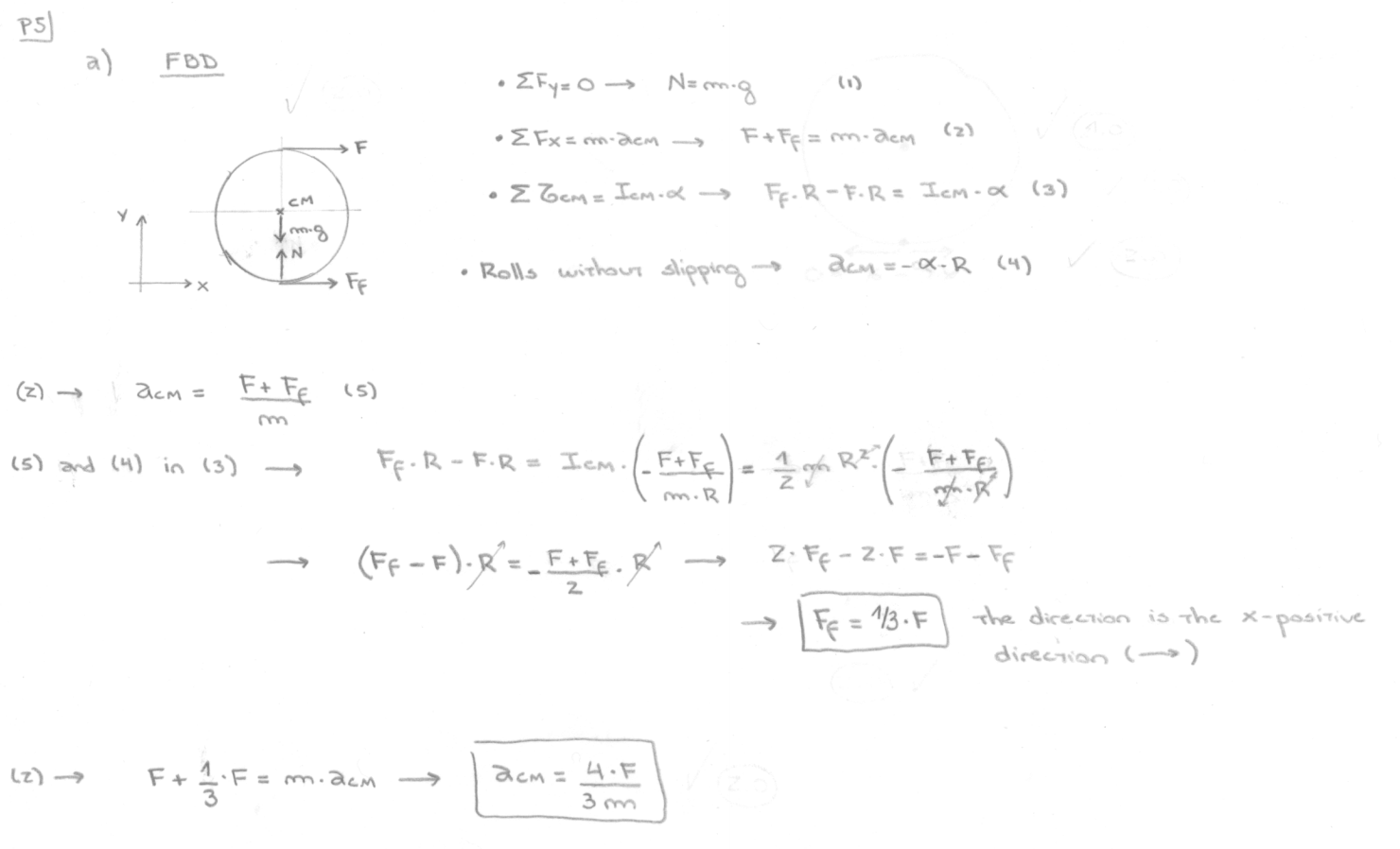 I was under the impression that for a ball/cylinder to roll without slip, there must be a static friction force that opposes the direction of motion. Why, in this case, does the friction act in the same direction of motion? I've posted the question and answer. Can someone help me understand this?

Assume that your external force $F$ was applied at some distance $r$ from the centre of mass of the spool. 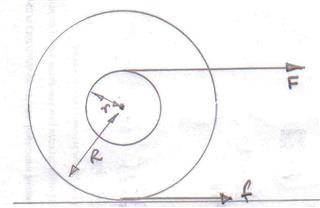 Just suppose that there is no friction and only the external force $F$ is acting on the spool.

Comparing $a = \dfrac F m$ and $R\alpha = \dfrac {2Fr}{MR}$ we note that if $r = \dfrac R 2$ the rolling condition is satisfied and hence in the context of the origial question the frictional force would be zero.

Not the answer you're looking for? Browse other questions tagged rotational-dynamics friction rotational-kinematics inertia or ask your own question.