The width of the space charge region in a pn-junction 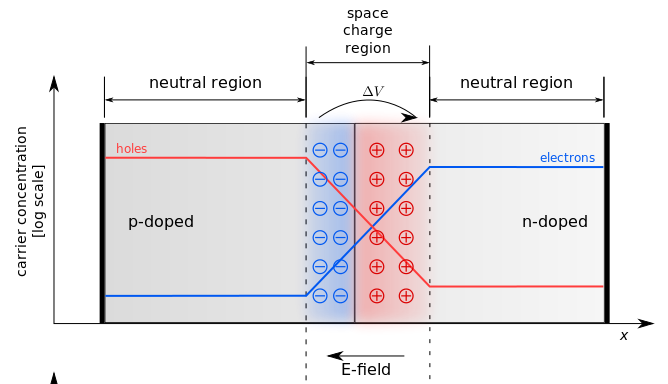 Which quantity determines the width of the space charge region?

The final dimensions of the space charge region (also called depletion region) are due to an equilibrium between diffusion effects and electrostatic force.

This in turn creates an electrostatic potential, making it increasingly harder for both types of charge carriers to diffuse across the junction. Eventually an equilibrium is reached.

why don't the electrons in the n-doped region wander towards the positive charge, so that the space charge region widens?

I'm not entirely sure about this (more satisfying answer at the bottom), but I'll give a possible explanation. It is important to see you have a different situation before and after the depletion layer forms:

When first forming the p-n junction, the p-side is missing electrons (has holes), while the n-side has spare (free) electrons. The charge carriers diffuse to even out this balance.

After the depletion region is formed, even though it is charged, the material itself is in the most energetically favourable state, because the free charge carriers are gone.

The image below clarifies this further: the charge carriers diffuse as to 'fill in the grid'. This filling creates ionized dopant atoms, resulting in a net charge in each side of the depletion zone.

Thus, even though the depletion region is charged, it is not willing to take in charge carriers to neutralise it, because its 'electron grid' is full. 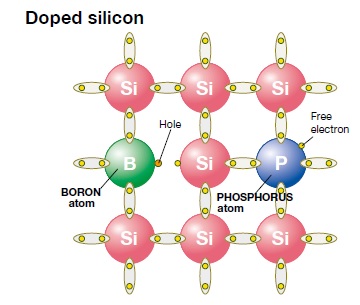 Alternative answer (from the comments)