How can Schwarzschild coordinates be measured?

In special relativity, we make a big fuss about setting up inertial frames of reference, and then constructing coordinate systems using networks of clocks and rulers. This gives an unambiguous physical definition of the spacetime point $(x, t)$. In general relativity, you can take whatever coordinate system you want, but then I don't know what the coordinates mean.

For example, the event horizon of a Schwarzschild black hole is $r = 2GM$. Naively interpreting $r$ as a radial coordinate, this suggests that the event horizon is "$2GM$ away from the center of the black hole", but that statement doesn't make sense either mathematically (the distance $\int ds$ is not $2GM$ at all) or physically (you can't extend your ruler network inside the black hole). But the books I've seen seem to treat $r$ just like the radial coordinate, and talk about "the radius of a stable circular orbit" or stuff like that.

Coordinates can be measured in GR, though all too often this fact is overlooked or even contradicted by people getting caught up in coordinate invariance.

As you well note, in Schwarzschild $r$ isn't really a radius in the "integrate at constant angle from the center and recover this value" sense. It is, however, radial in the sense of being orthogonal to the angular coordinates, Moreover, it matches Euclidean intuition with regards to circumferences and areas at fixed $r$.

How can the coordinate $r$ be measured?

One measurement procedure you can adopt is this: Sit in your rocket with a fixed amount of thrust pushing directly away from the black hole, so that you are hovering at constant $r$. Get all your friends to do the same around the black hole, everyone experiencing the same acceleration. Everyone can then lay down rulers in a circle passing through all the rockets, and the sum of the readings (assuming you've adjusted positions so as to maximize this value) is in fact $2\pi r$.

Can the statement "the event horizon is at $r =2GM$" be phrased in a coordinate-independent way?

Sort of, though perhaps not in as direct a way as you would want. Certainly the event horizon is simply the surface delineating what events can influence future null infinity -- no coordinates involved.

Using the discussion above, though, we could say that for any $r > 2GM$ that the surface of constant $r$ is the locus of points such that rockets with a prescribed radial acceleration hold stationary there, with the event horizon being the limit of such surfaces.

In general, what I'm pushing is the idea that coordinates can be measured as long as you can come up with some experiment where they appear in the formula. This is slightly broader than the notion of measurement of "integrate $\sqrt{g_{\mu\mu}}$ along a line where all coordinates except $x^\mu$ are constant" that suffices for simple spaces.

In particular, the event horizon is not part of the spacetime covered by the Schwarzschild coordinate chart.

But the books I've seen seem to treat $r$ just like the radial coordinate, and talk about "the radius of a stable circular orbit" or stuff like that.

You can get better books. The $r$ coordinate of the Schwarzschild chart is an areal coordinate, not a radial distance. And that's a pretty silly idea anyway. When a shell of matter falls towards a star/planet the distance between the shell and the distant stars increases by more than the distance between the shell and the star/planet decreases. That's life. Don't define yourself by how far you are from something, it'll bite you.

In Minkowksi spacetime with coordinates $(t,x,y,z)$ you can't find the origin or any of the coordinates.

You could measure tidal forces over a small region of time and space and compare those to the tidal forces expected for regions with different values of $r.$

But because of the equivalence principle, if you fix the precision and tolerance of your measurements and considered a small enough region, then you wouldn't be able to tell. Over a small region the tidal forces are hard to detect.

This is a fundamental principle. It's how we can actually make predictions. We state that for a small region of space and time, it's just like Minkowski spacetime (where you can't tell any coordinates, even though some directions are still clearly timelike and others clearly spacelike). You do your physics in that region, and then before you get to another region you switch to their coordinates.

But you shouldn't locally be able to tell. And if you look at larger regions it is essential how you bring all the information together.

But really science is about using a theory to make models and extracting predictions from the model on the one hand, and making observations on the other hand, so that in the gripping hand you can test the predictions against the observations.

You can relate $r$ to the tidal forces an observer experiences, or use the reduced circumference or areal radius, etc. for observers with no angular momentum (see other answers). Many books do argue against calling $r$ a "radius", the word "radial" seems more popular and general, but to be extra cautious you can just say "Schwarzschild $r$-coordinate". I'm flexible personally; so long as it's understood you can't hang a static ruler from $r=0$ to $r=2M$, and that in relativity distance is relative to the observer.

However you can certainly use a moving ruler inside the horizon. Take an observer who fell freely from large $r$. Then the proper distance $\int ds$ along their spatial radial direction is indeed $dr$, and laying a bunch of such falling rulers end-to-end does indeed give a total length of $2M$. See Taylor & Wheeler, Exploring Black Holes (2000, $\S B.3$).

In general relativity, you can take whatever coordinate system you want 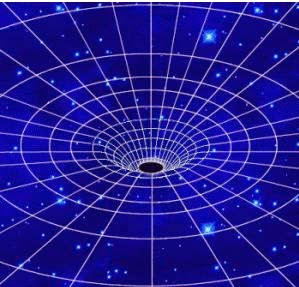 It's black in the middle. That's where there is no coordinate system. People tend to say the event horion is a mere artefact, and you can adopt a new coordinate system that spans this central region, but you can't. Because gravitational time dilation system goes infinite.

For example, the event horizon of a Schwarzschild black hole is $r = 2GM$. Naively interpreting $r$ as a radial coordinate, this suggests that the event horizon is "$2GM$ away from the center of the black hole", but that statement doesn't make sense either mathematically (the distance $\int ds$ is not $2GM$ at all) or physically (you can't extend your ruler network inside the black hole). But the books I've seen seem to treat $r$ just like the radial coordinate, and talk about "the radius of a stable circular orbit" or stuff like that.

There's a definite distance involved. For simplicity think of space without a star, then the same space with a star in the middle. There's a distance from you to the surface of that star, and the to centre of the star. When you replace the star with a black hole, r is neither.

It doesn't quite work here, not the way people suggest. Have a look at the Wikipedia Schwarzschild radius article. Note the expression $\frac{t_r}{t} = \sqrt{1 - \frac{r_\mathrm{s}}{r}}$ and think about what happens when r = rs. Also note that you can measure time dilation using clocks at different elevations. OK, now unwind a very long cable out of your gedanken spaceship with light-clocks every ten metres. Let it dangle towards the black hole. Don't unwind it quite as far as the event horizon. This might take a few trial attempts, and some spare light-clock cables. Once you have unwound it, leave it there for a year so that the unwind and wind times are insignificant. Then plot all the clock readings. The clock readings lower down are lower than those higher up, and your plot is curved, much like the depiction above. You can extrapolate, whereupon you see the moot point: if you had been able to unreel your cable such that the lowest clock was at the event horizon, and if you had been able to properly cater for the unwinding and winding time, that lowest clock reading would come up zero. Because gravitational time dilation goes infinite. Then the truth ought to dawn: in truth you haven't made any measurement with that clock, because the event horizon is where your measurements stop, because that's where clocks stop.

A stopped clock can't go any slower than stopped, and since the force of gravity relates to the gradient in potential which in turn relates to those clock rates, you should be able to work out that at this place there is no gravity. You should also be able to appreciate that you cannot adopt a new coordinate system to make a stopped clock tick. Kruskals-Szekeres coordinates allegedly do this, but they effectively place a stopped observer in front of the stopped clock and claim he sees it ticking normally "in his frame". It's nonsense. The clock is stopped and so is he. He sees nothing. Eddington-Finkelstein coordinates are similar. Make sure you read the opening paragraph of the Wikipedia article which says they were dreamt up by Penrose and promoted by Misner/Thorne/Wheeler. Kip Thorne nowadays promotes time travel.

Can the statement "the event horizon is at $r = 2GM$" be phrased in a coordinate-independent way?

Yes. That's the place where all coordinate systems stop. You cannot get past this place. There's no falling past it either. See the second paragraph here and note the frozen star in Kevin Brown's Formation and Growth of Black Holes.

How can the coordinate $r$ be measured?

You can't practically measure it. But you can understand why not.

Not the answer you're looking for? Browse other questions tagged general-relativity black-holes differential-geometry coordinate-systems event-horizon or ask your own question.

0
Coordinate transformation in Schwarzschild Coordinate
1
The role of the variable $r$ in gravitational time dilation?