I understand that Sir William Crookes' Maltese cross tube shows that cathode rays travel in a straight path but I am unsure of why the cathode rays aren't affected by the anode as there is an electric field and therefore bend. 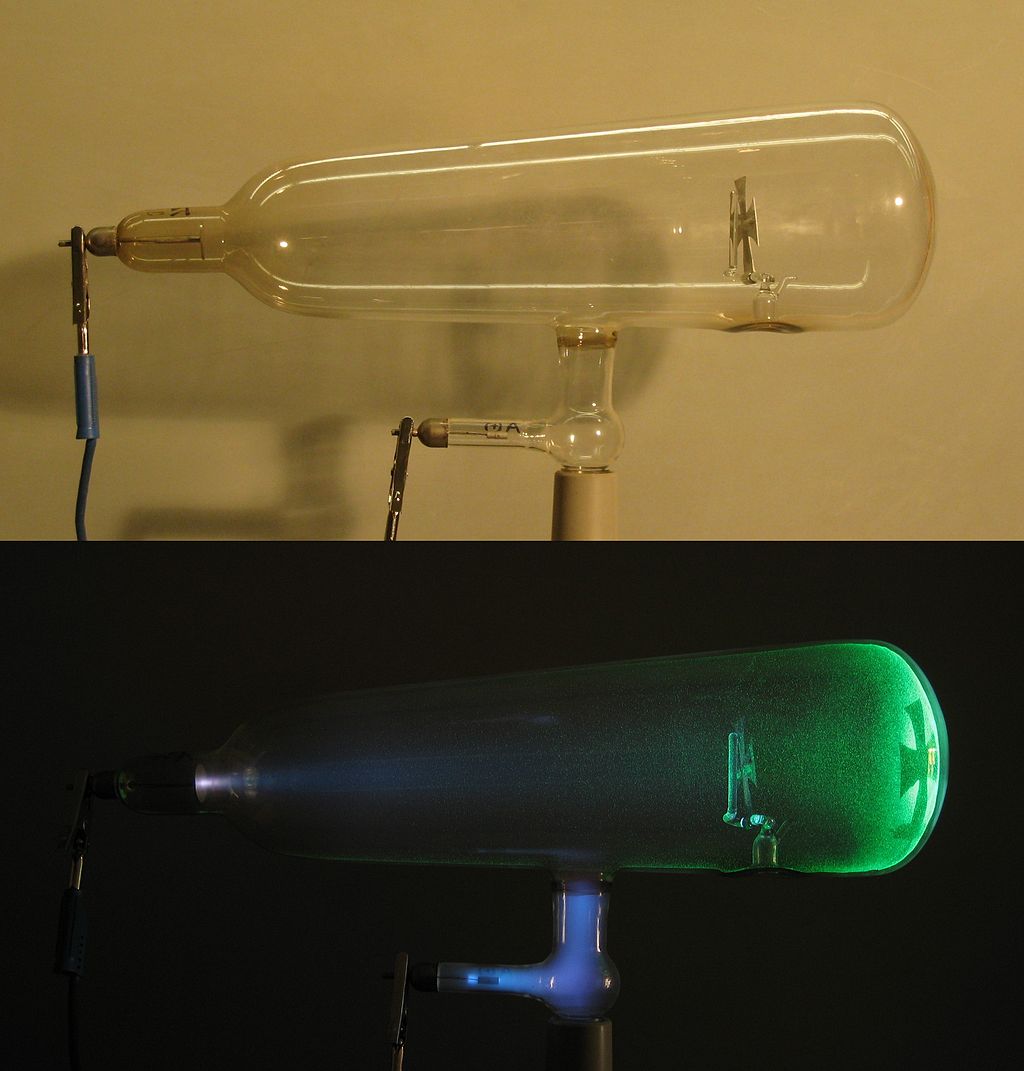 Sorry if this is a silly question but I am relatively new to physic.

The left hand image is a schematic of the Crookes' tube arrangement.

A modern tube uses an electron gun and has a screen with a phosphor on it so much lower accelerating voltages can be used.
The Maltese cross is also at the same potential as the final anode of the electron gun to try an ensure that the trajectories of the electrons are relative straight to produce a sharp shadow.

An interesting effect can be obtained by removing the high potential lead from the Maltese Cross and this is shown on the right hand image.
Because of the high electron beam currents significant numbers of electrons are stored on the Maltese cross which the repel the electron beam.
The sharp shadow of the cross being produced by visible light emitted from the electron gun.

Not the answer you're looking for? Browse other questions tagged electrostatics electrons or ask your own question.

1
Observations in the cathode ray tube experiement
3
A question about the Thomson experiment
2
Why does the Anode and not the Cathode corode during eletrolysis of water into $H_2$ and $O_2$?
3
Why wouldn’t electrons in a CRT just get attracted to the accelerator anode?
3
Effect of a magnetic field on cathode rays in a cathode ray tube
3
Why is the direction of cathode rays independent of the position of anode?
3
What was the conclusion of Plucker's maltese cross for cathode rays experiment? And why is a sharp shadow produced?