A friend and I are curious about something. We created a ramp from some wood (like a skate ramp) that's not purely circular in nature. We did so with the intent to test how the mass of an object can affects its frictional force, assuming that for greater masses, they wouldn't travel as far up the ramp as a result of an increased amount of friction. We created a scale and was going to use the change of Ug (from start height on one side of ramp to end height on other side) as well as Work=Fx as to calculate the frictional force of each mass (as an average) and therefore draw a conclusion as to the effect mass has on the frictional force of an object.

Here's the thing: we came to an issue with our situation. Though we thought that the heavier balls wouldn't go as far, they are in fact going higher up the other side (I should clarify that we cut out the variable of size of the balls by filling up table-tennis balls with differing substances as to simulate differeing masses; yes filled all the way [water, sand, oil and air]). This obviously throws a spanner into our understanding of the situation, and we were wondering if someone could possibly pose a reason why? I was thinking inertia, or centripetal force/acceleration, but can't grasp the reason entirely.

I should clarify that we are Australian students studying Physics in year 12. We got the idea in class and decided to test it out ourselves.

Any possible explanations? Thanks. 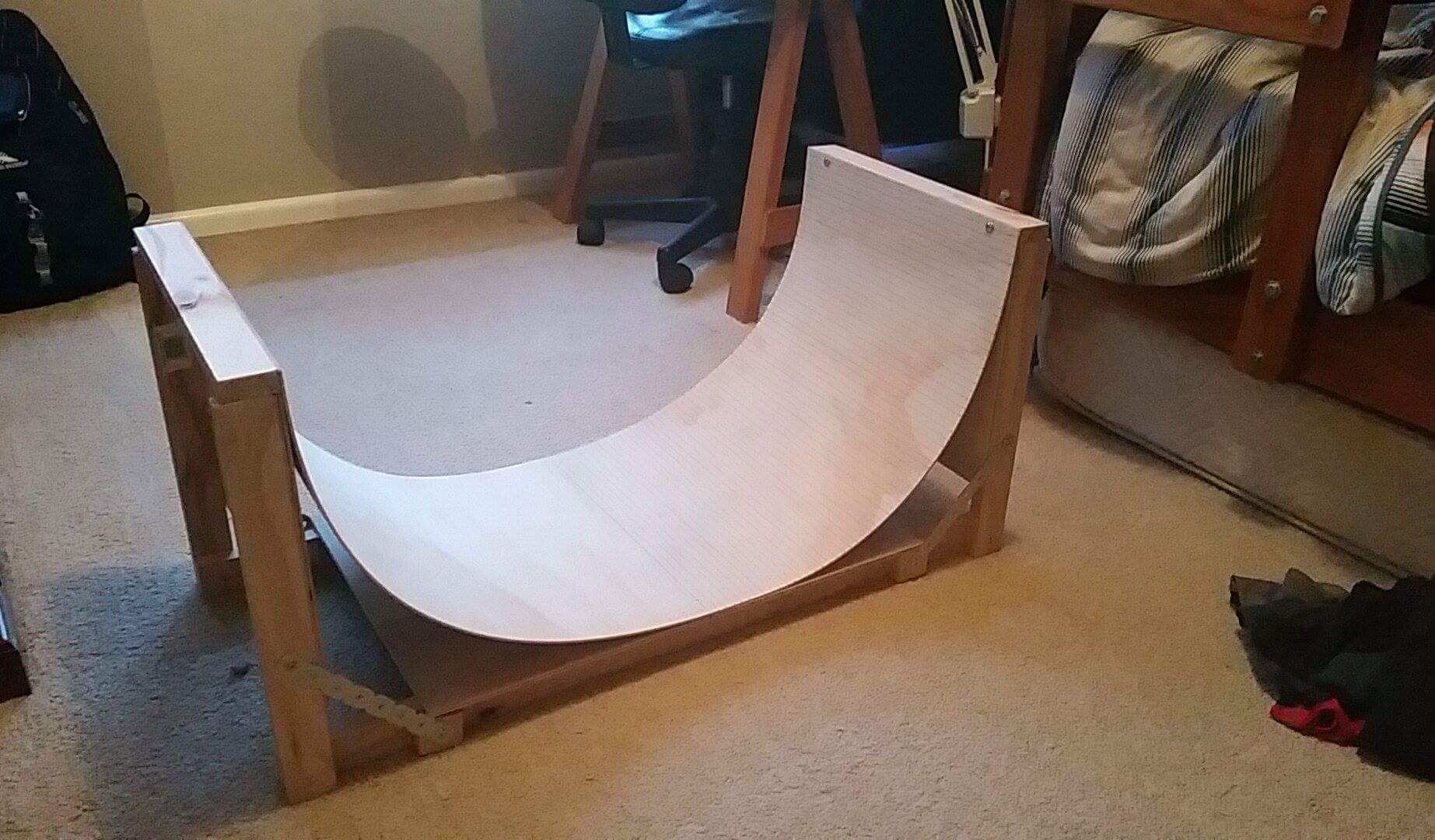 Edit: The above is the ramp we have used. We would drop the top on the left side, and observe how far up it would go on the other side. We have a scaling on the bent wood itself which would allow the distance travelled to be determined. The balls are simple table-tennis balls, nothing special, filled with air, water, sand and oil respectively to the brim.

If you were to test SLIDING objects, then you would be correct that a heavier object will have a stronger force of friction acting upon it.

However, when using rolling spheres, you need to consider the rotational inertia, which is a concept that involves both the mass of the object and the radius of your sphere in this case. The higher the mass, the more rotational inertia that your objects will have. Inertia is usually defined as the amount of resistance to change its state of motion.

Putting all of this together, if you compare a heavy ball with a lighter ball, the heavier ball will roll a little bit farther due to its "resistance" to change its motion.

Not the answer you're looking for? Browse other questions tagged mass friction inertia or ask your own question.

19
How can neutrinos oscillate though the lepton flavors have differing masses?
0
Final state of a two-block system with friction on a smooth ground
1
what are the sources of energy loss for a ball rolling down slope?
0
What are the "masses"?
2
Uniform / rigid rotation in fluids, velocity gradients and resulting friction
0
Are there two competing definitions of "inertia"?