How much lift does an airplane get from its wings, vs the rest of the airframe?

At cruising altitude, under standard conditions, how much of the lift of the aircraft comes from the wings, and how much from the rest of the airframe -- the tube that holds all the people?

My general impression from watching airplanes in flight is that the velocity vector of the centre of mass of the airplane tends not to be pointing in the same direction as the nose of the aircraft. They're usually a little off, moreso during take-off and landing but it seems like they're almost always a little off.

When I look at a side-view of a 747, I see that the angle of attack of the airfoil doesn't quite match the line of the tube part of the hull. Moreover, the tube has a pretty large surface area relative to the wing area. 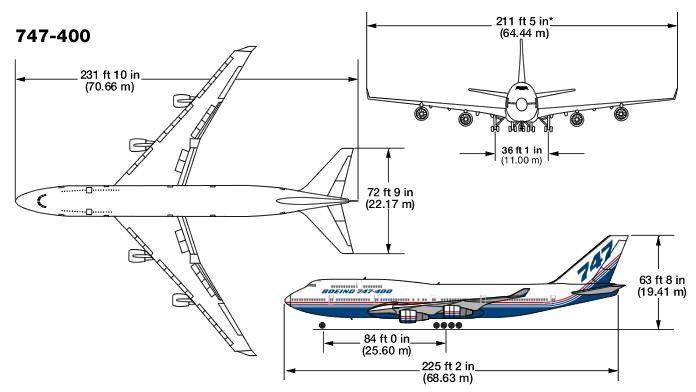 My suspicion is that there's maybe stability reasons why you'd want the tube to not be flat in steady-state flight. And perhaps that's part of the reason why the bottom of the tube is more flat towards the front Is something like this what's going on? 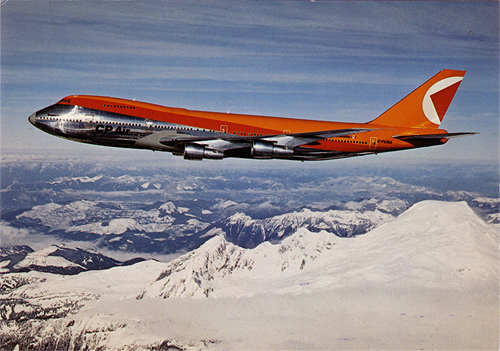 Most of the lift comes from the main wing, and in fact the tail lifts down, so the main wing also has to support that. (That's for a stability reason.)

The lift of a wing is roughly proportional to two things:

so, the slower an airplane is flying, the more it raises the nose.

You will notice this the next time you fly.

At cruising speed, the plane is at around 300 knots (a knot is about 1.16 mile per hour), and it is pretty flat, with an angle of attack in the range of 1-2 degrees. (At altitude, 300 knots corresponds to a much higher ground speed, due to the thinner atmosphere, but that doesn't change the lift relationship.)

When the plane is maneuvering in the approach pattern, its airspeed is more like 150 knots, half of cruise speed. So it has to have roughly 4 times as much angle of attack, anywhere up to about 8 degrees, thus the high nose.

The maximum angle of attack is around 19 degrees, at which the wing stops working. The crew has to stay well below that in order to have reserve lift in case they need to pull up suddenly, like if they hit a downdraft or wind shear, or if they have to turn quickly.

That beautiful photograph of the 747 was taken by another plane flying in formation with it, and for a photo shoot it was probably not travelling at cruising speed. (It's also not very high, unless that's the Himalayas in the background.)

What Mike Dunlavey said. Airliners are designed for maximal fuel efficiency in cruise, and having the fuselage generate lift is very inefficient, because is has a much lower lift to drag ratio than the wings. My guess is the designers try to have the fuselage generate close to zero lift during cruise.

mmc gave the answer in his comment to the original question above. Generally on such big airliners, between 10% and 20% of the lift is generated by the body rather than the wings. See the paper he linked to, figure 7.

Not the answer you're looking for? Browse other questions tagged fluid-dynamics aircraft lift or ask your own question.

1
Forces on an airfoil

7
Why does an airplane have more lift near the ground?
0
Does “Air caterpillar” exist or even possible?
7
How much lift does the average latex helium filled party balloon produce?
13
How much effect does the Bernoulli effect have on lift?
2
How is determined the shape of the wings of an airplane?
1
How does the wing area affect the form drag and induced drag? And also lift?