I'm having troubles to understand how to interpret the components of forces on inclined plane in quite complicated situations. I will make an example of one of the cases where I get confused.

Consider the system in the picture, find the minumum coefficient of static friction between $B$ and the floor and $A$ and the floor, such that there is static equilibrium 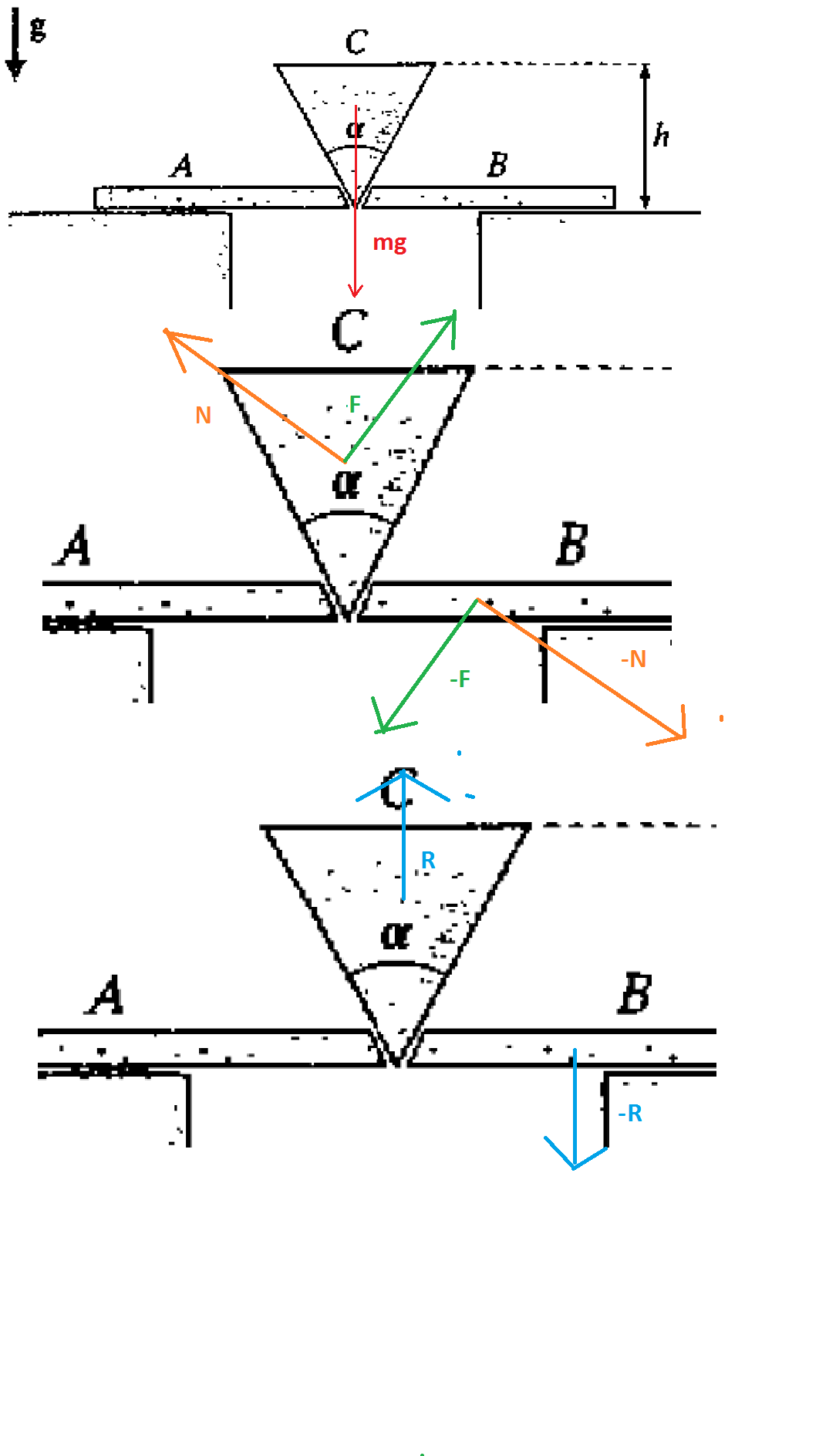 So on $C$ there is weight acting of course (first picture), and if $C$ must not move, then there is a force equal and opposite to $m_cg$. Let's focus on the interactions between $C$ and $B$. I interpreted this as a situation similar to an inclined plane: if $C$ must not slip then, besides the normal force $N$ (in orange) there must be a force of friction $F$, in green, both represented in the second picture.

If all of this is correct then the resultant of the two forces $F$ and $N$ is the red $R$ in the third picture, which is vertical, equal and opposite to $\frac{m_c}{2} g$ as it should be.

But then a force $-R$ acts on $B$ and the question lose sense because $R$ is vertical and there is no need of friction to keep $B$ in static equilibrium.

Am I missing something important in interpreting the free body diagrams?

Free body diagram of C is as below: 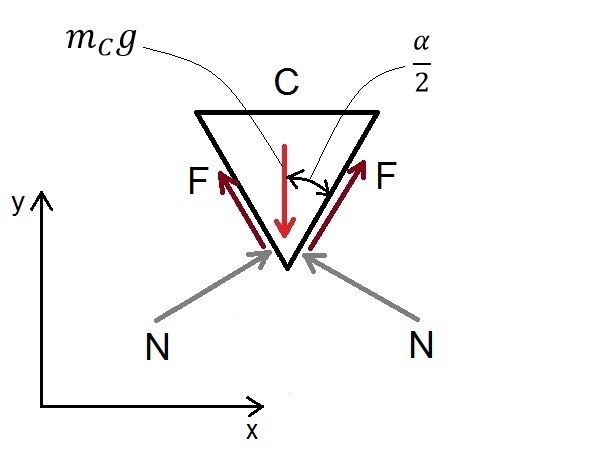 Am I missing something important in interpreting the free body diagrams?

Not the answer you're looking for? Browse other questions tagged homework-and-exercises newtonian-mechanics friction statics equilibrium or ask your own question.