In what direction should you throw a 1Kg uniform sphere in order to put it into lower earth orbit? [closed]

If you are standing on earth's surface, in what direction (and at what speed) should you throw a 1Kg uniform sphere of radius 0.1 meters in order to put it into lower earth orbit? Assume that there is air, but it is not moving relative to the earth

If we ignore air resistance for a moment, then all orbits in an inverse square force like gravity are closed. this means that if you throw something hard enough it will complete one orbit then return to its starting point i.e. your hand.

So if you throw the object downwards it obviously hits the Earth, and if you throw it straight upwards it goes up then down and hits the Earth. For all the angles in between the object will go into orbit, though it will be an exceedingly low orbit since once an orbit it will pass through the point where you released it.

If you want to put the object into a roughly circular orbit you can't do this just by throwing it. Satellites are launched using a rocket trajectory like this: 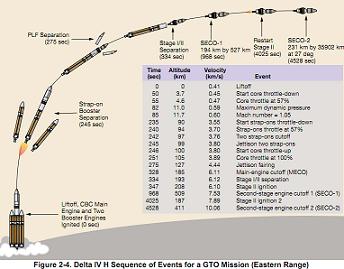 (image from the NASA site)

And this requires a continuous boost from the rocket. You can't replicate this with a throw.

Adding air now means that if you throw the object hard enough to get it out of the atmosphere it will simply burn up, just as satllites burn up when the reenter the atmosphere.

1
Energy in orbit of satellites around the earth lost?
7
Falling through the rotating Earth
10
Put a bullet into orbit around the moon
1
How fast would the Earth need to spin for us to feel weightless?
0
If orbital velocity decreases further away from an orbited body, why does increasing a satellite's velocity increase its orbital distance?
1
Gravitational/centrifugal effects felt in a space elevator
10
Earth as a perfect sphere and an object trying to stand still
2
Kinematics and dynamics of a crashing satellite
3
Will an object dropped from a high building displace due to the Earth's rotation?