in some textbook i read that one can describe wave displacement by y(t)=Asin(ωt+ϕ) and y(t)=Acos(ωt+ϕ) . i know both these terms are periodic but how one can use any of these equations in numericals and get the correct answer because both these terms have different trigonometric values ???

Imagine standing at a fixed point in space with a wave traveling towards you. It's clear that if you measure the amplitude of the wave it will vary periodically with respect to time. Now the point $t=0$ can be chosen arbitrarily and the value you measure at $t=0$ will depend upon $\phi$, the phase. If we take the amplitude to be $0$ at $t=0$ the wave will be described by: $y(t) = A \sin(\omega t); (\phi=0)$. If instead we have maximum amplitude at $t=0$ the wave will be described by: $y(t) = A \cos(\omega t); (\phi=0)$. However this corresponds to $y(t) = A \sin(\omega t+\pi/2); (\phi=\pi/2)$. So you see that both the sine and the cosine solution describe the same physical wave but you just need to shift the phase (you can easily see this by plotting the sine and cosine and notice that they are equal but shifted over $\pi/2$.) 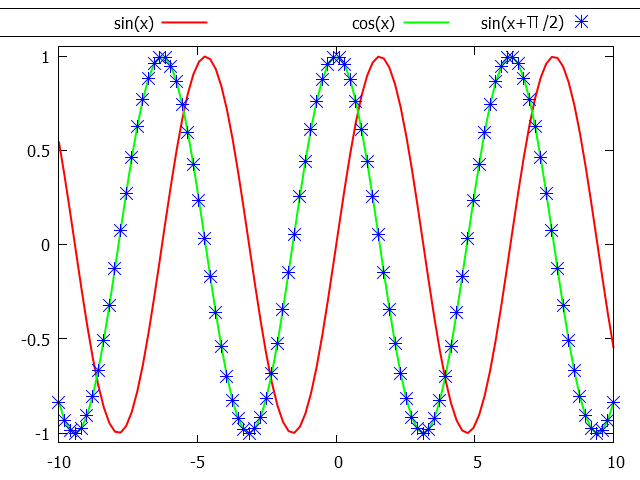 Not the answer you're looking for? Browse other questions tagged waves oscillators or ask your own question.

2
Understanding the displacement of a particle in a wave
2
What is the difference in the uses of $\omega t$ and $kx$ in wave equation?
0
The initial conditions for the harmonic travelling waves
0
Some confusions regarding wave motion on a string
0
Wave motion in air
3
Exact form of the damped wave equation
1
Phase change of transverse waves