What is the probability of two bullets to get clashed? [closed]

I was surfing on Instagram, and I found this amazing proto 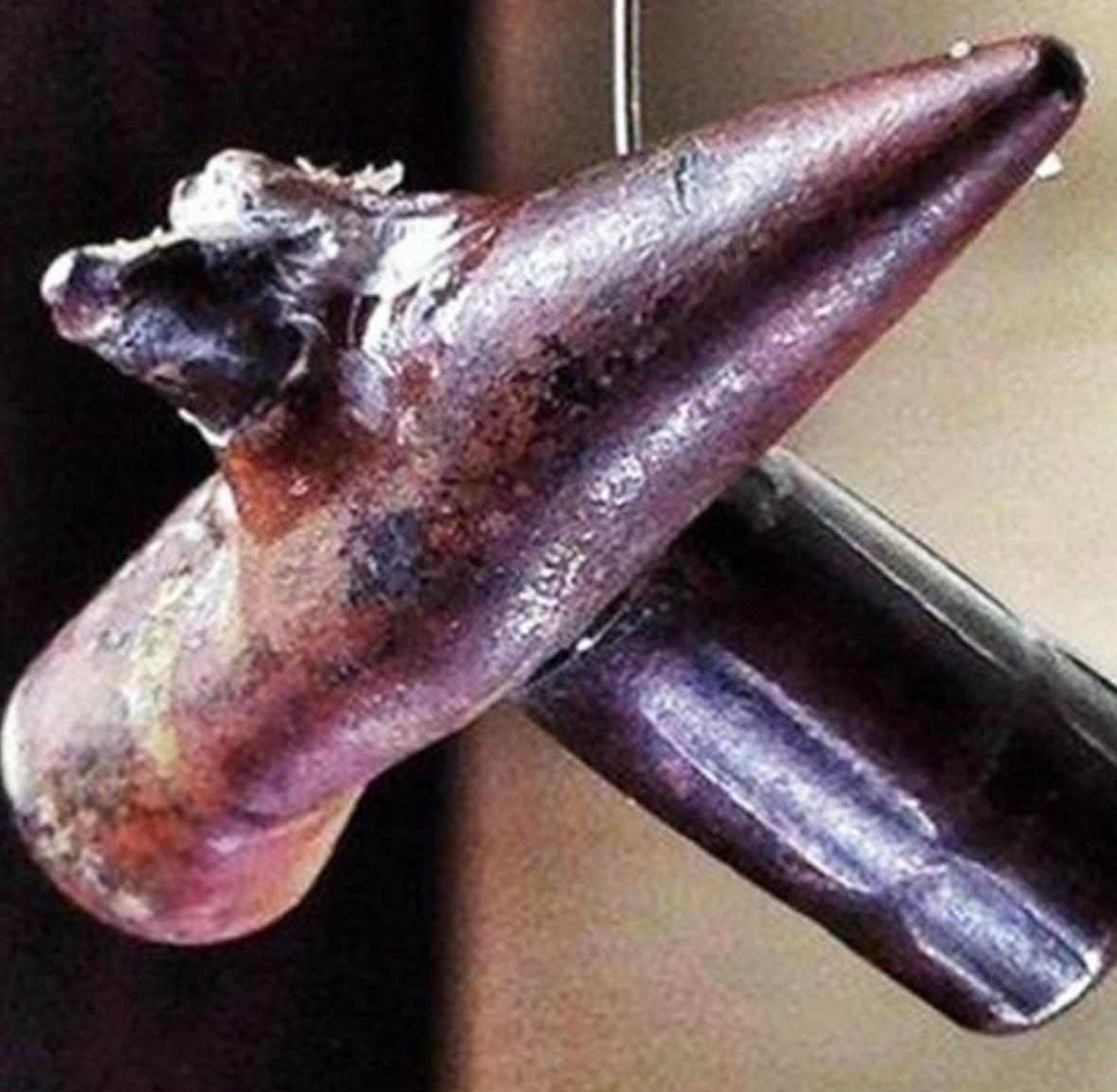 whose description is "the probability of such an event to happen is incredibly small, so this is a really curious finding".

Well.. I'm interested in some formula to compute a possible probability for such an event to happen, considering two shot bullets (even of different kinds).

According to the result, I may assume those two bullets have been shot from two guns whose directions were like orthogonal (but maybe they weren't).

I may assume the probability may depends upon the velocity of the two bullets, namely either upon they masses and upon the kind of guns (but I don't understand how this data can enter in the equation.. maybe we can think about the power?).

The answer depends on many factors you did not specify, so let's look at the variables that go into this.

I will assume that if these two conditions are met, they will penetrate (although that requires very different hardness from the two bullets; in fact, if you look at the picture I would highly suspect that one bullet was going significantly faster than the other...)

Re. item 1, you have to aim your guns to the same point, within about a fraction of the diameter of the bullet, $\delta$. Depending on the distance $D$ to the point where they meet, this requires an angular precision of $\alpha=\frac{\delta}{D}$. If you know that your gun is held steady with a Gaussian angular distribution with a standard deviation of $\sigma$, then the probability that each gun is pointing in the right direction at the same time is

The probability that both are aimed the same way is the square of that. To be more precise, they could both aim "a little high" or "a little low", and still hit each other, so the real calculation is a bit more complicated. Below, I will (for the purpose of estimating) use a uniform probability distribution - the assumptions we are making as sufficiently outrageous that that introduces an insignificant additional error.

Next, we have to fire the bullets at the same time. If the velocity of a bullet is $v$, and the bullet has to be in the right place within a factor $\Delta x$, then the timing of the two shots has to be within $\frac{\Delta x}{v}$.

Whether you can get the timing that close depends on how hard you try, obviously. If you can assume that with a bit of practice, two people can fire a gun within 1/20th of a second of each other (think about musicians - they can stay in time better than that), then the probability of firing within that time interval is approximately $\frac{\delta t \Delta x}{v}$. In this case, you don't need to take the square - because the first bullet can be fired at any time, you just have to fire the second one "within a short interval".

Now there are some real people out there who can shoot very, very well. See for example Bob Munden. Not only can he draw and fire a gun in 1/50th of a second, he can hit a silver dollar in mid-air - which gives us an upper bound on that "angular uncertainty" we were talking about.

If we use his shooting skills as an example, then for a bullet with a length of 15 mm traveling at a velocity of 400 m/s you need a positional accuracy of about 4 mm (to be near the middle of the 15) and a timing precision of 10 µs. That means that if his draw gets him within 0.02 s, he would need about 2000 shots to hit that target - for timing. If we further assume his aim is "good enough to hit a silver dollar every time", and we need precision to within 3 mm, then his aim would be good enough roughly 1 in 10 times. Now the other gun would have to also be right, but if we assume a uniform distribution of the two angular distributions (rather than the Gaussian distribution I mentioned above) then you have 10 opportunities for each of the two trajectories to intersect - so still a 1 in 10 probability over all.

Combining these, the probability (if two very skilled gunmen tried to do this) would be around 1 in 20,000.

But this is just a sample calculation. If you set this up with guns on tripods, carefully controlled charges in your cartridge, and electronic triggers, you might be able to get much, much closer. Something for mythbusters to try...

Not the answer you're looking for? Browse other questions tagged newtonian-mechanics classical-mechanics energy-conservation collision probability or ask your own question.

2
Case of the mysterious bullets (taken from Mad About Physics)
0
Empirical probability: what does it measure actually?
1
Why wavefunction is sometimes multiplied by the radius to get probability density?
0
Problems in understanding Feynman's concept "Probability of bullets hitting on the backstop"
2
Double Slit Experiment/Transition of Classical to Quantum problems in Probability Addition in "An Experiment on bullets"
1
Collision of bullets with dish to hold it in space.
2
The physics of Harrison's marine chronometers
1
Inelastic Collisions between two objects
0
Elastic Collisions and Violation Thereof in the Case of Shattering