How is an electron "recycled" in a neutron?

A proton is made up, they say, by 2 up and 1 down quark, drowned in a sea of virual paricles: 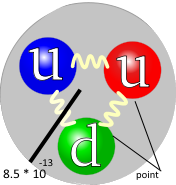 when an electron is captured

this process thereby changes a nuclear proton to a neutron and simultaneously causes the emission of an electron neutrino.

...and a neutron is made up by 2 down quarks and 1 up quarks 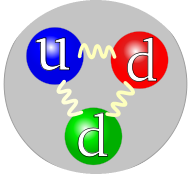 Can you clarify some aspects of this "process" which I couldn't find anywhere?

The process is called electron capture, and the Feynmann diagram for it is:

The up quark emits a virtual W$^+$ boson and changes to a down quark. The electron interacts with the W$^+$ and converts to an electron neutrino.

This is a weak force interaction, and the weak force can change the flavour of particles i.e. it can change quarks to a quark of a different type and likewise interchange between leptons and neutrinos.

An electron can change into an electron neutrino because energy can be transferred from the electron field to the neutrino field making one electron disappear and one neutrino appear. Likewise for the up to down quark change.

You may think about all processes involved elementary particles rather as about processes in which quantities called charges are conserved. So that, in weak reaction of electron capturing there are initially baryon charge $1$, electric charge $0$ and lepton charge $1$. Since weak interaction up to small corrections preserves these numbers, then the final state also must be characterized by these values. One of possible final states is neutron and electron neutrino. Microscopically it is explained by the weak interactions of $u$ and $d$ quarks through $W$ boson through the reaction $$ u + e \to \nu_{e} + d $$

1
Are the leptons in $\beta^-$ decay already present in the nucleus in some form?
2
Why don't neutrons cluster on their own?
0
Working out the charge of a W Boson
2
In neutrino absorption, what is it really that absorbs the neutrino?
1
What determines whether free neutron decay results in the production of a neutral hydrogen atom?
1
Why is a Hydrogen Atom the most stable state? Free Neutron decay?