Is the GW150914 signal consistent with a superluminal gravitational wave burst?

I've been following the news about the detection of gravitational waves with interest and had a question for those with a physics background. I've gathered that the preferred explanation for GW150914 (Fig 1) is a binary black hole inspiral because it is characterized by an increasing frequency and amplitude over time (Fig 2). However, the other types of signal expected (termed "bursts") have the opposite properties, ie a decreasing amplitude and frequency with time (Fig 3), something like what you get out of a bass drum.

As I understand it, the speed at which this signal propagated is constrained to between the speed of light (c) and 1.7*c. [ref 1] Consistent with a superluminal velocity, the only other observation that has been proposed to have some relation was by the Fermi Gamma-ray Burst Monitor. That team reported a gamma ray burst 0.4 s after GW150914. [ref 2]

I searched the literature a bit and found that apparently what we would expect from a superluminal signal is that it appears in chronologically reversed order from a subluminal signal. Here is a quote [ref 3]:

Therefore, if a macroscopic phenomenon is known to produce a radioemission obeying a certain chronological law, and one happens to detect the reversed radioemission, the observed source should be considered as a Superluminal, approaching object. 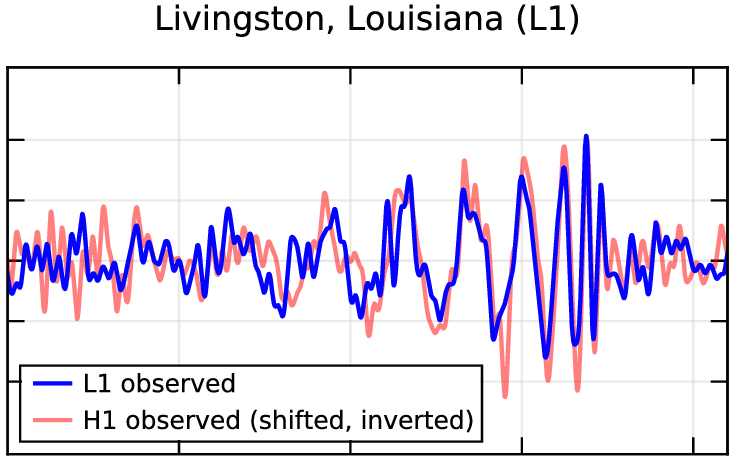 Is someone searching for a superluminal signal? I'm sure someone is, in the same way there are crackpots like apparently Mignani & Recami publishing papers on the topic.

However this isn't a particularly credible line of research. The thing is, superluminal anything violates causality in special relativity. This is not something to be taken lightly. Once you allow for causality violations, the most cherished and fundamental princples of science go right out the window. One can no longer make predictions about the future based on the past, since time travelers from distant times and places are free to affect your experiments whenever it is convenient. With causality violations you could write down your observations in your lab notebook and then the next day go back in time and tamper with the experiment, changing what really happened... and altering what you wrote down? This sort of thing hardly even makes sense, and our usual notions of causality, not to mention time and space, fail to adequately describe such a universe.

One might argue that superluminal physics could do less violence to science as a whole, that we might reformulate some meta-relativity that handles it in a logically consistent manner. But this is speculation well beyond science fiction. Even if such were possible, it would still destroy the foundations of the theory that underpins gravitational waves in the first place.

More philosophically, consider Quine's epistemology and his web of belief. All our experiences (or at least all our science) forms an interconnected web, with various propositions affecting and deriving from others. Some such propositions are predictions: "LIGO will see waveforms that look like..." These predictions can be tested empirically.

But what do we do with conflicting data? What if a prediction turns out to not match reality? Something must be wrong, but what? It turns out we have (too many) choices. Perhaps the prediction was made in error, or perhaps our apparatus doesn't work as we thought, or perhaps our data was poorly analyzed, or, just maybe, our core principles at the heart of the web of belief are wrong.

The point is, you'd hesitate to throw out the core principles that clearly work so well in other cases. If indeed you detected a "time-reversed gravitational wave in your data" you'd sooner look to the more error-prone parts of the web of belief in the area. For example, a new astrophysical phenomenon might be the cause, one that proceeds in conformity with relativity.

Not the answer you're looking for? Browse other questions tagged faster-than-light gravitational-waves ligo or ask your own question.

51
Can space expand with unlimited speed?
8
Meaning of $5.1\sigma$ significance with regards to GW150914
2
Is the sensitivity of the LIGO sensitive enough to measure the “expansion of the universe”? What specifically is the numerical ratio of effects?
1
Is the expanding of the universe also a cause which can induce gravitational waves from mass?

66
Status of experimental searches for tachyons?
8
Meaning of $5.1\sigma$ significance with regards to GW150914
5
What is the uncertainty in the one solar mass radiated away as pure energy? (Gravitational waves)