Why do non-hydrogen atomic orbitals have the same degeneracy structure as hydrogen orbitals?

The solutions of the Schrödinger equation for hydrogen are the "electronic orbitals", shown in this picture:

They have the following degeneracy structure:

It is often said that atoms in other elements simply have more electrons "filling up" the orbitals in increasing order of energy, as required by the Pauli exclusion principle. This is somewhat confirmed via xray spectroscopy: 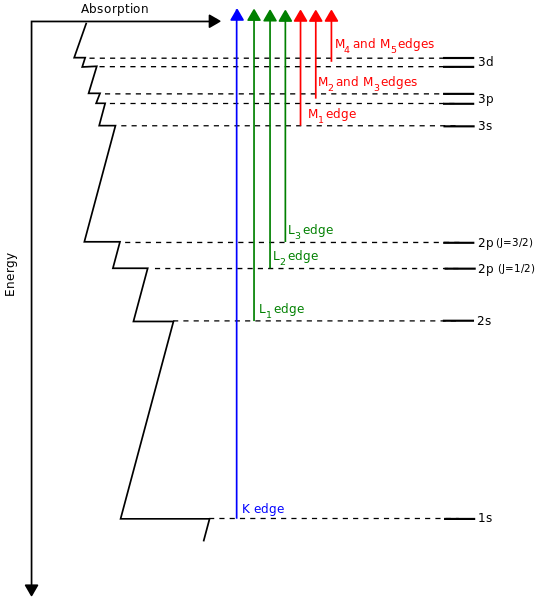 But why would non-hydrogen atoms have the same orbital degeneracy structure as hydrogen, if the actual Hamiltonian is different from one atom to another?

But for any atom with more than two electrons the potential is not centrally symmetric because it includes terms like $1/r_{ij}$ for the interaction between the $i$th and $j$th electrons. This means the hydrogenic orbitals are not solutions.

However because the electrons are delocalised over the whole atom the potential is approximately central. By this I mean that if we take a time average potential the $1/r_{ij}$ terms tend to average out to a central force. In that case we do get hydrogenic type orbital as solutions, but we have to bear in mind that they are approximate solutions. They should be regarded as a useful way of building up the complete electronic structure but they are not themselves real. For example in a lithium atom there is not actually two electrons in a 1s orbital and one in a 2s orbital. There is a single three electron wavefunction that can be approximately decomposed into hydrogenic 1s and 2s orbitals for convenience.

Although John Rennie is right to remind us that when talking about orbitals for a multi-electron atom, it is only an approximation, I would like to point out that the source of the exact degeneracy of the (many-electron) atomic states, it is the isotropy of the atom in the absence of external polarizing fields. This makes the (total) angular momentum J and its projection m, exact quantum numbers, applicable to classification of atomic terms.

0
Why do all atoms follow the same $n$ and $\ell$ quantization conditions as hydrogen?
0
Quantum numbers $n$ and $\ell$ relation in many electrons atom
2
Does Rydberg's formula work for different orbitals?
0
How does one determine orbital configurations in multi-electron atoms?
0
Stimulated emission process in lasers, Is the atom making transition a correct statement?

9
What is the angular momentum spectrum of an sp${}^3$ electron?
3
Quantum mechanics and atomic bonding
20
Why does the conjugated $\pi$ bond not violate the Pauli Exclusion Principle?
20
What does an orbital mean in atoms with multiple electrons? What do the orbitals of helium look like?
0
What factors relate the number of protons in the nucleons with the number of electrons in the orbitals?
6
How can an electron shell hold more than two electrons?
1
Why the rule of filling orbital is increasing $n+\ell$ where in the Hydrogen atom only $n$ gives the energy?
0
Typical application of Pauli exclusion principle in atoms
0
replacing positive soup with neutral soup in plum pudding model after Rutherford gold foil experiment