I have a problem in understanding spacetime. What i understood from the conversion of time to distance is that the interval between any two events is always the same for any observer. But how is that possible and what made the idea of conversion of time to space valid? What will be the big problem if we continued using time in seconds?

There is no conversion of time to space. What you're thinking of is called the metric of spacetime. Simply put, we consider time to be another dimension in a 4-D space. This doesn't mean that time is being measured in terms of distance. Consider a universe with only one spatial dimension. We could graph the path of a particle along this dimension as a plot of $t$ vs $x$ 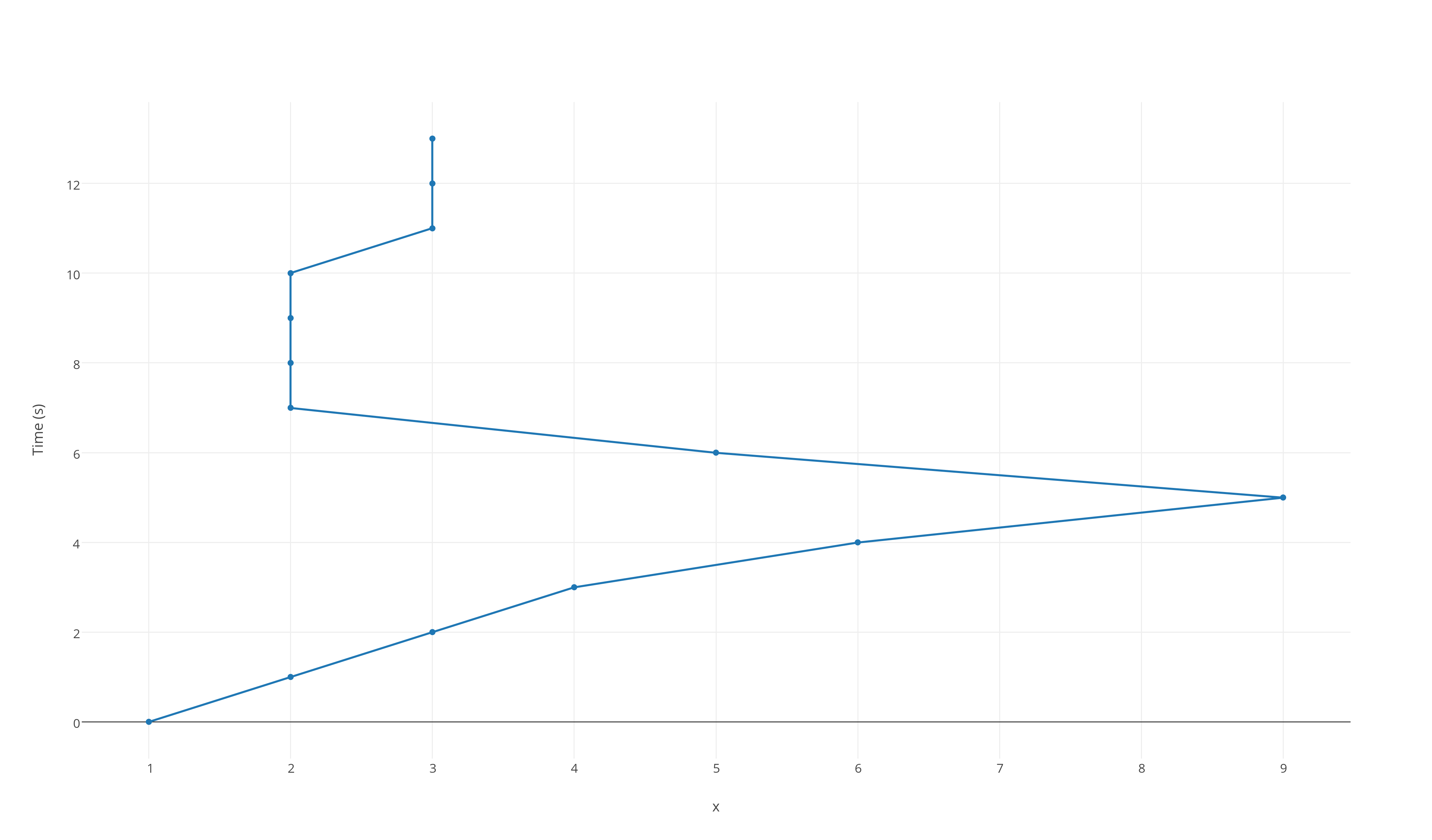 see how x can increase or decrease, but the particle only moves forward in time. This is a bit more difficult with three spatial dimensions, but the concept is the same. Now, to determine the distance between two events we use what is called the metric of the space, which is essentially just an operator that takes two event "vectors" and produces a distance between them. In special relativity, that is flat spacetime, this metric is

If we neglect the time component for a moment, we see that this looks exactly like a differential form of the distance formula in 3-D space using a dot product of position vectors rather than just coordinate measures:

and indeed it is. To be perfectly specific, for any two position vectors in space denoted by $\overrightarrow{u}$ and $\overrightarrow{v}$, the magnitude of the distance between them is given by:

where $\eta$ is the metric, which can also be written as:

In general, this can be thought of as an equivalent to the above vector representation (if you're familiar with Dirac notation, $\langle\overrightarrow{u}|\eta|\overrightarrow{v}\rangle$). Since this takes into account both space and time, one observer can see an event occurring at a later time than another, and/or in a different place. However, $ds$ is always the same. Even though time is being multiplied by the speed of light to add it to the spatial portions, time is still measured in 'seconds' (or minutes or what have you). The reason it's multiplied by $c$ is a bit complicated (google 'null geodesics' to find out more), but a simple explanation is that since we know that light is the fastest thing in our universe, a $ds$ that models our universe must have an absolute minimum of $c\times dt$. The reason for the minus sign is also a little complex, but it has to do with keeping the metric 'Lorentz invariant', if memory serves.

Not the answer you're looking for? Browse other questions tagged general-relativity special-relativity gravity spacetime time or ask your own question.