How does an object regain its neutrality after being charged by rubbing?

Objects (like combs) can be charged by rubbing as charged particles, particularly electrons, are transferred from one object to other. This can be seen as the object (comb) attracts small bits of paper. After some time, the charge on the body seems to disappear. How does this charge disappear without any external influence?

Charged objects have an electric field in their vicinity. The air will always contain a small number of ionized particles - this can be a result of cosmic radiation, local electrical activity, or just the chemistry of molecules. Now if your comb is positively charged, negatively charged ions will be attracted to it and positive ones will be repelled. Over time, this results in a neutralization of the charge on the comb.

The question then becomes - what is the major contributor to the conductivity of the air? A 1988 research report by Hugh R Carlon, Electrical properties of atmospheric moist air: a systematic, experimental study had the following in its abstract:

All results are consistent with the view that ions are produced in moist air [...]

Reproducing figure 3 from that paper: 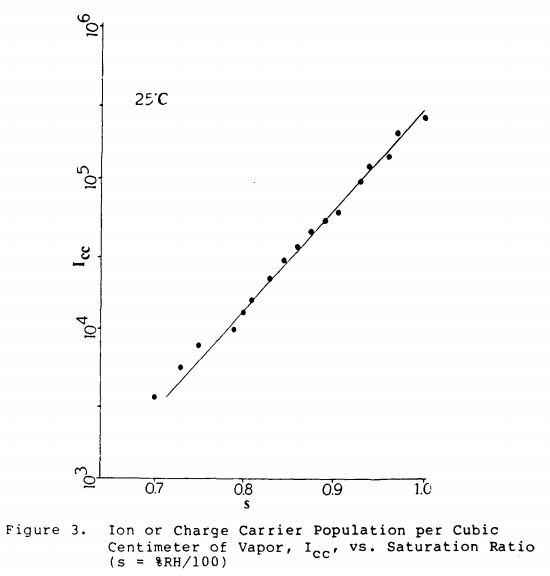 This is the reason, incidentally, that most ESD (electrostatic discharge) damage occurs in winter: when the air outside is cold, the relative humidity inside (where it is warm) will be low; thus the conductivity is low, and objects have a chance to build up charge without it leaking away so quickly.

One more figure from the same paper, showing the discharge current measured for different voltages, at different levels of humidity. Once again, it is hard to escape the conclusion that ionization of moisture in the air is responsible for the conductivity (and thus for the discharging of your statically charged comb): 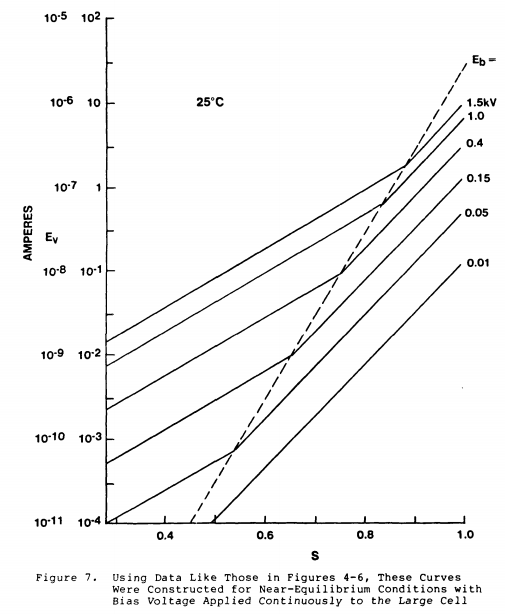 Incidentally, in a dusty environment (see @Boris's answer) you may observe neutral dust particles being attracted to the comb (because of polarization of the particle) - but once it touches, it either sticks, or it will "jump away", having acquired a small amount of charge and therefore being now repelled. In so doing, these particles can be responsible for some charge leakage. But in clean air, moisture is the key component of conductivity.

without any external influence

Insulators aren't conducive to the motion of charge, they tend to get charges embedded in them. Yet, charge still can move--and thus leak off into the atmosphere. Once there, it will automatically spread out and subside.

The charge may also leak a bit to the interior of the insulator--but this won't change anything.

AFAIK the most significant media causing charge evanescence are dust and floor.

The attractiveness of matter or objects are being pulled into these little opening of fabric of space until the holes close as the fabric of space regain it's ground or natural state.

0
Rubbing a balloon on a jumper and it sticks to my hair, eventually hair is uncharged, how do charges leave my hair?
24
How to avoid getting shocked by static electricity?
7
What stops charges from jumping across a capacitor?
0
Building a parallel plate capacitor
1
Why does a charged insulator gets discharged when brought close to a candle?
-1
Physics Static Electricity
0
Preventing Electricity Leakage With Insulators
-2
Can the human body utilize electricity?
1
Do charges flow from strong insulator to weak insulator?
1
How does electric charge flow in the typical experiment of scuffing your shoes across the carpet?
See more linked questions

0
Question on conduction
5
Electrostatic adhesion instead of glue. Is it possible?
2
How does food plastic wrap get positive and negative charges on opposite sides of the plastic?
0
Can non-conductive materials can be grounded by a wire?
0
Electric Field and Neutral Objects
0
How can a charged insulator produce an electric discharge?
0
Clarification about static electricity (transfer of e's in conduction)
0
Will a triboelectrically charged object in vacuum stay charged forever?