The "Opposite GR Prediction": 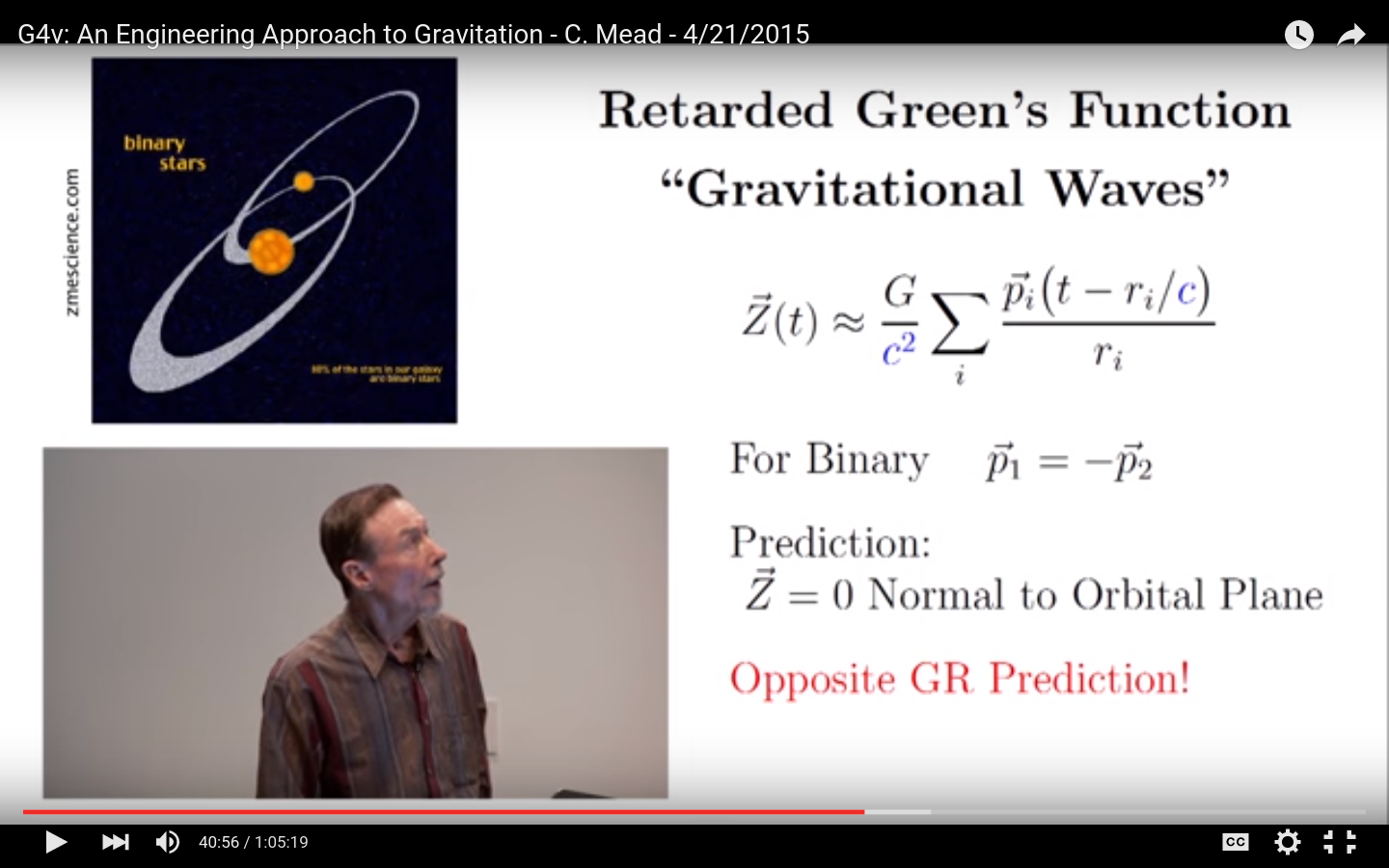 Moreover, the LIGO experiment is designed in such a way that it very well could discriminate between GR's and G4v's predictions. 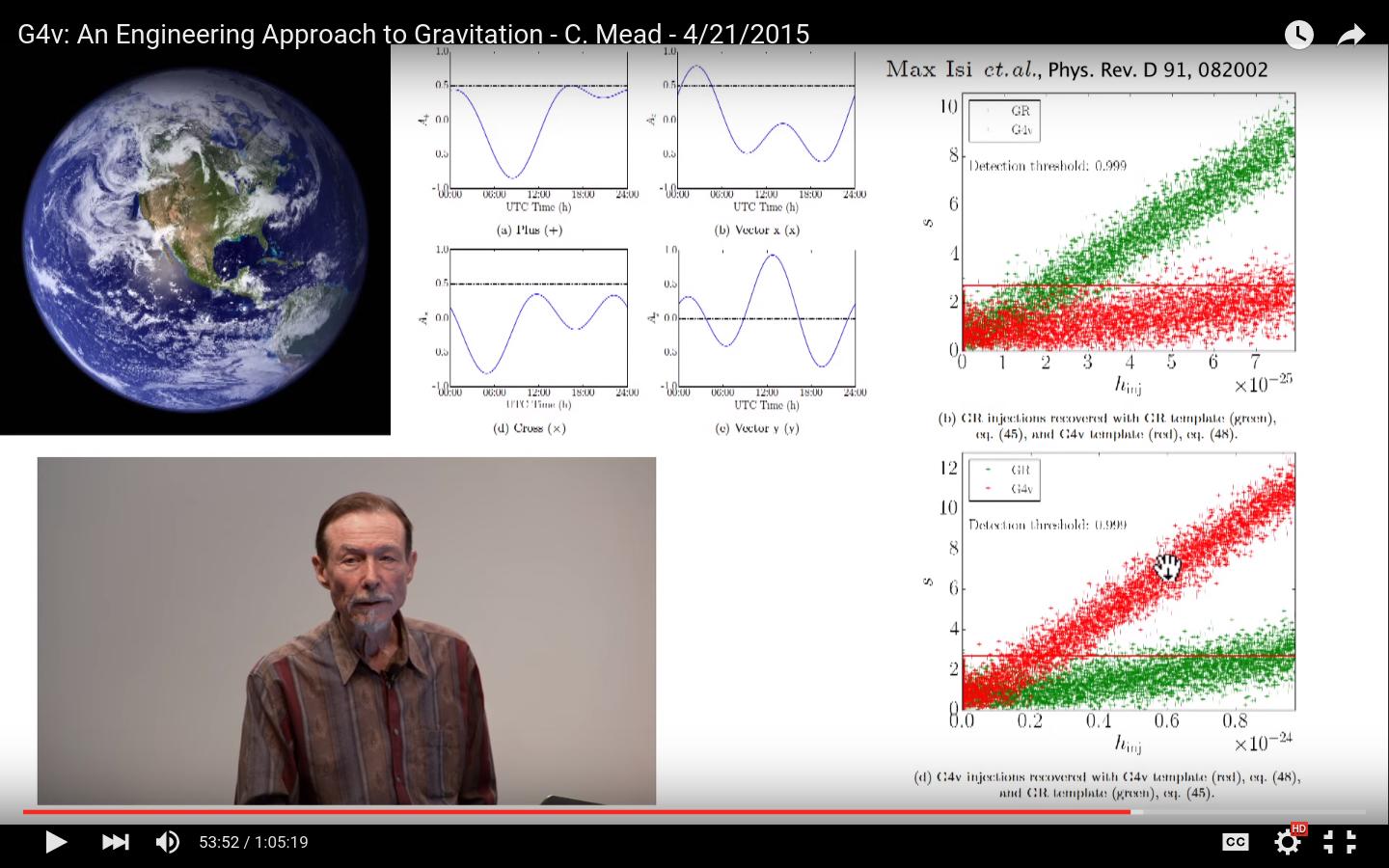 The LIGO observation of gravitional waves have now been made. Were they of sufficient quality to discriminate between these (and possibly other) predictions, as the LIGO scientists had designed the experiment?

Gravitational coupling of the propagation four-vectors of matter wave functions is formulated in flat space-time. Coupling at the momentum level rather than at the "force-law" level greatly simplifies many calculations. This locally Lorentz-invariant approach (G4v) treats electromagnetic and gravitational coupling on an equal footing. Classical mechanics emerges from the incoherent aggregation of matter wave functions. The theory reproduces, to first order beyond Newton, the standard GR results for Gravity-Probe B, deflection of light by massive bodies, precession of orbits, gravitational red shift, and total gravitational-wave energy radiated by a circular binary system. Its predictions of total radiated energy from highly eccentric Kepler systems are slightly larger than those of similar GR treatments. G4v predictions differ markedly from those of GR for the gravitational-wave radiation patterns from rotating massive systems, and for the LIGO antenna pattern. The predicted antenna patterns have been shown to be highly distinguishable in the case of continuous gravitational-wave sources, and should therefore be testable as data from Advanced LIGO becomes available over the next few years.

John Cramer, the source of one of the cited articles above, tells me:

Carver Mead says that G4v is not disproved, but calculations are needed to see if it can do as well as GR in fitting the aLIGO data. The problem is that the main differences between G4v and GR predictions are in the polarization behavior, and Hanford and Livingston, because their arms are almost parallel, are relatively insensitive to polarization. A LIGO colloquium speaker at UW last week said that they may have to wait until VIRGO in Italy comes on line (real soon now, but they need to see an event after it does) to have the polarization sensitivity to falsify one of the predictions.

So, indeed, it seems the parallel nature of the LIGO arms is making it difficult to make a determination. VIRGO was mentioned, but I also do wonder if eLISA will provide any insights on this question:

Not the answer you're looking for? Browse other questions tagged general-relativity gravity experimental-physics gravitational-waves ligo or ask your own question.

8
G4v Gravity Theory: Why does this get rid of Dark Energy?

8
G4v Gravity Theory: Why does this get rid of Dark Energy?
5
Frequency and amplitude for the three gravitational wave events at LIGO
4
Correlation between gravitational and electromagnetic radiation from collision of Kerr-Newman black holes
93
Why does the LIGO observation disprove higher dimensions?