In this case, the gravitational force is the centripetal force, i.e. the force which keeps the satellite moving in orbit. As you have correctly surmised, the net force is towards the Earth, and the satellite will accelerate in that direction.

What makes you think there is another force "holding the satellite in orbit"?

The force which acts on a body undergoing circular motion, always pointing towards the centre of the circle. This force ensures that the body remains at a fixed distance from the center of the circle. It can be gravitational, electrostatic, magnetic etc. Edit: It can also be a combination of two or more different kinds of forces.

Think of it this way: 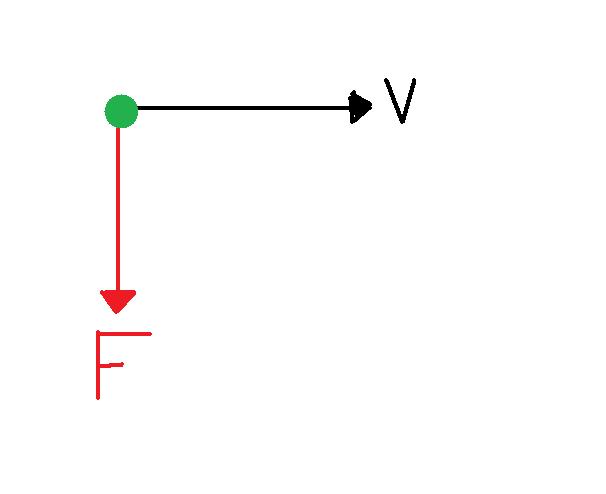 The green thingy is a ball whose velocity is initially along the black horizontal line. Now I apply a force along the red line, which is perpendicular to the black one.

This causes the ball to turn ever so slightly downwards, so that it has a new velocity (v').

At the same time, I adjust the direction of my force so that I have a new force (F') which is perpendicular to v'. 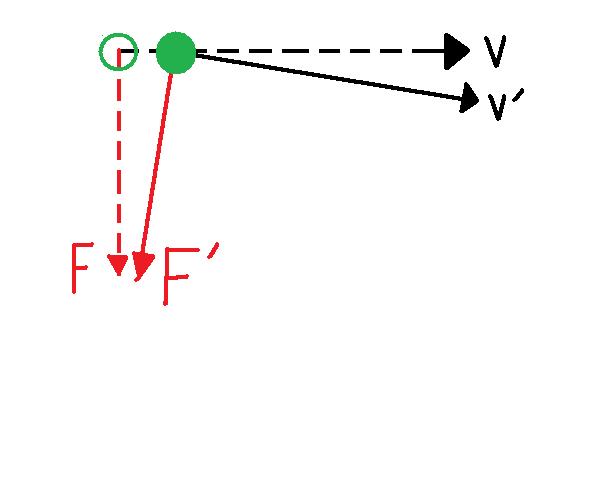 So the velocity keeps on changing direction, and I keep on adjusting the direction of my force so that the ball moves in a circle. At any point, the force is perpendicular to the velocity. 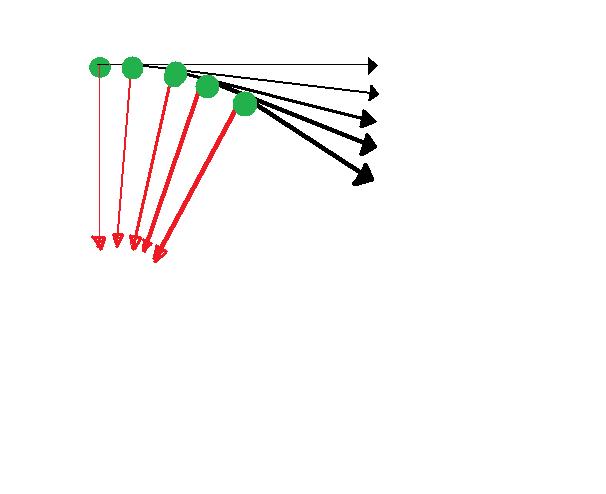 Notice that had there been no force, the ball would simply have moved in a horizontal straight line. The force 'forces' the ball to move in a circle. ;-) No force is required to 'balance' the centripetal force.

This one is a little more complicated. It's best explained through an example.

This is true for all accelerating frames - anyone inside the frame thinks that they are not accelerating, and hence feels the effect of a "pseudo" force which acts opposite to whatever real force is acting on them and making them accelerate.

Remember: If there was a rock at the same height as the satellite with no horizontal velocity, it would fall directly back to earth.

Satellites usually travel at very high absolute speeds, around 10 km s$^{-1}$. Depending on the orbit type, the direction of the velocity is not quite perpendicular to the radius. Note that the earth's radius is 6,371 km. So you have a satellte going 10 km s$^{-1}$ around an object about 600 times its length. Remember that gravity is an acceleration downward of 9.8 m s$^{-2}$, or about 0.01 km s$^{-2}$. So after 100 seconds of gravity working on the satellite it has travelled about the same order of magnitude as the body that it is orbiting. If the satellite travels further than the radius of the body (in this case, Earth( in the time gravity pulls down on it then it remains in orbit.

So there is a certain speed called the "escape velocity" that the satellite needs to be moving faster than to remain in orbit, otherwise it slowly spirals down to earth.

Looks like you are thinking that motion should be along the line on which the Net Force lies as well as in the direction of Net Force.

71
Why doesn't the Moon fall onto the Earth?
11
How does Newtonian mechanics explain why orbiting objects do not fall to the object they are orbiting?
3
Centripetal force of a rotating rigid body?