In many aerodynamical descriptions involving vortex structures (e.g. the Crocco's theorem) there is a useful physical quantity called Lamb vector:

I lack a physical intuition for sch quantity, cause I have only see its derivation via "cold" vector calculus. It certainly has dimension of acceleration.

Could anybody provide a verbal explanation, what this quantity represents?

Therefore, the Navier-Stokes equations can be rewritten as

We see that the Vortex force, i.e. $\bf{u}\times \boldsymbol{\omega}$, shows up on the RHS of our equations, and makes it clear that velocity-vorticity interactions can accelerate the flow. There are many examples where this perspective offers insight. I am going to give one below.

Let us consider Langmuir circulations. These were first reported by Nobel laureate Irving Langmuir$^*$ on a trip he was taking across the Atlantic. These circulations, basically counter-rotating rolls, are an extremely important process in upper ocean dynamics, as they mix the upper ocean, which then modulates air-sea interactions. A picture of these rolls is shown below. 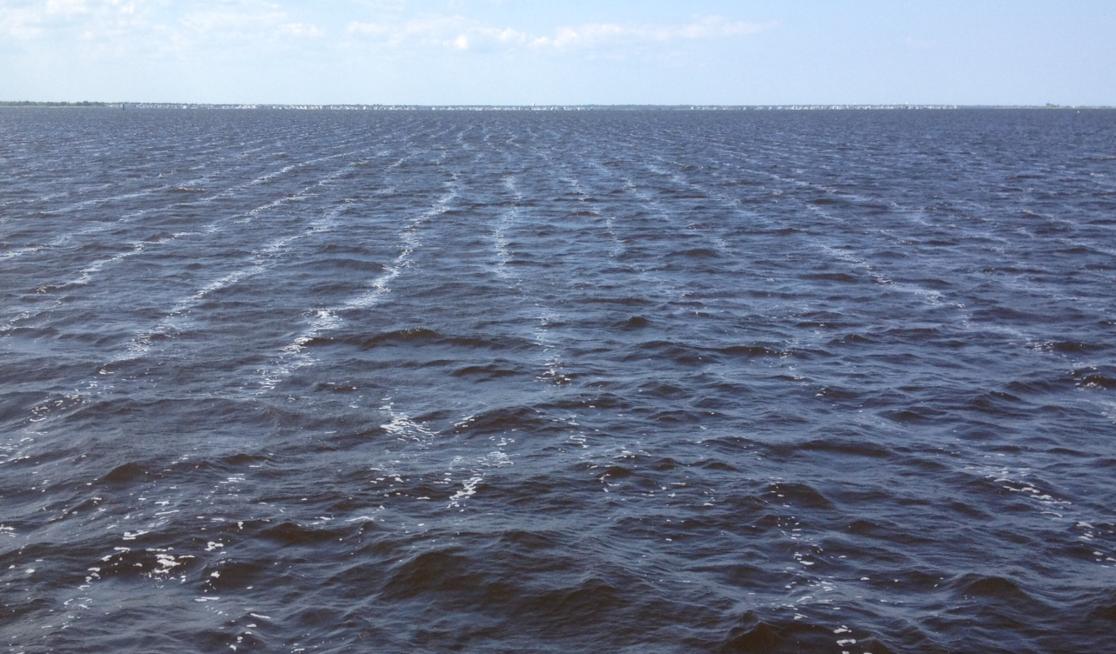 The derivation of the equations describing Langmuir circulation, known as the Craik-Leibovich equations, is pretty involved as one must grind through a great deal of algebra. Useful references are Craik & Leibovich (1976), and Leibovich's review in 1983.

Very heuristically, we consider a wave field, that contains Stokes drift $\bf{u}_s$. This drift is due to the slightly elliptical orbits that finite amplitude (Stokes) waves have. It is a flux of mass.

Now, if one properly sets up their scales, does the right averaging etc they end up with the equation

where $\bf{v}$ is the velocity of the (slow) mean flow, $p$ the pressure,$\nu$ the kinematic viscosity, and

where $\boldsymbol{\omega} = \nabla \times \bf{v}$. Note this is the vortex force we discussed above.

So, in this context, the mean flow obeys something analogous to the Navier-Stokes equations, $\bf{PLUS}$ the vortex force due to the interaction of the Stokes drift and the mean flow.

Let's consider an example, shown in this figure 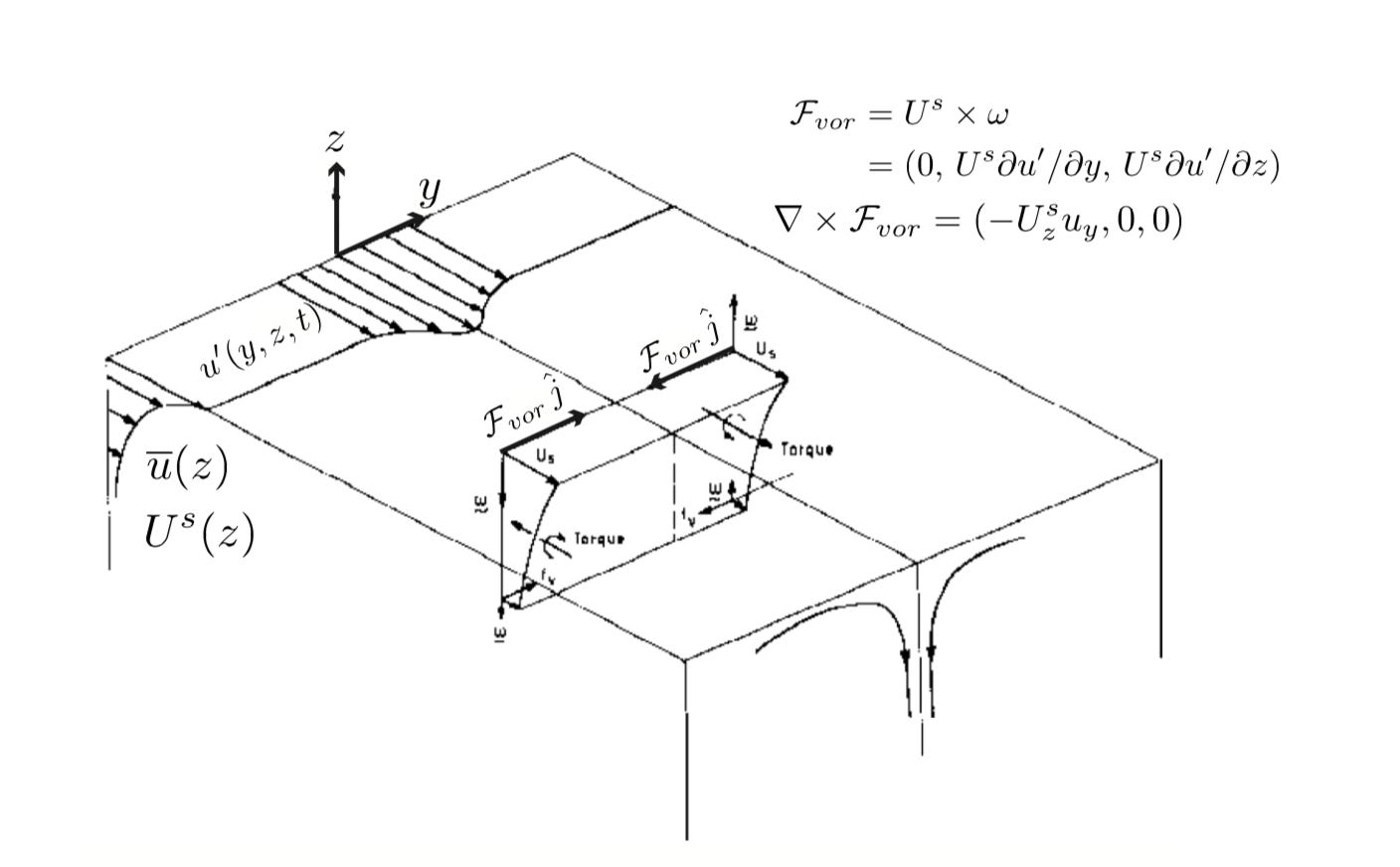 The stokes drift is shown here as $U^s$. We consider an initial perturbation, $u'$, as shown by the arrows on the left side of the figure. If one works out the curl in $\bf{F}_{vor}$, they see that this would then lead to convergence of the flow, and then necessarily to downwelling. This then decreases with depth, forming the rolls known as Langmuir circulations.

$^*$ Langmuir worked with Kurt Vonnegut's brother (who was a climate scientist), and formed the basis for the character Felix Hoenikker in Cat's Cradle.

Not the answer you're looking for? Browse other questions tagged fluid-dynamics aerodynamics vortex or ask your own question.