Ask Question
Asked 11 years, 5 months ago
Modified 9 years, 2 months ago
Viewed 49k times
11
$\begingroup$
As it currently stands, this question is not a good fit for our Q&A format. We expect answers to be supported by facts, references, or expertise, but this question will likely solicit debate, arguments, polling, or extended discussion. If you feel that this question can be improved and possibly reopened, visit the help center for guidance.
Closed 9 years ago.

Inspired by a similar post, I wanted to know what video games, past or present, most accurately employ the laws of physics.

I believe this is an appropriate question for this site, since the users are far more qualified to answer it than anyone on typical gaming sites, who think they know a lot more about physics than they really do. In my limited experience, most games claiming "realistic physics" are anything but. 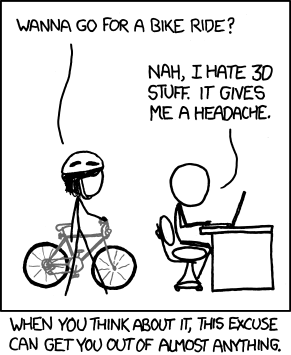 A lot of pool(/snooker/billiards) video games are pretty realistic.

Because implementation of physics engines of such games is relatively easy task.

Here is one example.

Other games in which some physics is real are

Mafia II (2010) currently has the world's best physics model for gravity, acceleration, driving and destruction of parts of cars (exact models of physical characteristics of dozens of types of historical cars), buildings, piling up of debris, ashes, broken glass on the floor, people, friction, fire, smoke, optics including complicated absorption and reflection models off different types of metals on the cars' surface, and everything else.

In all those respects, it was a huge winner, as expected from a similarly groundbreaking Mafia (I) in 2002.

However, the play fun itself is limited as people often think that there are not too many things to nontrivially interact with in the city and the tasks form a completely linear sequence which is often considered boring - even though this was the Mafia II's plan from the beginning because this leads to much more organized, movie-like experience. Mafia II - and dozens of other games that exist today - uses NVIDIA's PhysX enhancement of the physics calculations by graphics cards, see e.g.

If you want a more impressive, financially unrealistic but physically valid scene with thousands of barrels that are falling and exploding, see Crysis Physics

which still remains a benchmark.

I was never able to do rigorous quantitative analysis, but in my memory, Scorched Earth always seemed very realistic, including proper trajectories, air resistance, and wind.

The original Asteroids arcade game has a very good model of rocket propelled flight in vacuum micro-gravity (Well, it neglects the matter of the fuel mass-fraction. So assume an unreasonable efficient propulsion system...). Of course, the space metric is toroidal and the collisions model is rather primitive... Edit: Wikipedia tells me that the ship in Asteroids would coast to a halt. I don't recall that, but it seems to kill this assertion. ::sigh::

Likewise the Lunar Lander game many of us recall from the 8-bit era handled vacuum maneuvering in a non-trivial gravitational environment. Again the collisions model was a bit simpleminded...

I'm going to have to throw out a vote for X-Plane, approved by the FAA for flight simulation.

Most first-person shooter today actually have a decent gravity model. Angry Birds is fairly realistic, for a phone game as well.

Half-Life 2 has what appears to be nice physics, which are also involved in puzzles, where you, for example, have to move floating barrels under a broken bridge so it rises and supports your vehicle.

It's a very nice game with realistic collision physics simulation.

You should definitely look into Algodoo (formerly Phun) at http://www.algodoo.com/ This is not a game per se, just a "physics sandbox" - a game with no goal other than one you set yourself. Rich mechanics, fluid dynamics, air friction, motors, ability to change object mass, friction, flexibility, collision layers and so on...

Another game you might be interested in is the Powder Game, http://dan-ball.jp/en/javagame/dust/ much more simple but with rich particle physics simulation - various materials of specific properties: water(freezable, evaporable), explosives, magma, sand, rock, oil (burnable) and so on.

Have a look at http://gamelab.mit.edu/games/a-slower-speed-of-light/

A Slower Speed of Light is a first-person game prototype in which players navigate a 3D space while picking up orbs that reduce the speed of light in increments. Custom-built, open-source relativistic graphics code allows the speed of light in the game to approach the player's own maximum walking speed. Visual effects of special relativity gradually become apparent to the player, increasing the challenge of gameplay.

This post has been dead for a while, but I can think of a few really good PC games.

Literally every object is destructible. On a dev showcase video they even say "we needed to stop making buildings that looked nice, and start designing buildings like architects, because the nice looking buildings would simply crumble under their own weight."

A very un-known game "Cortex Command" is really good about physics. Every bullet / weapon / vehicle is made out of physical material, which can be destroyed.

If your PC can handle it, Crysis 1 has a relatively open world fully destructible environment as well.

As suggested above "Algoodoo" is a great physics sandbox. As is "The powder toy"

Some good flash games include "Fantastic contraption" and "incredibots"

Not the answer you're looking for? Browse other questions tagged simulations laws-of-physics or ask your own question.

5
Trying to model pinball physics for game AI
2
Simulating Gravity in 3D Game?
22
How realistic is the game "A slower speed of light"?
100
Why do most formulas in physics have integer and rational exponents?