How does a point charge interact with a Gaussian surface?

A spherical Gaussian surface encloses a point charge $q$. The point charge is moved to to a point away from the center of the sphere.

I am not certain of the consequences of this interaction.

It seems like it changes for most points, but not all (as there are some points which remain equidistant to the radius of the surface), change as the radial distance $r$ from the surface and the particle increases because $\vec{E} \propto r^{-2}$.

I know by Gauss's law that the flux is constant for enclosed charge though, and zero for an external charge. Yes?

If you are trying to find the E-field due to a point charge using Gauss then to make the surface integration easier you choose a surface which has the following properties: 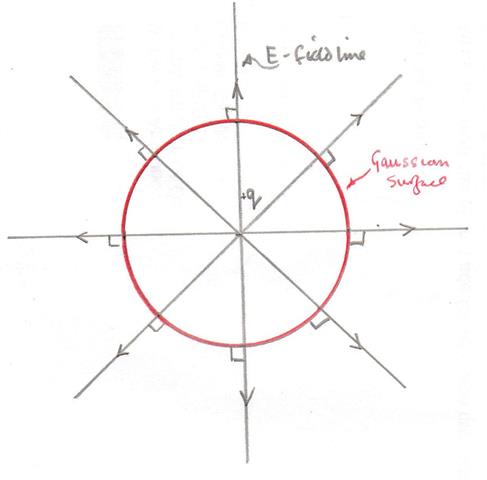 In fact this is an equipotential surface.

Now if you move the Charge or the Gaussian surface you can still use Gauss but the surface integral becomes more difficult. 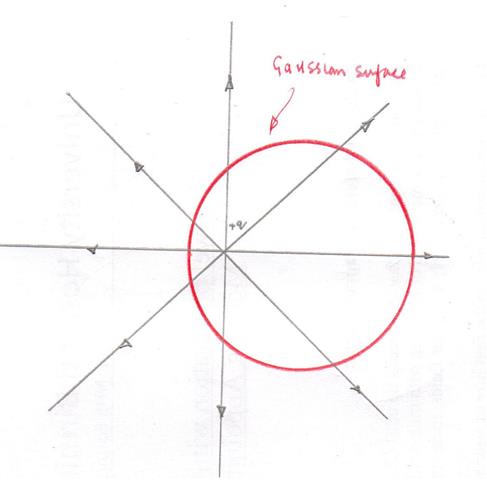 As the diagram shows the two conditions for a simple integration are not met in that the E-field is not perpendicular to the surface and it is not constant in magnitude.

In terms of flux it is perhaps easier to understand by going back in time when Faraday and others thought that the E-field lines (lines of force) actually "existed" and flux was a measure of the total number of these lines going through a surface. If you use that representation you can see that the number of field lines passing through the surface is the same in both cases, so the flux is the same.

So going back to your last question:

In the first diagram if you introduced a spherical conductor where the Gaussian surface is shown (remember that it is an equipotential surface) the E-field would not change except become zero inside the conductor. 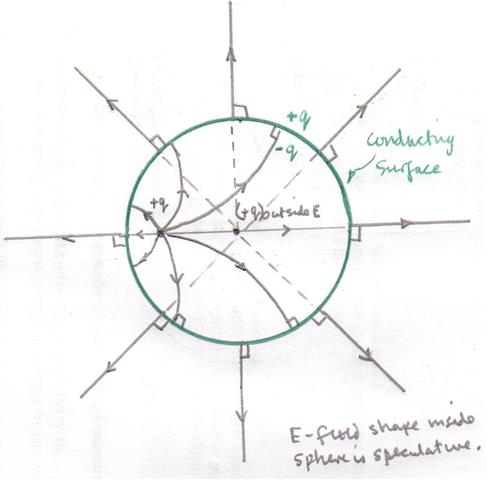 Charge $-q$ is induced on the inside of the shell with a non-uniform distribution but the amazing thing (to me) is that the charge $+q$ which is induced on the outer surface is uniformly distributed on the surface of the sphere. Perhaps not so amazing if one thinks that those charges are trying to get as far away from one another as possible.

So perhaps it is safer to keep the Gaussian surface as a figment of your imagination?

Yes, it change. Where distance is decreased Electric field increase.

Flux is total electric field lines passing through a surface.

Since number of electric field lines passing are constant , flux is also constant.

Not the answer you're looking for? Browse other questions tagged homework-and-exercises electromagnetism electrostatics electricity gauss-law or ask your own question.

3
Why do charges uniformly distribute themselves on the surface of a conducting sphere with a charge inside its cavity?