I'm a bit confused about free body diagrams on inclined planes with frictions.

Consider the situation in the picture, where $A$ and $B$ slide togheter on a inclined plane and I want to find a force (the one in grey) to make them have constant speed (i.e. to balance all the other acting forces).

I put in the picture in green and purple the forces that I think are due to friction. Since $F(A)$ would make $A$ slide with respect to $B$ there are two forces (that I callled $f(A)$), in purple acting on $B$ and $A$ with opposite directions. I put then two forces $f(B)$ in green, due to to the fact that $F(B)$ would make $B$ slide with respect to $A$.

I tried to solve the exercise in this way but it's not correct, and I am probably missing something.

Can anyone help me to understand what are the forces due to friction acting in this situation? 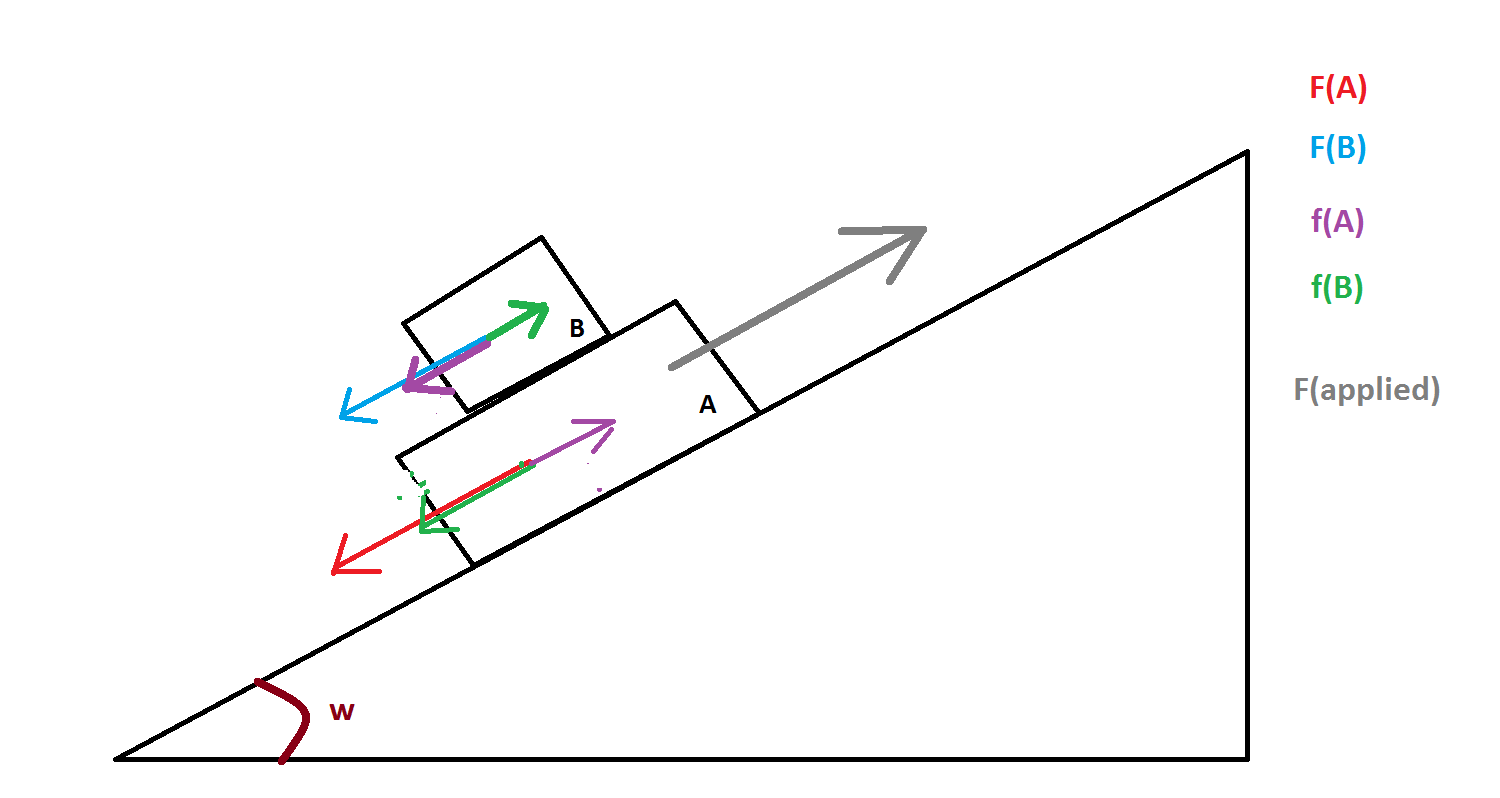 By the way, is the expression of $F(A)$ correct?

Yes. If $F(A)$ is the parallel component of $A$'s weight, then only $A$'s mass should be included in the expression. Only if you wanted the weight-component of the entire system (both boxes as if they were one) should the total mass be used.

Does each of these two forces implies an action reaction pair at the surface between $A$ and $B$, due to static friction, since $B$ do not move with respect to $A$ and neither $A$ moves with respect to $B$?

No, it is not the weights that cause an action/reaction force-pair. Well, of course they do, but not on the boxes.

Newton's 3rd law, which you are refering to, says that if an object applies a force, it is itself affected by the same force in the opposite direction. The weight on $A$ is exerted by the Earth. So while $A$ is pulled downwards because of the weight, the Earth is pulled upwards. You are right that there always is an action/reaction force-pair present - but this has got nothing to do with the other box.

It is rather the friction you should mention. Because while $B$ exerts friction on $A$, then $A$ exerts the same force but in the opposite direction on $B$. Friction will always be a force-pair at the touching surfaces. And maybe that is also what you actually meant.

Can anyone help me to understand what are the forces due to friction acting in this situation?

They are already the two counterparts! The friction on one box equals the friction on the other (in the opposite direction), and together they constitute the action/reaction force-pair.

This means that you should remove the green arrows and only keep the purple ones (or vice versa).

After removing these, the force diagram is correct in the parallel direction (I assume the incline is smooth and without friction), and you can try again with Newton's 1st law to find the value of the static friction.

If you do not want the top block to slide you must have the component of the weight of the top block down the slope less than or equal to the maximum static frictional force between the top block and the bottom block.

Here are the free body diagrams without the weights resolved 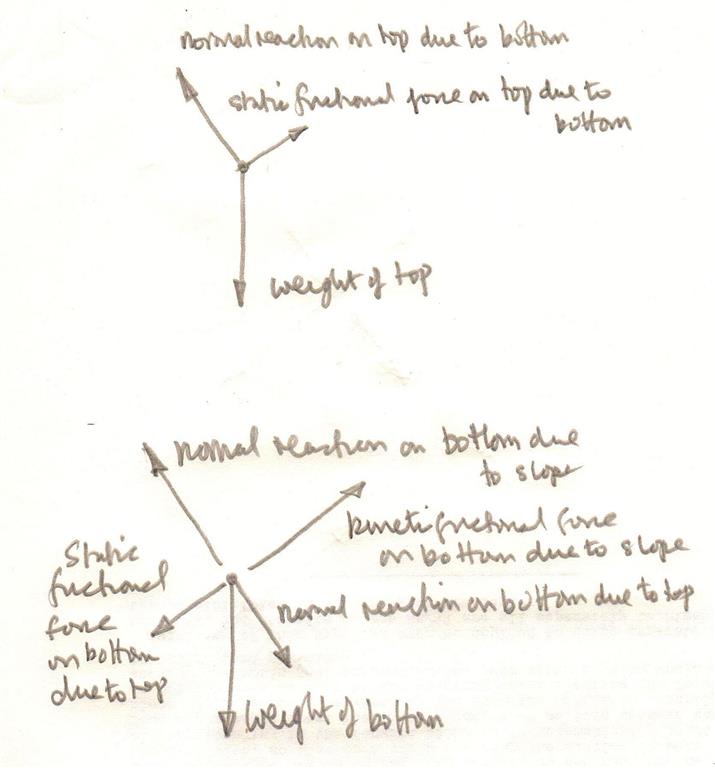 Not the answer you're looking for? Browse other questions tagged homework-and-exercises friction free-body-diagram or ask your own question.