Diffraction of light and separation of its colors

When the wave fronts of light pass through a barrier that has many slits, different wavelengths appear at different angles. What I don't understand is that why is it when the angle changes so does the wavelength (the color) of light,,?

The light waves from the many slits overlaps and you see the result of that overlapping. Along certain directions (at certain angles) the waves of a particular wavelength from all of the slits overlap in such a way so as to reinforce one another to produce light of high intensity. That direction depends on the wavelength of the light and so for different angles you see light of different colours (wavelengths).

The device is called a diffraction grating and there is a formula which predicts the directions of high intensity.

where $n$ is an integer, $\lambda$ is the wavelength of the light, $d$ is the separation of he slits and $\theta$ is the angle. 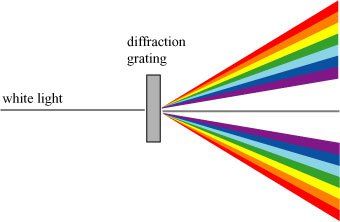 Note that the same effect can be obtained from a whole lot of reflecting surfaces as there are on a CD or DVD. 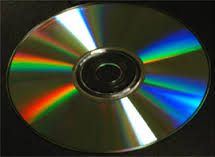