Precession on a heavy rod: Angular momentum and torque contradiction

Say I got a so massive rod and a relatively light spinning flywheel. Fixing an end on a pivot, and the disk on the other endpoint, as expected, the rod would undergo precession.

More clearly, there's a obvious contradiction that a torque has made angular momentum change not only in its own direction i.e. what torque, at first, made the massive rod precess? Anyone to point out where I went wrong?

The left hand diagram is in the plane of the couple produced by the weight of the rod and disc and the reaction force at the pivot point. 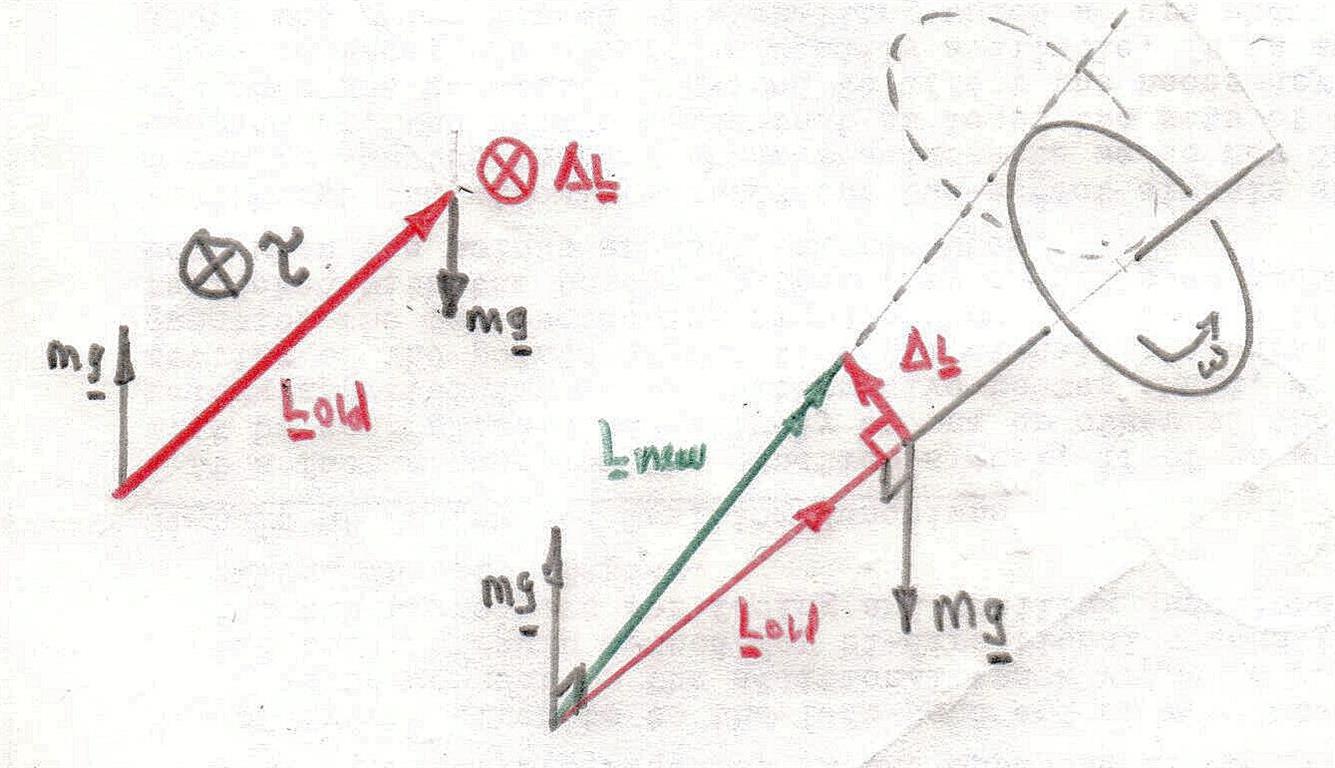 The right hand diagram is my attempt at a 3D schematic.

So the angular momentum of the system changes direction, the precession, but there is no change in magnitude.

Now you cannot have it all ways. Up to now all that has been mentioned is the total angular momentum of the rod and the disc. 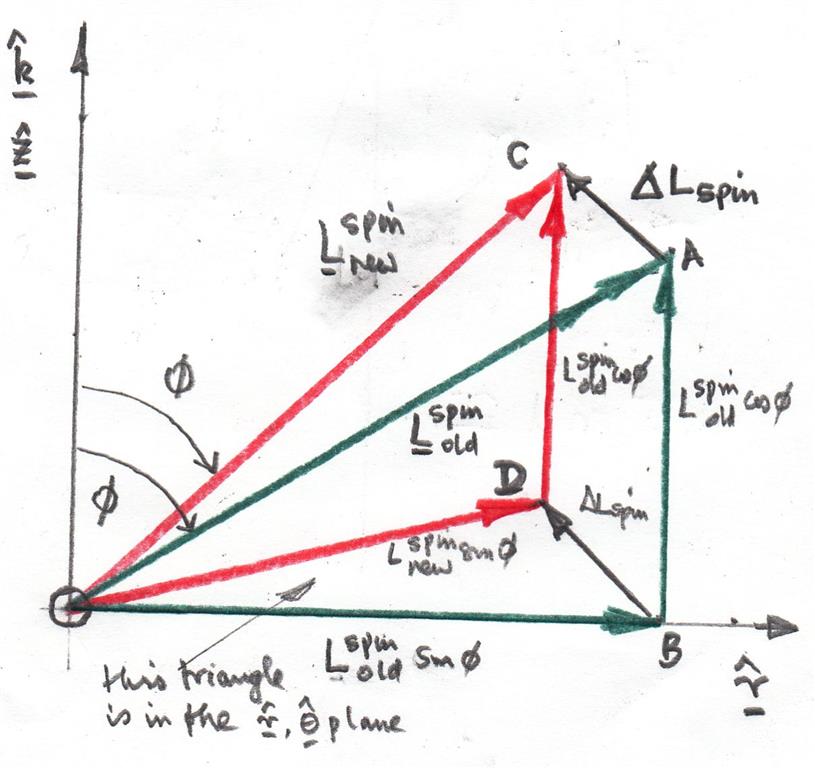 Apologies for the different annotation but it saved me time using an old diagram.

What do you notice. The angular momentum in the $z$ direction does not change. This is correct because as you pointed out there is no torque in that direction.

Later after seeing your diagram

This is something that greatly confused me too when I first learned about this!

If the disk was not rotating, but the rod and disk system was rotating about the z-axis, then you are right, we would have a non-zero $L_z$. But the disk is spinning. When precession begins the net torque on the system still has no z-component. If you were to add up all of the angular momenta of each particle in the system, you would find that $L_z$ is still $0$.

In other words, there is no torque in the z-direction that is required to get the system to precess. You can't think of it as a stationary disk rotating about a rod. The net torque is in the x-y plane due to gravity, and this determines the change in $\vec L$ over time.

Not the answer you're looking for? Browse other questions tagged angular-momentum rotational-dynamics precession or ask your own question.