Why doesn't the 9th ball move in the break in the nine-ball pool game?

In the game of nine-ball pool, we break the rack like shown below: 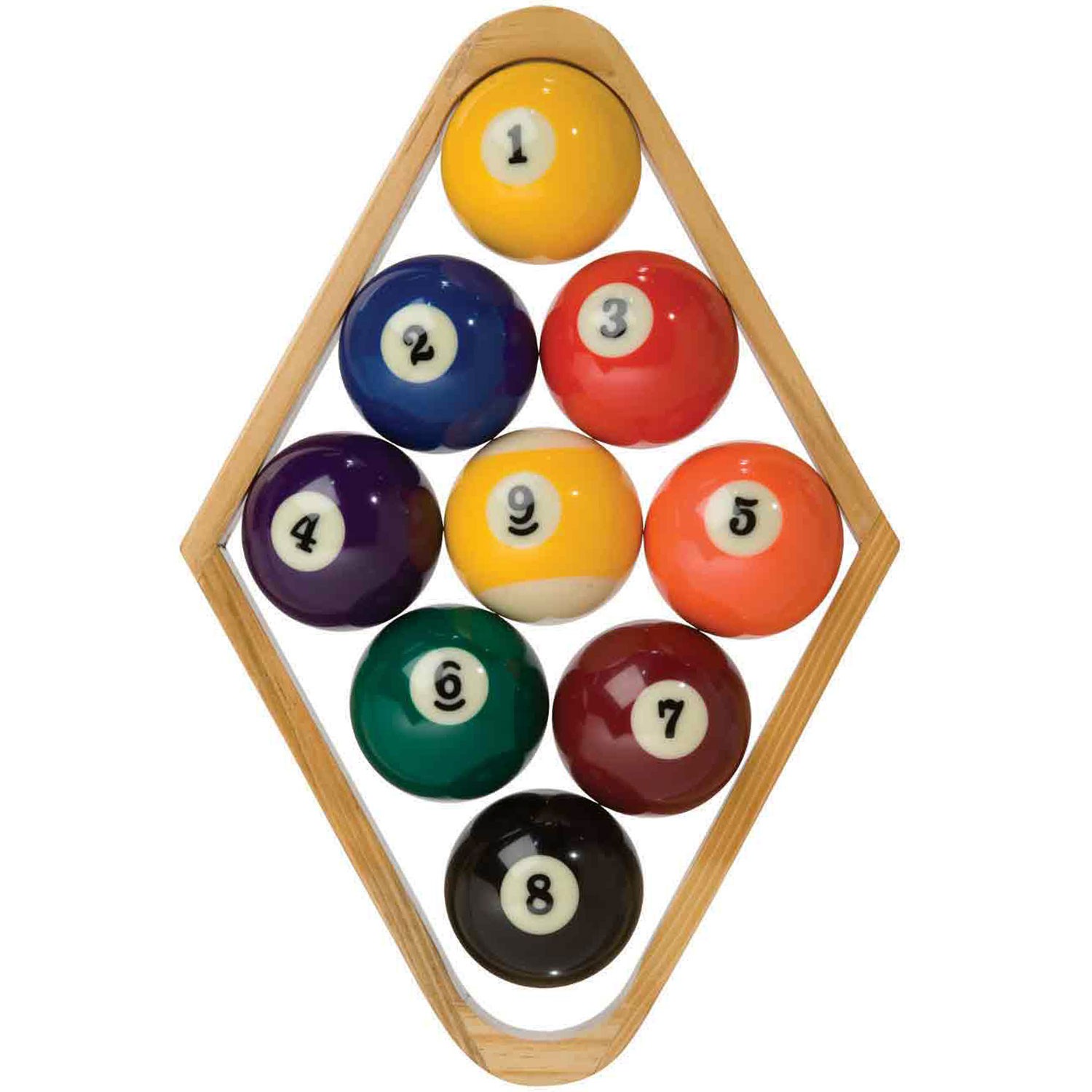 In the break, we hit the 1st ball with the cue ball. Many people familiar with pool games say that if the rack is constructed properly (i.e. there're no gaps between adjacent balls), the 9th ball won't move a bit.

As far as I've seen, this folklore is very true. Usually, the 9th ball moves little.

I've googled much and failed to reach any mathematical or physical proofs about this. Does anyone know whether this is true?

The behavior of the balls in Newton's cradle does provide a clue to understanding this phenomenon. Because of the spherical symmetry of the balls, and the fact that they make contact at a point, the propagation of compression pulses through the array is not like regular sound propagation through a solid medium. Sound in any medium is usually subject to some dispersion. In Newton's cradle there is almost no dispersion. That is why only one ball flies off the other end while the remaining balls remain motionless (this is true to a good approximation no matter how many balls are present). If you do the math (which involves a discrete to continuum approximation) you will find that compression pulses propagate as solitons through such an array. Solitons are solutions to a nonlinear partial differential wave equation and they manage to keep their shape even when undergoing collisions or reflections (for example dropping a ball from both ends of Newton's cradle from the same height at the same time). It is not that dispersion is absent from the wave equation, instead it is exactly cancelled by the nonlinear term for the soliton solution. Optical analogs of Newton's cradle are of very great research interest at this time (see http://arxiv.org/abs/1305.5911 ) because of the potential for dispersion free (soliton) communications in optical fibers.

Now let's consider the 9-ball pool break problem. When ball 1 is struck at its topmost point a compression pulse is initiated. When this pulse results in contact with balls 2 and 3 (simultaneously) soliton like pulses will move in the 1,2,4 and 1,3,5 lines respectively. Now solitons of this type are stable in only one dimension (Newton's cradle is effectively one dimensional because the strings and gravity confine any transverse movement). The pool problem is two dimensional so there will be some leakage of energy and momentum into the transverse directions to the 1,2,4 and 1,3,5 lines. Solitons are very robust, however, and can shed small amounts of energy and momentum into transverse motion without breaking up (they just slow down a little). When the soliton pulses reach balls 4 and 5 they simply change direction into the 4,6,8 and 5,7,8 directions. The shedding of energy and momentum into transverse motion along these new lines will be nearly identical to that associated with the 1,2,4 and 1,3,5 directions. Now specifically consider the components of momentum that impact ball 9. Because of the robust non-dispersing soliton like nature of the compression pulses, the components of momentum on ball 9 all cancel to a first approximation. For all other balls (except ball 1) there is an unbalanced recoil associated with the leaked energy and momentum and they will move under this unbalanced recoil. Ball 1 is a somewhat more complicated story, but since the question did not involve its motion or lack thereof I will ignore this aspect.

The non-linearity referenced above is due to the Hertz ($\alpha x^{\frac{3}{2}}$) stress-strain relationship for solid spheres. The pool problem, unlike Newton's cradle, also has friction between the balls and the table. The soliton pulses, nevertheless, are due to the elastic deformations of the balls and pass before the balls begin to roll. Friction does play a role in permitting the change of direction of the soliton pulse at balls 4 and 5 (effectively yielding a reflection). Once the balls are moving due to their unbalanced momenta, friction will cause rolling rather than sliding.

Not the answer you're looking for? Browse other questions tagged newtonian-mechanics conservation-laws collision rigid-body-dynamics or ask your own question.

2
Newton's Cradle: why does it stay symmetric?

5
Perfectly centered break of a perfectly aligned pool ball rack
12
Can a pool ball change direction mid-roll?
9
What determines whether a pool ball will bouce backwards after colliding with another pool ball?
0
Why doesn't the conservation of linear momentum hold in this case?
0
Collision angle relation to velocity of balls in Billiard Pool Game
1
The Physics behind “The Wall” Game show ball drop
1
Why a ball doesn't stop when it collides with a wall?