Why do icebergs move perpendicular to the wind?

I know it has to do with to Coriolis force and the Ekman layer but I didn't really understand the explanation.

From Wikipedia: "Ekman transport, part of Ekman motion theory first investigated in 1902 by Vagn Walfrid Ekman, is the term given for the 90° net transport of the surface layer (the layer affected by wind) by wind forcing. This phenomenon was first noted by Fridtjof Nansen, who recorded that ice transport appeared to occur at an angle to the wind direction during his Arctic expedition during the 1890s."

Wikipedia shows the math, but it doesn't give an intuitive explanation. can anyone state a simple explanation? 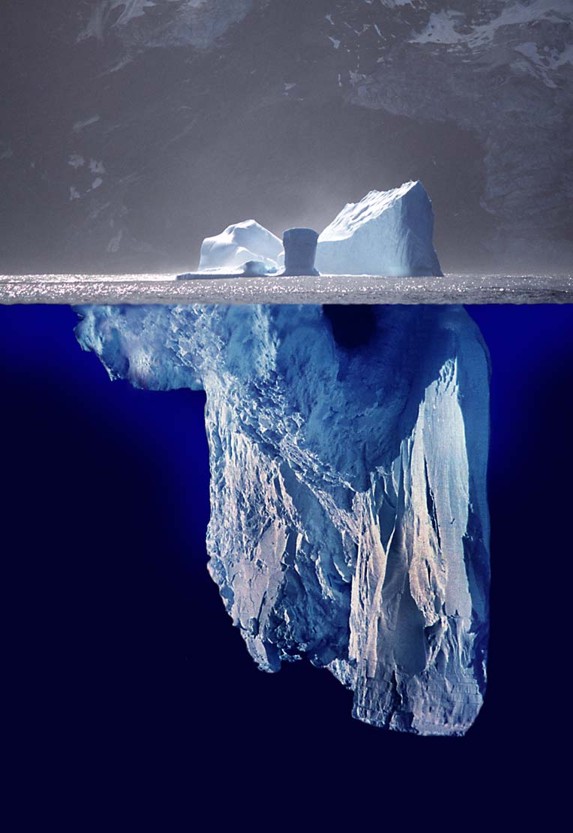 The motion (perpendicular to the wind) is called Ekman Transport. It results from a combination of the wind and the Coriolis Force (due to the rotation of the Earth), which together produce an underwater motion called the Ekman Spiral. Icebergs, which extend large distances below the surface, experience forces from the whole depth of the spiral. The resultant force is $90^\circ$ to the wind direction.

A non-mathematical explanation is given here : https://doddridge.me/2013/04/08/ekman-transport-icebergs-and-algae/. I shall not reproduce it because I think it is clear enough.

This explanation agrees with that given in Wikipedia.

Not the answer you're looking for? Browse other questions tagged newtonian-mechanics friction coriolis-effect or ask your own question.