I was talking with an employee at a company that does I-131 therapy for hyperthyroidism and they said that the Geiger counters they use are "tuned" for I-131, implying that regular Geiger counters are less effective in some way than these special "tuned" Geiger counters.

Is this true? Can a radiation detector be "tuned" in a useful way for specific isotopes, or is this just a marketing ploy used by manufacturers to sell into the medical community?

The gas inside the geiger tube will have a different response according to what kind of radiation is entering and what energy it has. For example, here's Helium's absorption for electrons 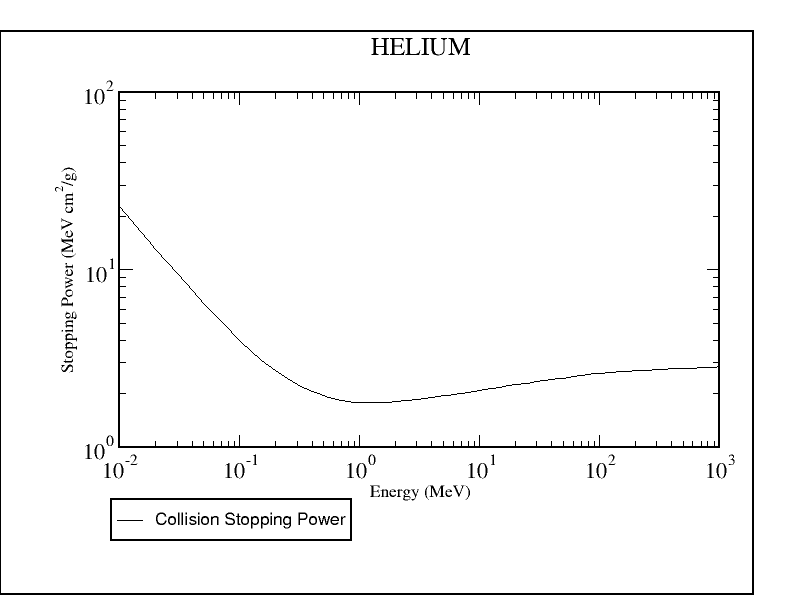 , and here's its X-ray absorption

. The tube only gives you a particle count, but if you have a fixed distribution of incoming particles then you can calculate/calibrate a direct relation between count and dose.

If you are measuring varying energies and particles, you can try to selectively attenuate certain energies in order to get a flat response so that you get a count that is proportional to dose.

True, Geiger counters can be tuned to be more sensitive for certain types of decay and for the amount of radiation emitted.

They can detect ionizing radiation in the form of alpha particles, beta particles and gamma rays. Given the different nature and energy of these types of radiations (alphas are Helium nuclei, betas are electrons or positrons, gammas are photons) a Geiger counter could be tuned to detect with more precision a certain type of radiation than another.

In the case of Iodium-131 the decay is $\beta^-$, so the Geiger should be tuned to detect electrons.

Short answer: turned ionization detectors are easy enough, but they are not "Geiger counters".

The core of a Geiger counter is a gas ionization detector that runs in a saturated cascade mode. They respond to ionization in the gas and are very nearly digital in nature.

Notice that Geiger counters are often rigged to emit an audible click when it respond, and there is no difference between the clicks. That's because the saturated pulse generated by the cascade is the same regardless of the source of amount of radiation.

This energy-insensitive mode of operation has one really big advantage: it's doesn't require careful calibration, which makes is very suited for a basic hand-help survey instrument but completely useless for a particle ID.

You can run the core detector in a linear gain mode, but then it isn't a "Geiger counter", and you need rather more sophisticated electronics backing it. In fact, this is the preferred way to build a sophisticated detector, but it requires careful calibration an the requisite electrons used to be pretty bulky and power-hungry.

There is one thing you can do for resolving different classes of radiation, and that is take advantage of the different penetration depths. At nuclear decay energies (a few 10 of keV up to a few MeV), gammas penetrate more deeply than betas which penetrate more deeply than alphas. By engineering the thickness of the walls you can exclude the alphas or both the alphas and the betas.

However, that is not accurate enough to let you sort middle energy gammas from higher energy gammas (that is to pick out individual lines) because the penetration of any particle ray is subject to considerable random variation.

Most off the shelf Geiger counters have a "thin" window designed to allow betas in. Designing a Geiger style counter to accept alphas is delicate and of limited use because most decay alphas range out completely in a few mm of air.

Not the answer you're looking for? Browse other questions tagged nuclear-physics radioactivity particle-detectors isotopes or ask your own question.

1
Isotope properties plotting tool?
2
Iodine isotope question
13
Absolute isotope activity in a nuclear fallout
1
Different kinds of the same isotope
0
Does KI have to be a salt of stable I-127 isotope?
1
Safety of Polonium Isotope source
21
Is there a known isotope that generates anti-matter?
0
Mass of Isotope