I’m very interested in LED lighting and the different spread of wavelengths that are produced compared to other types (like tungsten).

Given that a White LED bulb actually produces 3 different peaks in the Red, Green and Blue wavelengths. Why do we never experience artefacts of this in reality?

For example, suppose I put an Orange in a room and light it with a tungsten bulb. Let us suppose that it reflects only a very small band of wavelengths between 600 and 610 nm. The light bounces off the fruit and reaches my eye. The light stimulates (mainly) my Red and Green sensors and I perceive this colour as Orange.

However, if illuminated by R, G, B light with the Green at 530 nm and the Red at 680 nm, there will be NO light of the right wavelength available for reflection from the Orange and it will appear BLACK.

Yet we never see this effect, even to the slight degree that a colour would look “odd”. Is this purely because ALL colours around us are – by pure chance – very good at reflecting a wide band of colours AROUND their perceived colour which happens to include the RGB peaks – or is there some other effect taking place?

When an LED bulb has a frosted envelope enclosing it, does this have the effect of spreading the spectrum, or are the peaks still equally distinct after passing through the envelope? In other words, can the envelope shift the wavelength of some of the light on the way through?

What you are talking about is referred to as the Color Rendering Index (CRI) of a light source. I discussed this in a few earlier answers - this, that and particularly this one

Just to recap: if the illumination spectrum does not match the spectrum of white light, a particular color may be perceived as something completely different by the brain. The trick to creating a "good" white light source is the mixing of the phosphors that achieve this effect. Simply using three quasi-monochromatic sources of light (red, green, blue LED) is a really poor way of achieving white illumination: although the eye might perceive the right mixture as white if you look directly at the light source, there's really no telling how you will perceive colors that fall outside of the spectra of the illumination.

And that's precisely what the CRI measures.

This is how the spectrum of a 5000K white LED looks like: 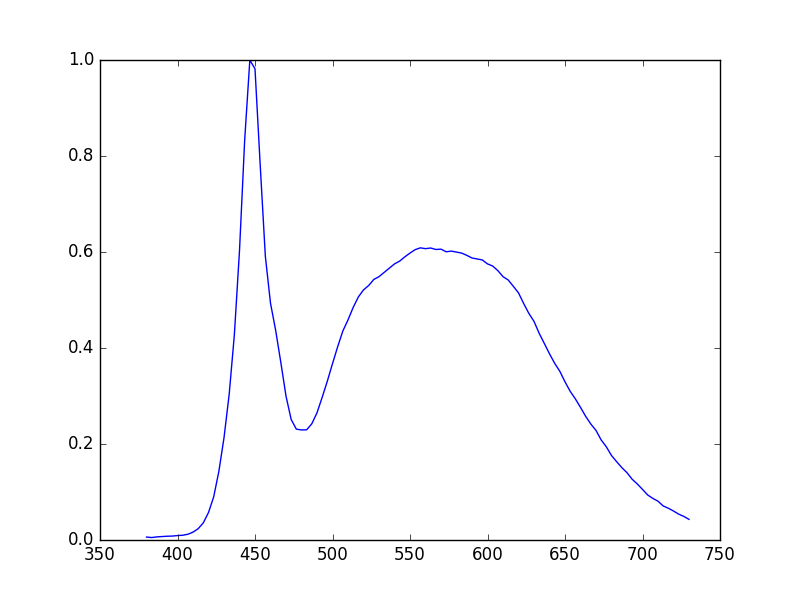 This should answer your first question: the obvious artefacts you are talking about do not appear because even though it is mountain-shaped, the white LED spectrum is continuous: all wavelengths of the visible spectrum are present.

Now, about the orange. The reflectance spectrum of the orange is also continuous: 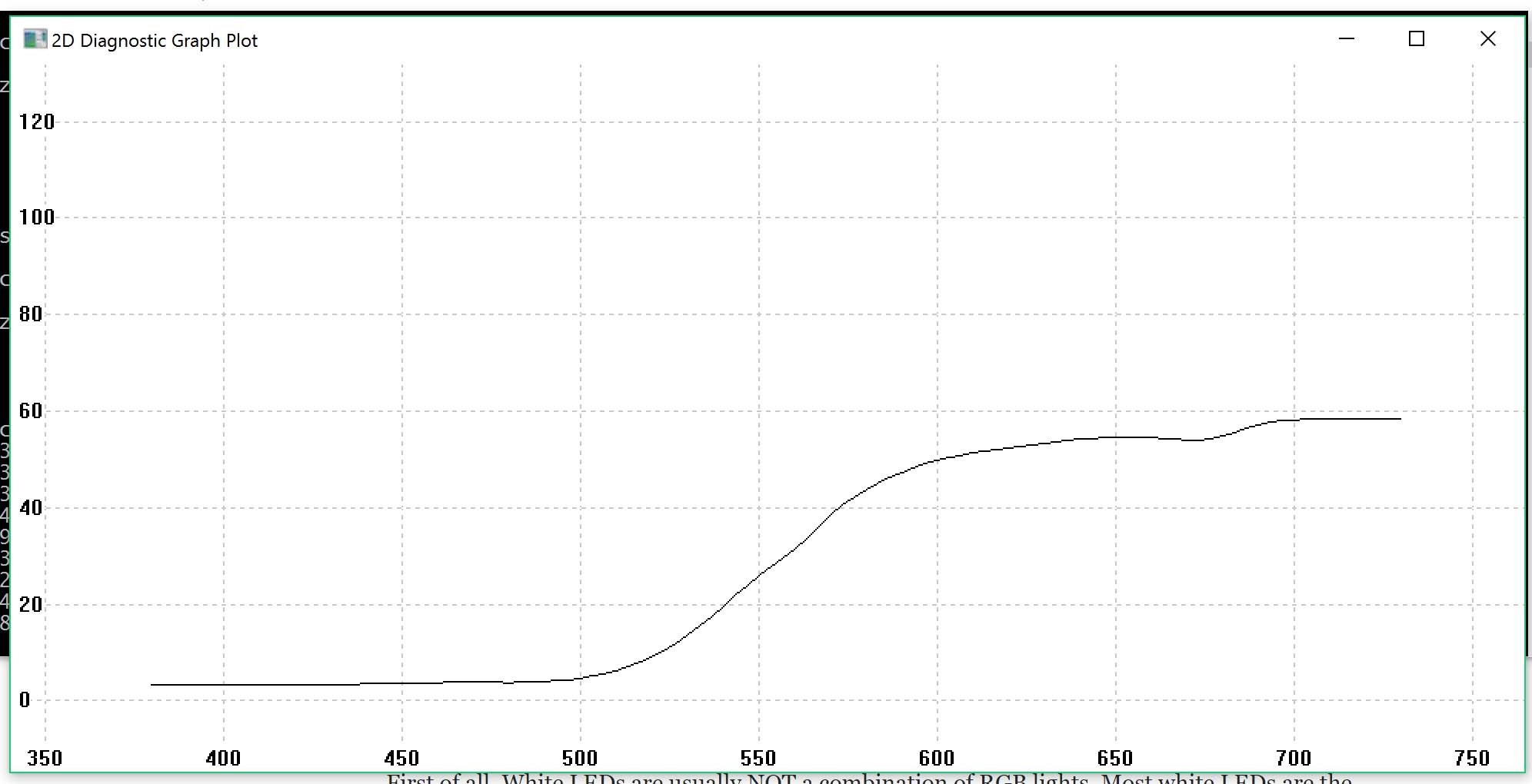 There is no reason the orange will appear black as you say, even with RGB white light, as the light will still be reflected by the skin of the orange.

However, actually you had a good intuition since, as the comments below already point it out, the artefacts exist and the RGB or standard LED white do not render the same colors as, say, the Sunlight.

Notice that if materials could be tuned to reflect 100% of some selected wavelengths narrow bands, these materials would be very colorful and very dark at the same time, as they would absorb most incoming light.

About your third question the answer is NO. The diffusive quality of the envelope (transparent, frosted...) does not significantly changes the spectrum of the light.

Not the answer you're looking for? Browse other questions tagged visible-light vision light-emitting-diodes or ask your own question.

5
What does the colour of a light bulb depend on?
4
Why can we 'make' new colors simply by adding wavelengths?
2
Is white a single color?
3
Why can colors be mixed?
2
Is sunlight truly white?
2
what wavelength is white light made of?

0
Why do objects of a given color appear white under light of that color?
0
Is there any difference in the colour of a 620 nm light and a 621 nm wavelength light?
3
What colour would a green object appear in orange light?
0
How does a yellow colour filter work in the sense of RGB colour model?
1
Human colour perception – summary needed
1
Order of coloured bands of light: red, blue, green, orange, red, violet, green, and violet
4
Why is wavelength of violet colour less than wavelength of blue colour?
1
How would you make a RGB LED equally bright to a broad-spectrum white LED?