Observations of a dying star

Looking far away means looking back in time. Stars evolve and, eventually, they die. Some of them explode as supernovae. Other than this case, when looking at the sky with telescopes, are there examples of the vanishing of the light coming from a star due to its death?

Yes, there appear to be a class of massive stars that simply vanish at the ends of their lives. It is speculated that they collapse directly into black holes.

The evidence is both indirect - for example the gravitational wave detections of $\sim 30$ solar-mass black holes that are part of binary systems is naturally explained if their massive progenitors can collapse directly into black holes, but difficult to explain if most of the mass of the progenitor is blasted into space in a supernova.

However, more direct evidence has been found by comparing pictures of galaxies over time (see below). In some cases, very bright (and presumably massive) stars have just disappeared. You can find a video, discussing this evidence here, which is based on the discovery of such an object by Adams et al. (2017). 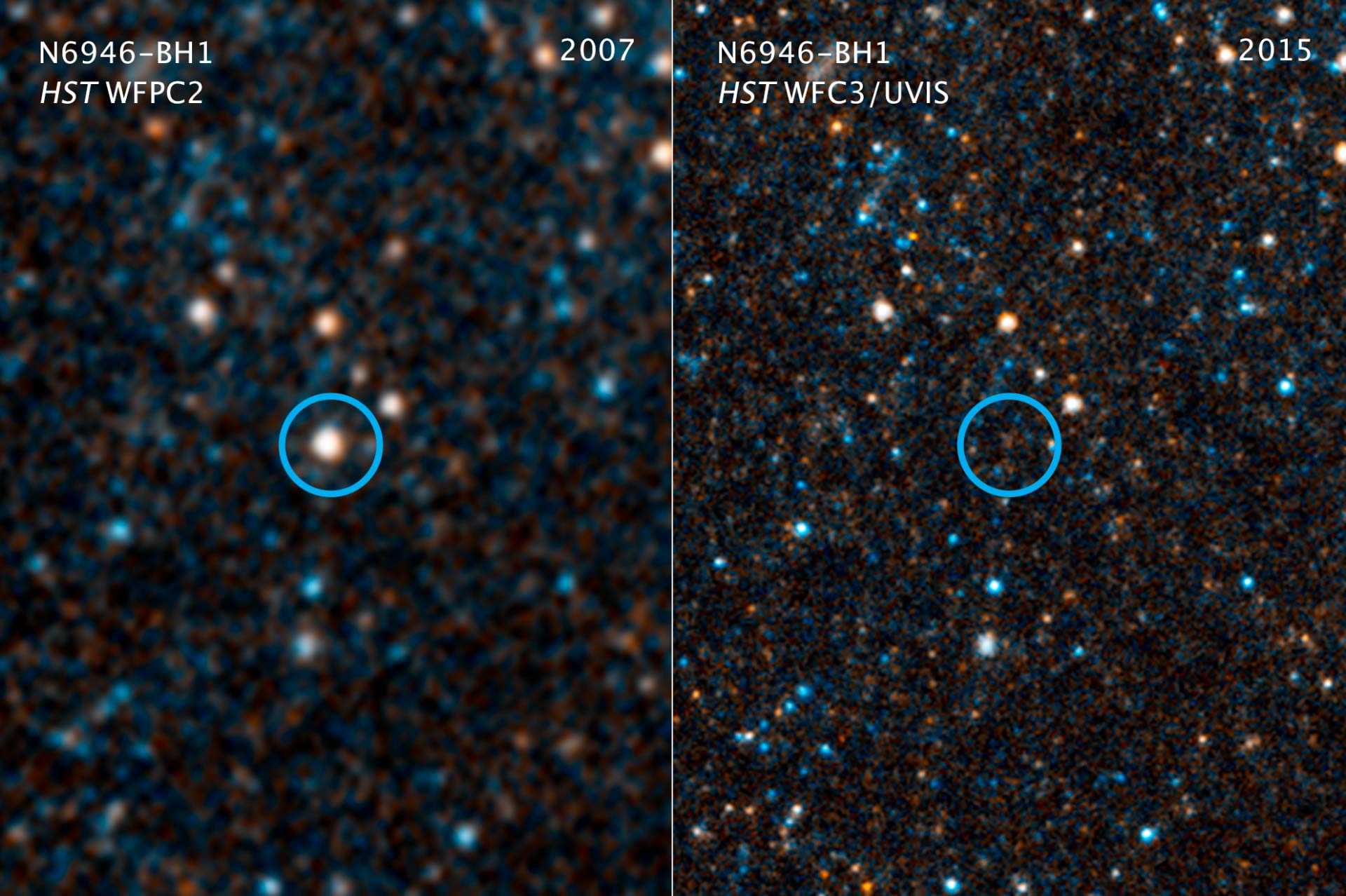 Not the answer you're looking for? Browse other questions tagged astronomy stars or ask your own question.

5
Optical explanation of images of stars?
7
How did enough material from other dying stars accumulate to start our sun and planets?
34
What is the farthest-away star visible to the naked eye?
4
Is it possible to take a picture of a star?
3
Are stars getting more metal-rich, less massive and shorter-lived with cosmic time?
6
Are we seeing the past when we look at the stars?
4
Olbers Paradox Solution
3
What is this big, white, dense, circular collection of stars in this picture taken from a Telescope? (See the image)
2
Resource: Star map which show current actual positions versus current observable positions?