How can escape velocity be independent of the direction of projection of a body?

I read that the escape velocity of a body is independent of the direction of projection.

For example, I could throw a ball at $11.2$ km/s velocity horizontally, and it would still leave earth.

I am unable to visualise or understand this. Could someone explain?

Edit: I think I should put my exact problem down more clearly. 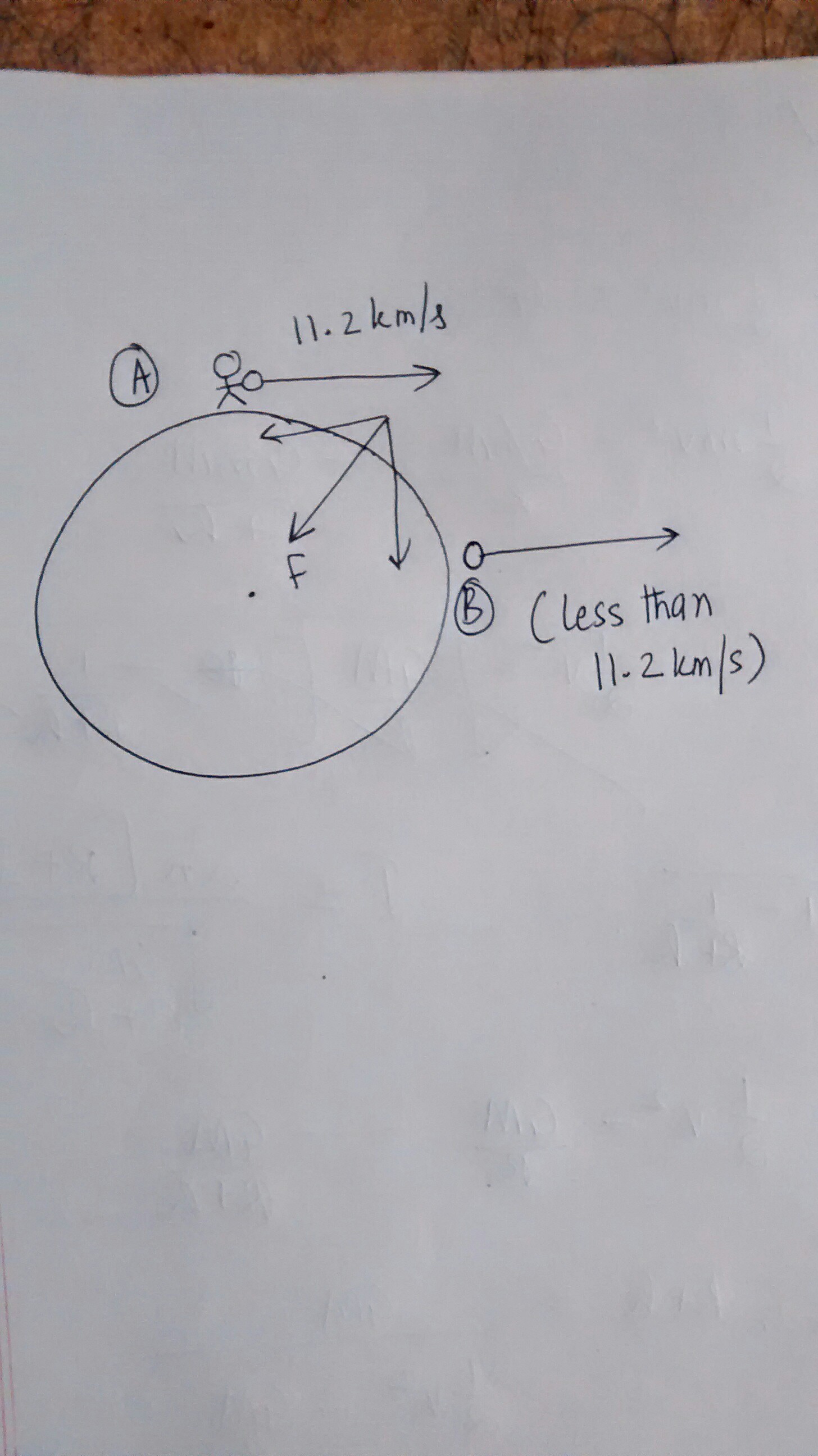 At point A: I release the ball. It has horizontal velocity of 11.2 km/s.

From A to B: Gravity acts on the ball. One component slows down the horizontal velocity and one component constantly attracts the ball to earth.

At B: the ball is trying to leave earth with less than escape velocity.

What I realised: B might not be exactly on earth, the ball might have already covered some height.

So right now, I would just like someone to confirm if what I realised is right. (Or correct me.)

Because it is a energy balance between a potential $V(r)$ and the kinetic energy of the object $ T = 1/2mv^2$, so the work to do provide in order to escape: $T > V$ does not depend on the path followed by the object (it only depends on the module of it’s velocity).

Of course, the escape velocity is all about energy, and a very special 'thing' about $1/r^2$ forces is that energy of an orbit does not depend on the eccentricity. Hence, if you are at a $r_0$ with energy $V(r_0)<0$, you just need:

In principle, the independence of $E$ from $\epsilon$ can be related to the conservation of the Laplace-Runge-Lenz vector:

but at this moment, I am not having a "Eureka" moment as to how that applies here.

Not the answer you're looking for? Browse other questions tagged gravity newtonian-gravity escape-velocity or ask your own question.

3
Escape velocity at an angle
1
How high can a light-beam (or apple) travel when pointed (thrown) out from the event horizon?
3
Why is escape velocity independent of direction of projection?
1
Violation of Gravity as a Conservative force?
0
Escape velocity questions
1
Question regarding Kleppner Kolenkow Example 5.5 "Escape Velocity—the General Case"
0
What happens if a projectile is projected with escape velocity but not upwards?
0
Have solar wind particles escaped the Sun's gravity or will they eventually return back?