Why is visible light easily blocked by pretty much anything but radio waves are not?

Light (visible part of electromagnetic spectrum) is easily blocked by most materials. Radio waves are not but also X-rays are not. What is so special about this small part of the spectrum since both shorter and longer waves seem to behave differently?

Blocking means there are interactions with the light that manage to absorb it completely.

Most materials are opaque to visible light due to the underlying quantum nature of matter. To emit light or absorb light there should be energy levels that will "trap" those frequencies 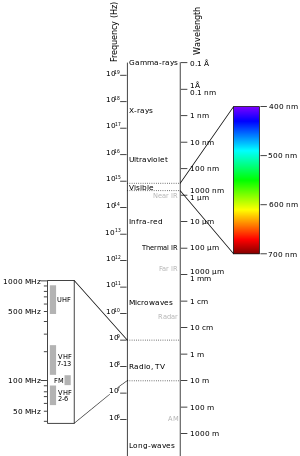 Yes, x-rays and higher energy photons pass through thin layers of matter because they mostly scatter. Only very low frequency radio wave will go through anything. Most other frequencies will resonate with some electronic energy bands and particularly metals can trap them.

So it is not a "small part of the spectrum" that is blocked. What is true is that radio waves go through non metalic materials because there are no electronic energy levels to absorb them or reflect them. And the same is true for X rays and higher frequencies.

Many frequencies of waves are blocked easily - for example, see this graph of atmospheric electromagnetic absorption --> https://en.wikipedia.org/wiki/File:Atmospheric_electromagnetic_opacity.svg

However, you also asked what is special about visible light - well, it's special to us because we can see it! We have evolved retinas that respond to this part of the spectrum, reacting to and interpreting the received light as visual information.

It is plausible this happened because the solar spectrum peaks in the region of visible light, making it the part of the spectrum which has the potential to provide the most information.

Is there something special in the visible part of electromagnetic spectrum?

Whilst your general statement about radio waves is true, X-rays do not in general pass through all materials better than visible light (eg consider the Earth's atmosphere or water).

I'll offer you a different take on the radio wave transparency issue.

The interaction of light with matter can be dealt with in terms of a macroscopic absorption coefficient that is related to microscopic radiation processes as $$\kappa = \frac{h\nu_{ji}}{4\pi}(n_i B_{ij} - n_j B_{ji}),$$ where $n_i$ and $n_j$ are populations in levels $i$ and $j$ and $B_{ij}$ and $B_{ji}$ are the Einstein absorption and stimulated emission coefficients for transitions between these levels.

It is important to note that stimulated emission is equivalent to negative absorption.

Now the Einstein coefficients are related to each other (see https://en.m.wikipedia.org/wiki/Einstein_coefficients), such that $$ g_i B_{ij} = g_j B_{ji},$$ where $g_i$ and $g_j$ are the statistical weights of the respective energy levels.

Now radio wave transitions with wavelengths longer than say 1 m, have corresponding energies of $<1.2 \mu eV$. So even if temperatures are similar to the cosmic microwave background (and not much gets cooler than this), the term in brackets is very close to zero. Thus even where there are appropriate transitions at radio wave energies, any true absorption is almost exactly cancelled out by stimulated emission, resulting in no net absorption $\kappa \simeq 0$.

Note that this is only a partial explanation that deals with the lack of atomic or molecular absorption at discrete energies. However similar arguments pertain to continuum absorption processes.

A somewhat different argument can be employed for materials with free electrons and high conductivity. Here the classical skin depth is proportional to $\nu^{-1/2}$. So low frequencies penetrate further.

Not the answer you're looking for? Browse other questions tagged electromagnetism visible-light or ask your own question.

7
Is there something special in the visible part of electromagnetic spectrum?