Using a naked black hole as a mirror? 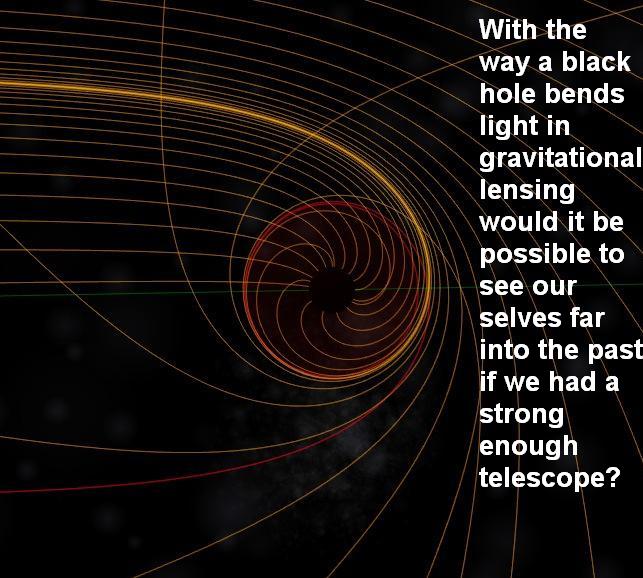 http://www.youtube.com/watch?v=ENd8Sz0AFOk The YouTube video is a good example how the gravity of this merging binary black holes bend light around themselves.

No, you could not make this work. A black hole acts like somewhat like a lens. The effective focal length for beams that get bent by 180 degrees would be rather short, so the nearly parallel beam emitted by you standing far away would be scattered long before it made it back to you. In practice it would be practically impossible to make even a real mirror flat enough and large enough (because of diffraction) to avoid that problem in general.

To give you an idea what can be achieved with mirrors, take a look at the lunar laser ranging experiments: https://en.wikipedia.org/wiki/Lunar_Laser_Ranging_experiment. These are using an optimized type of mirror and a fairly large telescope with a laser beam to send light to the moon and measure the time it takes to return to us. The powerful laser beam has a roundtrip time of about 2.5 seconds, but only about one photon makes it back per second. The experiment is basically close to what is physically possible with a passive mirror.

One could do a little bit better than this with larger corner cube reflectors that have less diffraction, of course, but even that would only improve the distances by a trivial factor, nothing that even comes close to what you mean by "far in the past".

According to this black hole light trajectory maybe with new breakthroughs like the Event Horizon Telescope https://en.wikipedia.org/wiki/Event_Horizon_Telescope, but the telescope will need to be an optical telescope and may have to be much bigger than the Hubble and see much farther. No for now as well. 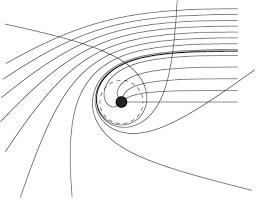 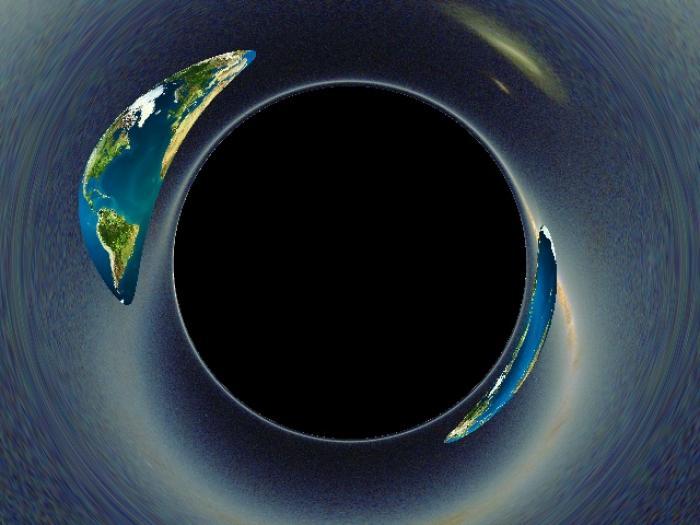 http://jila.colorado.edu/~ajsh/insidebh/schw.html Dr Andrew Hamilton, U.Colorado This picture illustrates how Earth would appear if the black whole was the same size of Earth, next to Earth and from Earth.

Yes. When you look at a (Schwarzschild) black hole with a sufficiently good telescope (according to GR), you see arbitrarily (infinitely) many "Einstein rings". Between each concentric pair of rings, there is an image of the entire surrounding sky.

These images correspond to the light paths (null geodesics) that are unbound but very close to the photon sphere (r=3M). In other words, light rays (from distant stars, planets, or you) which orbit the black hole arbitrarily many times before escaping (to your telescope). The more times that the light orbits the black hole, the more time passes (e.g. in a reference frame stationary with respect to the black hole) between when it was emitted and when your telescope detects it. So by looking between inner Einstein rings, you can see see yourself (or your planet and sun) arbitrarily far in the past.

The problem is that the light ray needs a very precise trajectory for this to work, so you will also need extreme magnification (and correction for distortion), and very little radiated power will be received (so even with a large aperture you will need very sensitive sensors). In practice this is completely infeasible, but since you stipulated a strong enough telescope..

Not the answer you're looking for? Browse other questions tagged general-relativity visible-light black-holes reflection gravitational-lensing or ask your own question.

1
Shouldn't we also see our galaxy clusters in that ring just beyond the shadow of M87?
1
On geometry of light's path in the Universe

2
Time travel to the past in binary black hole system
1
See behind the black hole
2
Pulling apart a Black Hole
3
Will a disco ball really end up inside a black hole?
0
Spacetime curvature around a black hole